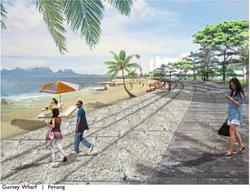 An aerial view of reclaimed area for the Gurney Wharf project along Gurney Drive in Penang.

THE once popular seafront promenade along Gurney Drive in Penang will be restored to its former glory by next year.

Phase one of the massive RM176mil recreational waterfront project - Gurney Wharf - is expected to be completed by March next year featuring landscapes, a skate park, a promenade, a children’s playground and kiosks selling snacks.

“Phase one of the public park will be ready in about a year’s time from now.

“Phase One will feature a green area, which is in line with our objective of having a cleaner, greener, safer and healthier state.

“It will also be fully equipped with facilities for the disabled to ensure easy access for everyone, ” he said during a site visit at the reclaimed land along Gurney Drive yesterday.

About 50 acres (20ha) of the 131 acres (53ha) reclaimed area will be turned into a public park complete with public facilities and amenities for the disabled.

Jagdeep said further phases would feature facilities like car parks and recreational facilities for Penangites and tourists to enjoy.

“The second component comprising the food court, hawker centres, retail centre and water taxi facilities will begin as soon as possible, ” he said, adding that reclamation works had been completed but the place is not open to the public yet.

The Gurney Wharf project is touted as the state’s seafront park-in-the-city project.

The entire reclamation project spanning 53ha was completed in September 2019 but the project took a break due to travel restrictions and for the land to settle.

A partnership between the Penang government and Think City, it is developed by the

George Town Conservation and Development Corporation to create a city core between George Town on the island and Butterworth on the mainland.

Its conceptual master plan is by Grant Associates, a renowned consultant architect involved in international projects including the Hive, Bristol Harbour Site and the Cambridge Accordia plus Singapore Gardens by the Bay. 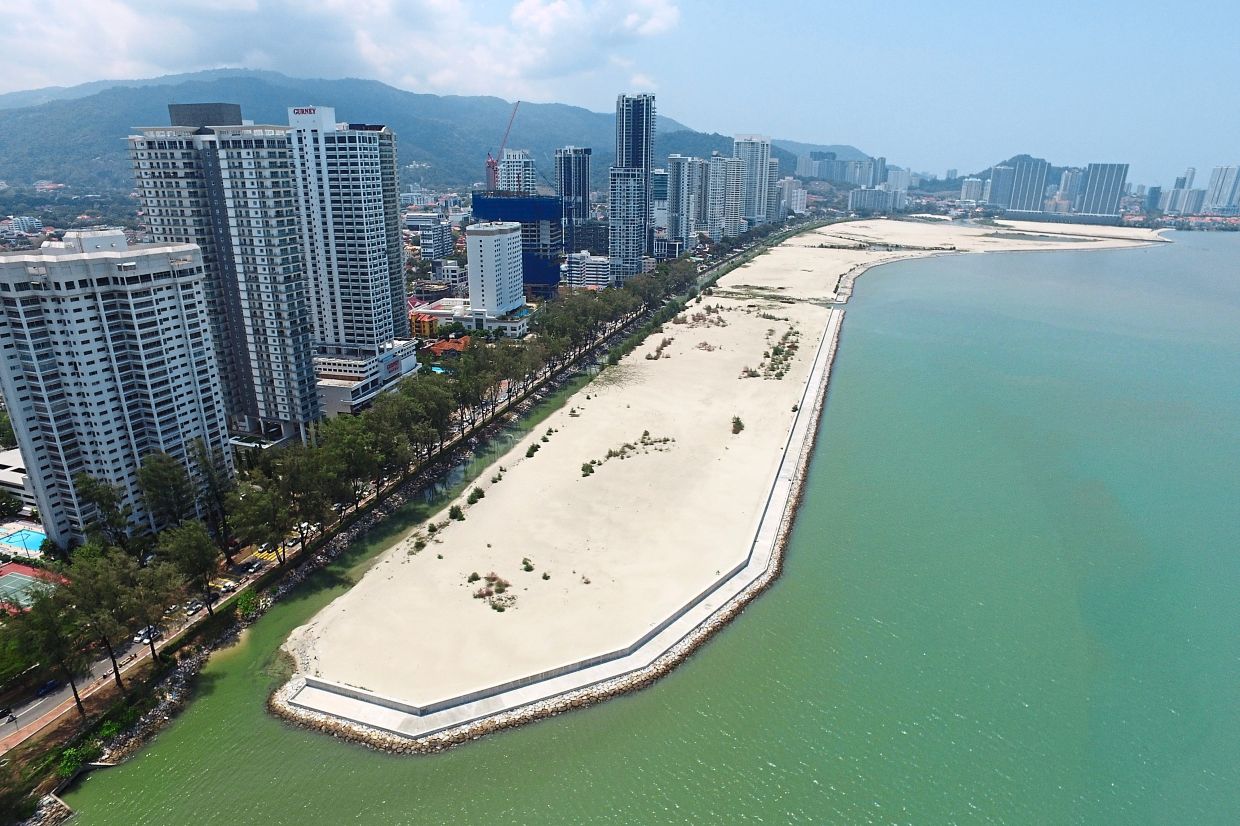 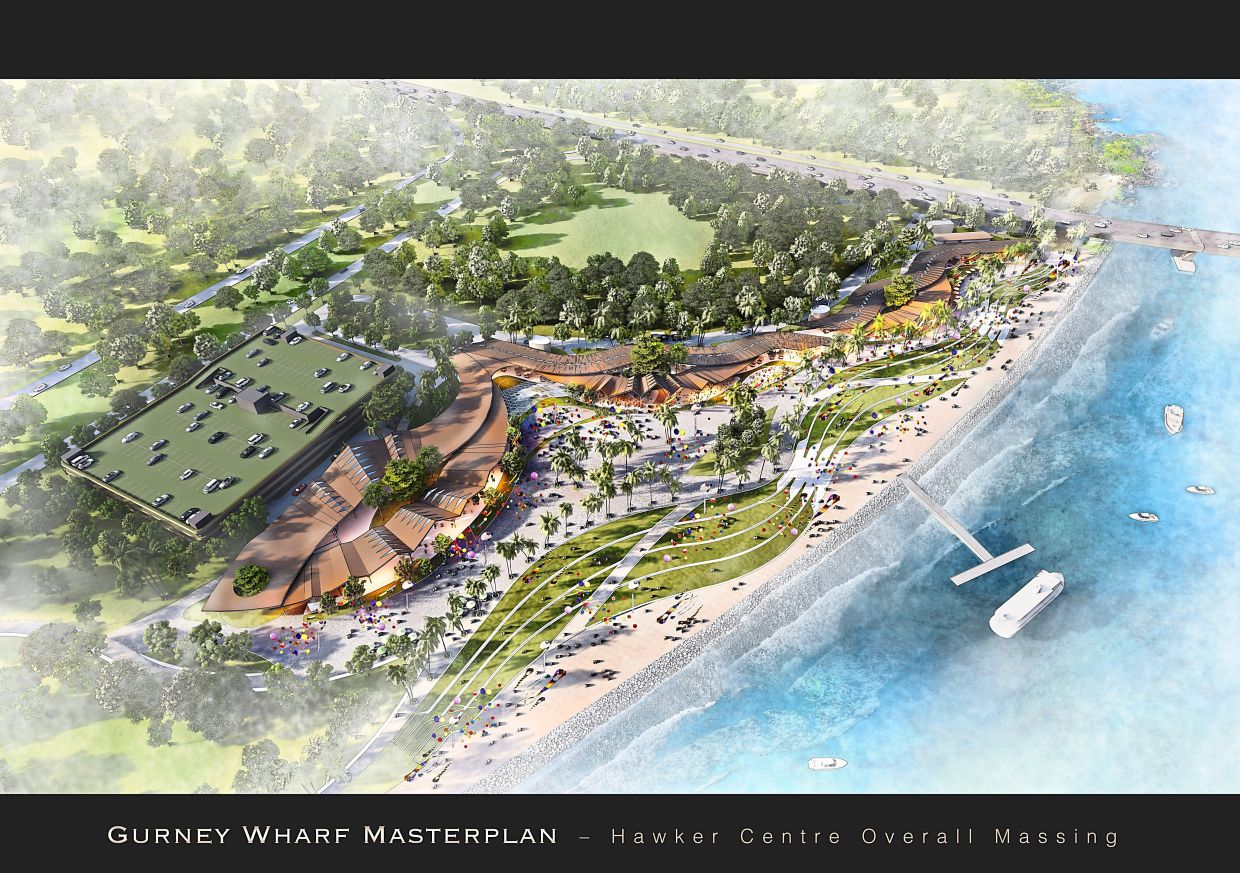 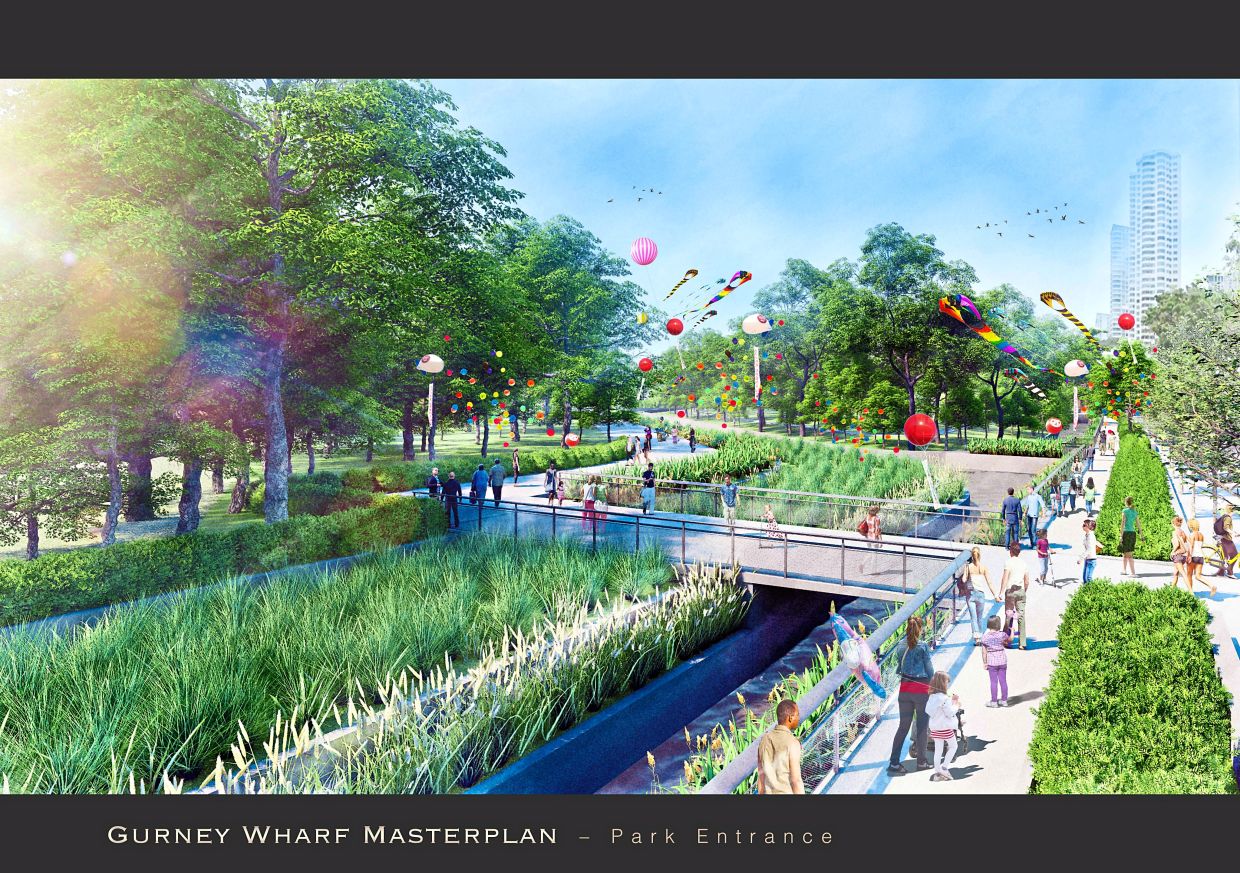 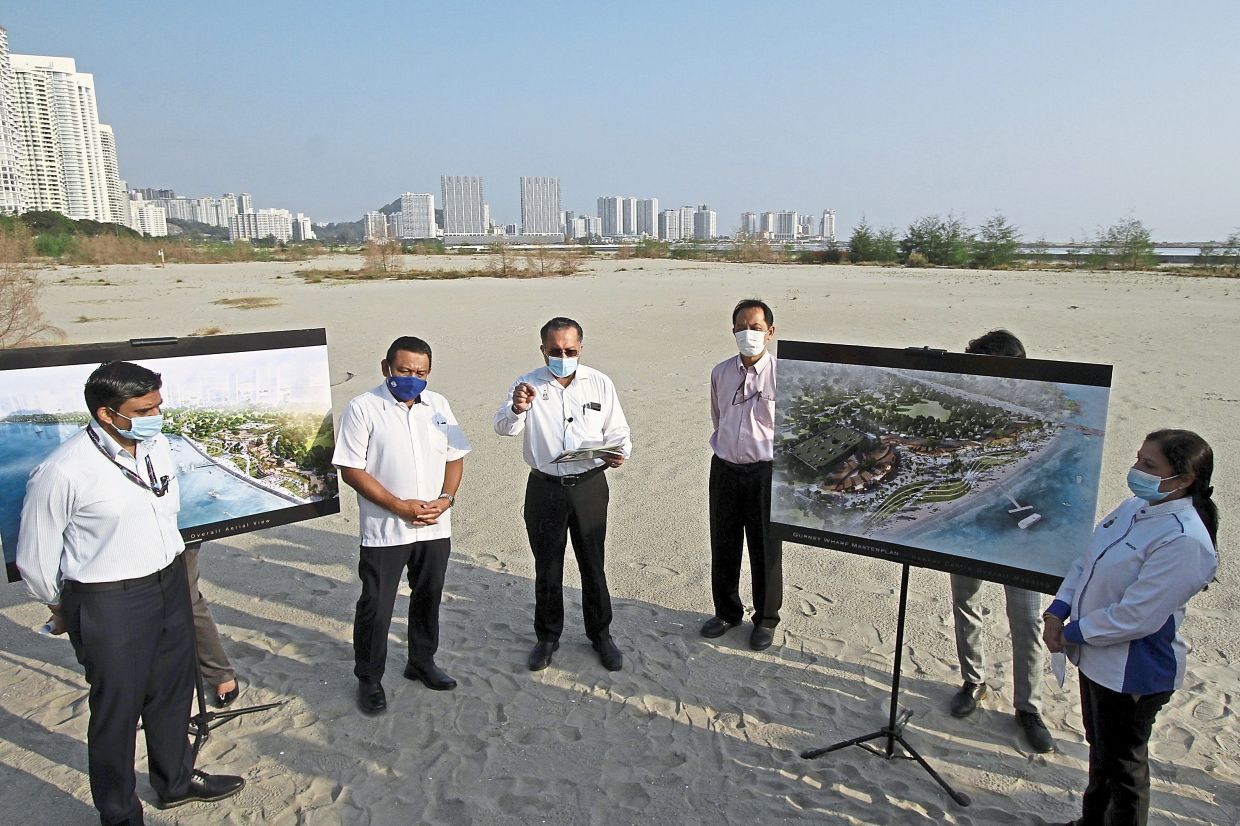 An aerial view of reclaimed area for the Gurney Wharf project along Gurney Drive in Penang.

An artist’s impression of the hawker centre.

A sketch of the north entrance to Gurney Wharf. 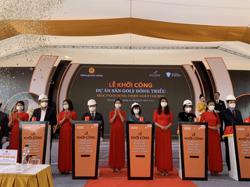 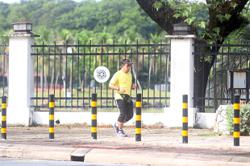