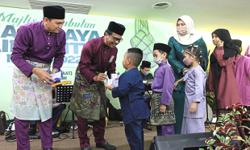 ONE of the interesting additions to Shah Alam City is the Selangor-Japan Friendship Garden next to Dataran Kemerdekaan which was officially opened to the public in a simple ceremony at 5.30pm on Friday (March 12).

The launching of the friendship garden marks a milestone in the steadfast trade and investment ties between Selangor and Japan, Shah Alam City Council (MBSA) mayor Datuk Haris Kasim said.

He added that the 2.42ha garden is part of the East Lake of Shah Alam Lake Gardens and has been designed with cultural elements to signify the mutual friendship and strong cooperation between Selangor and Japan.

Japan Information Service 3rd secretary Iwai Imari from the Japan Embassy accompanied Haris, councillors and council staff for a walk around the garden.

Haris added that MBSA sees the garden becoming a focal point for domestic and foreign tourists.

“Gardens like this will spur the tourism industry in Shah Alam, specifically arts and culture, ” he said.

“The friendship garden has a unique element where the perimeter fencing uses bamboo," he said.

The garden is open daily from 10am to 7pm, and entry is free.

Haris added that the garden will become another popular location for wedding photos in Shah Alam.

MBSA hopes the garden will attract people’s interest to visit Shah Alam and at the same time, encourage people to hold picnics with their families and friends.

MBSA deputy mayor Mohd Rashidi Ruslan said the garden offered a place for the people of Shah Alam to sit, enjoy a sense of peace, and reflect on the beauty and power of nature. 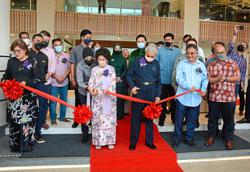 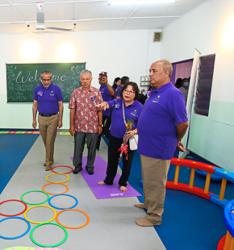