A DBKL officer pasting a closure notice on a premises involved in activities not permissible under the licence.

MANY businesses in Kuala Lumpur’s city centre have either closed down or are on the verge of collapsing due to the impact of the Covid-19 pandemic.

They include food establishments, retail shops and service industries.

Particularly hard hit are budget hotels, massage centres and reflexology outlets which have only been allowed to reopen on March 5 following the conditional movement control order.

In such circumstances, illicit activities like prostitution has reared their ugly head on an even larger scale than before.

Foreign women who have lost their jobs during the pandemic are willing to work in these places in exchange for food and shelter.

Salmah (not her real name) is a 25-year-old shampoo girl who lost her job when the country went into lockdown on March 18 last year.

The Indonesian national was working in a hair salon in Kepong, Kuala Lumpur when she was asked to leave due to the pandemic.

Attempts to find a similar position proved futile as hairdressers were one of the businesses that were not allowed to operate for a long time.

With no money for rent and food, Salmah turned to prostitution.

She was provided a room in a budget hotel with kitchen facilities, and in return, she sleeps with men and gets a small cut from her earnings.

Salmah is just one of hundreds of women, mostly foreigners, in a similar predicament.

The shutdown of Kuala Lumpur’s tourism sector has had an especially adverse impact on businesses and their employees are among the worst hit by the Covid-19 pandemic.

“I am safe inside here.

“We get a room to sleep, a place to bathe and food to eat. If I was out there, I would be alone and may get Covid-19, ’’ Salmah told StarMetro.

Statistics showed that in the first two months of the year, 22 outlets, including massage parlours, reflexology centres, and budget hotels were shut down by a special task force from DBKL’s Enforcement Department.

Task force enforcement and investigation head Mohd Hisham Izhar, who leads a team of 60 personnel, said since last year, some 100 businesses have had their licences cancelled by DBKL for flouting various regulations.

The raids were conducted under the Local Government Act 1976, Hotels (Federal Territory of Kuala Lumpur) Act 2003 and Licensing of Trades, Businesses and Industries (FTKL) by-law 2016.

“From our investigations, the operation (prostitution) is carried out by foreigners while the establishments belong to locals.

“Most of the establishments are massage parlours, reflexology centres and budget hotels, ’’ he added.

Mohd Hisham said in the case of budget hotels, it would have a standard frontage and lobby area.

But on the inside, the rooms resemble private sleeping quarters, complete with stove and kitchen utensils.

“It is clear that the women live and work on the premises, ’’ he said.

In some budget hotels they raided, at least half of the rooms were allocated for illicit activities.

Mohd Hisham said the task force would carry out covert operations by having personnel go undercover as customers.

“Usually before a raid is carried out, our officers in plainclothes would monitor the site for one to two weeks, ’’ he said.

They discovered that the syndicates use apps like WeChat, Michat and WhatsApp to offer prostitutes who are mostly from Thailand, Indonesia and Vietnam.

Mohd Hisham said 70% of customers are foreigners, mostly from Bangladesh, Indonesia, and India.

The men and women caught would be handed over to police and immigration for further action while DBKL would confiscate the illegal items and seal the premises.

Asked if the pandemic had caused businesses to flout the rules, Mohd Hisham said: “Not entirely. The sex trade has been around for a long time, but there is a shift in the timing of their activities.”

“Unlike previously when the peak time was after midnight, now it’s occurring in the afternoon particularly after 2pm, ’’ he said.

Mohd Hisham said when interviewed, the women claimed to have no other means to survive.

“It has been happening since before the pandemic. Most budget hotels do not want to risk their licences getting revoked by DBKL so they try not to get involved in illegal activities, ’’ he said.

Oh opined that some sex-for- sale syndicates are moving from hotel to hotel to avoid detection.

But he acknowledges that if half of the hotel rooms are being used for illicit activities, chances are the management is aware of what’s going on.

“We are open to working with the authorities, ’’ he said, adding that the association has always told members not to allow their premises to be used for illegal activities.

MyBHA has over 200 members and the occupancy rate of many is hovering around 10% due to the second movement control order.

“We need at least 60% occupancy to break even. Many budget hotels are on the verge of closing down or have temporarily closed.

“We need a special task force to handle the tourism industry. Otherwise more people will be laid off if there are no solutions to save the business.

“This will only push many who are out of a job to desperation and criminal cases will increase, ’’ added Oh. 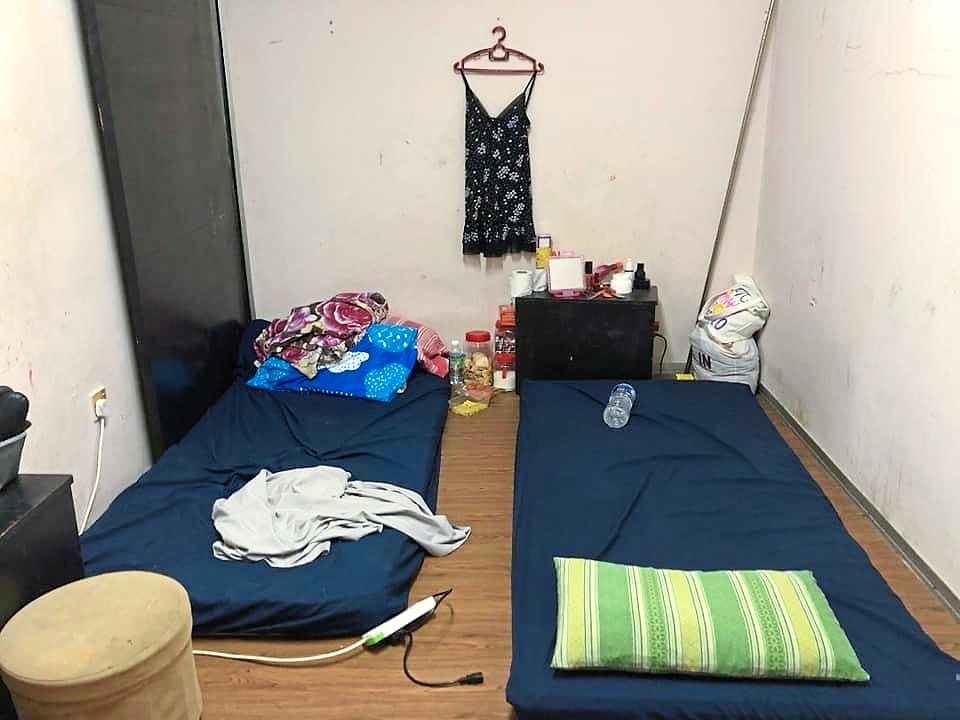 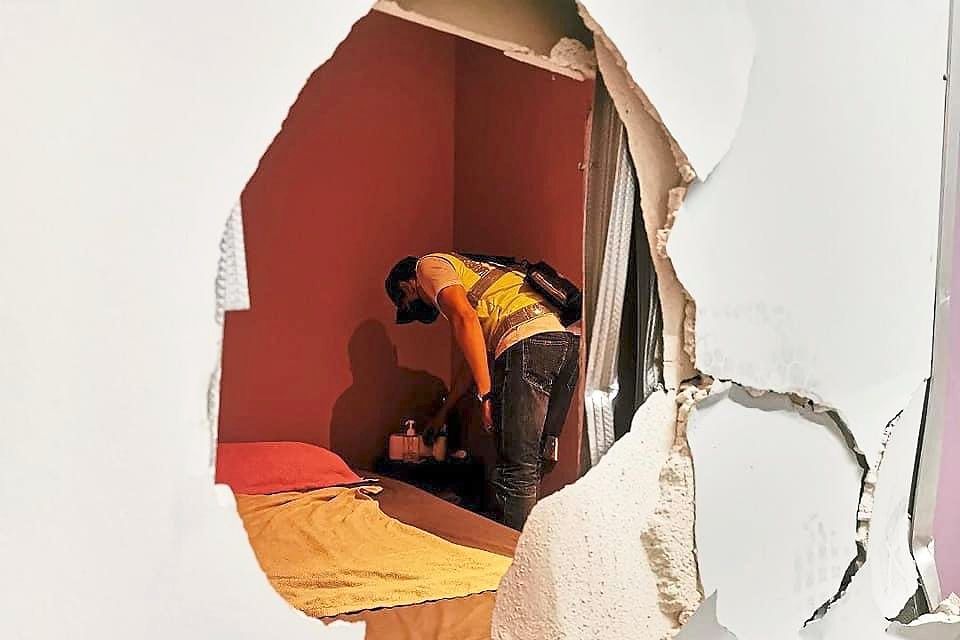 A DBKL officer pasting a closure notice on a premises involved in activities not permissible under the licence.

A massage parlour being raided by the DBKL enforcement team for suspected illegal activities.

The workplace of sex workers is also their sleeping quarters.

A DBKL enforcement personnel checking on a business premises believed to have been conducting illegal activities after tearing down a partition.