HAILSTORM and heavy rain swept across Changlun in Kedah and its surrounding areas damaging roofs of dozens of village houses and uprooting trees.

Tiny balls of ice falling from the sky along with the downpour affected more than 20 houses in Kampung Sungai Buluh, Kampung Batu 13, Kampung Lembah Keriang, Taman Teja and Kampung Masjid. 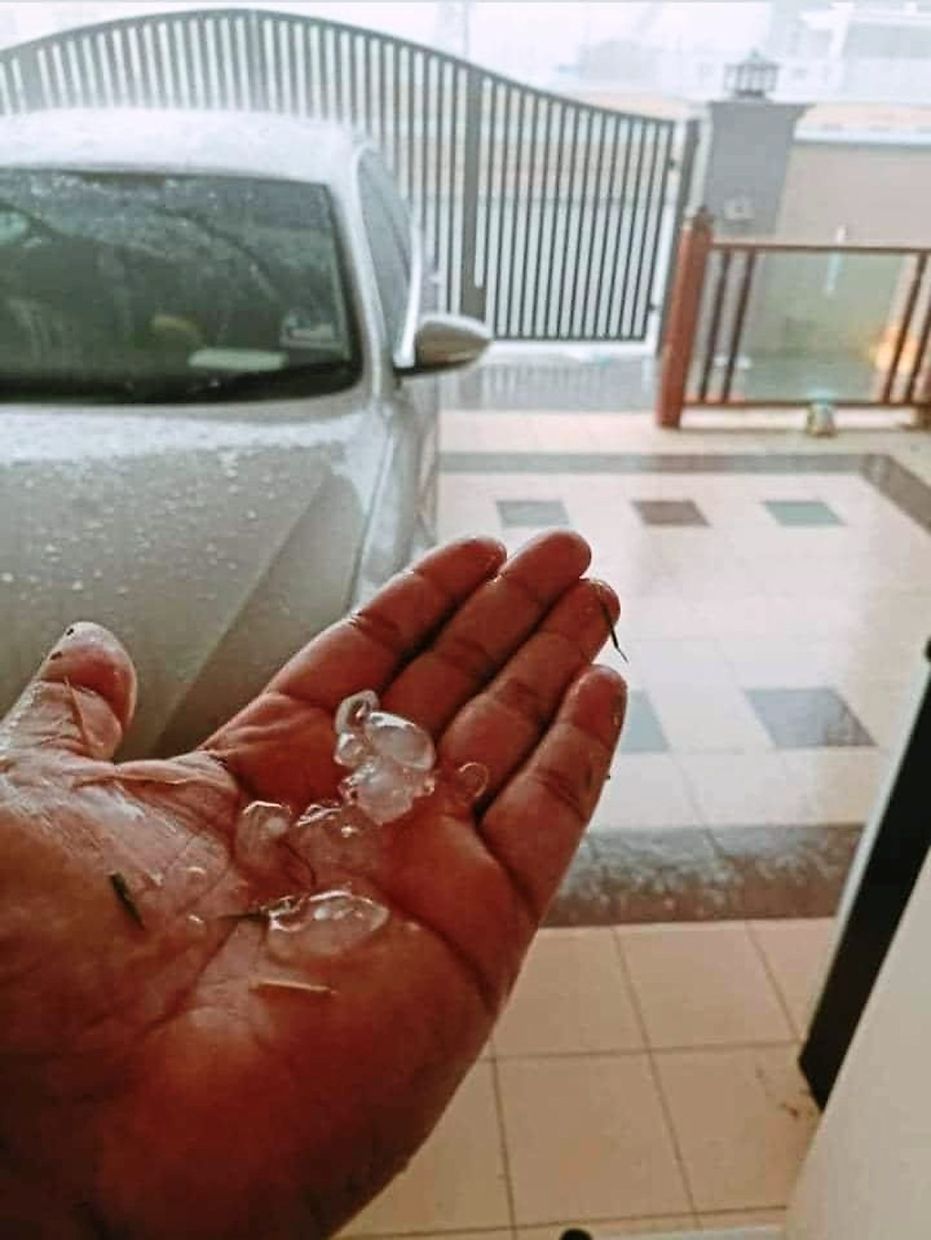 The little ice pellets that fell from the sky.

Villagers were surprised by the hailstorm which briefly happened during the three-hour downpour that started at 4.30pm on Wednesday.

They took photos and videos of the phenomenon before sharing them on social media.

Policemen from the Kubang Pasu and Changlun police stations are still assessing the damage incurred.

However, villagers managed to remove and clear the uprooted trees later that evening. 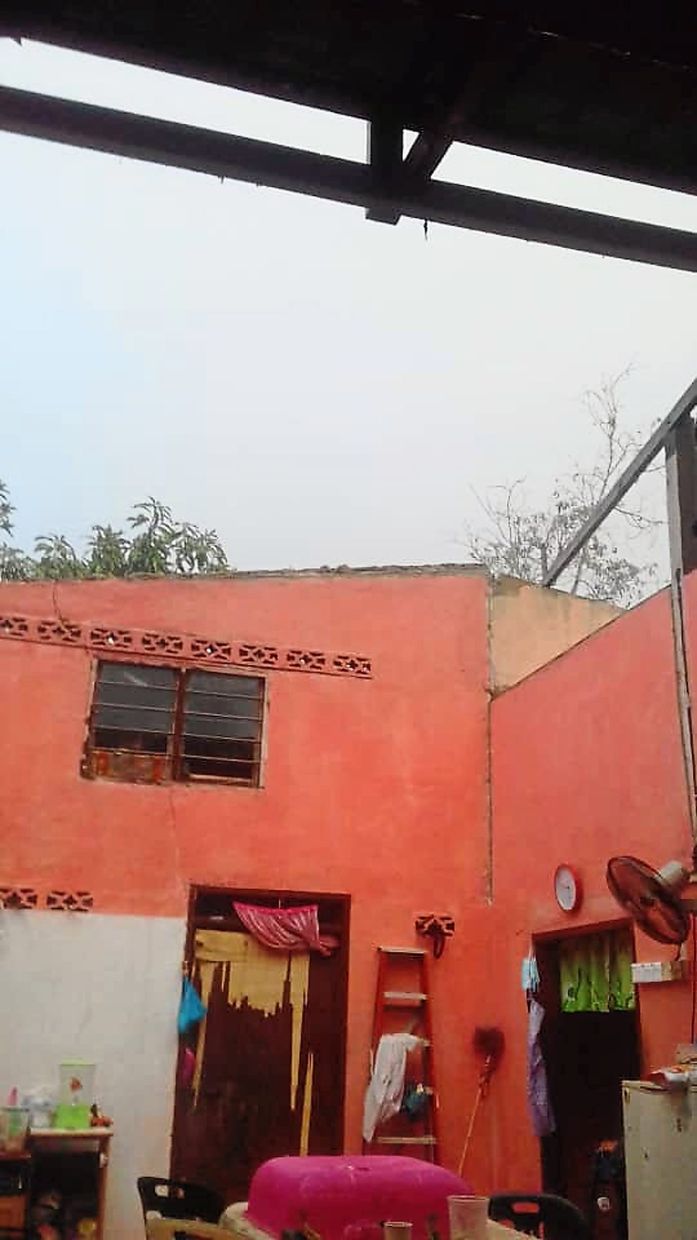 One of the houses with the roof blown away at Kampung Lembah Keriang in Changlun, Kedah.

A villager, who wished to be known only as Yazid, said the rain ended at 7.30pm while the hailstorm happened at about 7pm, lasting for about 10 minutes.

He said the roofs of a few houses were blown away by strong winds but no casualties were reported.

“We have still not assessed the cost of damage, ” he said. 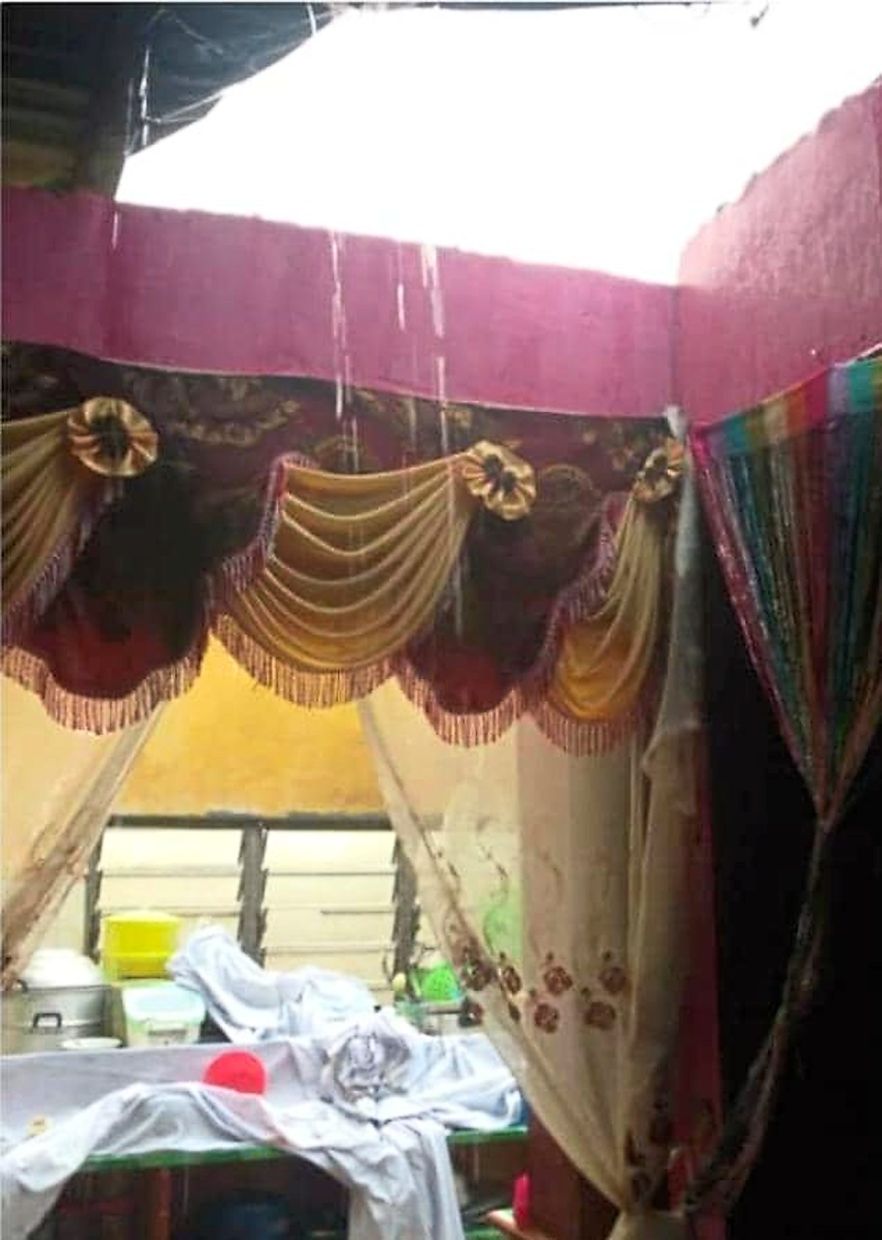 Rain pouring into a house after the roofing was ripped off in the storm.

Several trees were uprooted along Km5 of the North-South Expressway heading to Bukit Kayu Hitam, he added.