Amrish says PJD Link is following the advice of Selangor government, which is to engage with the public.

The highway is planned as part of the integrated Klang Valley transport system.

The first plan, presented to the Selangor Economic Action Council, is a route which starts at Bandar Utama and passes over Jalan Harapan towards the Section 14 Sungai Penchala river reserve, connecting to Petaling Jaya Old Town and ending in Bandar Kinrara, Puchong.

The second plan, proposed by a small group of residents, suggests that the highway pass over Jalan Harapan, Jalan Khoo Kay Khim and Jalan Utara before going through Petaling Jaya New Town, which then connects to Petaling Jaya Old Town and ends in Bandar Kinrara, Puchong.

He said PJD Link would adhere to the Selangor government’s advice to engage the public.

“We are open to suggestions from residents.

“In fact, one of our proposed routes is a suggestion from the public.

“The highway is still at the proposal stage and the routes are not finalised. More ideas will help to improve the plan, ” he said. Currently, there are several traffic links connecting those coming from Kuala Lumpur and Klang to Petaling Jaya.

However, there is a lack of connectivity for traffic coming from Sungai Buloh and Bandar Kinrara to Petaling Jaya.

“The existing roads will still continue to serve their purpose and none of the local roads will be cut off, ” he added.

The dual-carriageway highway is estimated to be 34.3km, comprising 12.5km of mainline and 21.8km of ramps.

Eight interchanges are planned and it will be based on an open toll concept, whereby toll payment is done at selected locations along the route.

“The highway is expected to be fully funded privately and the first project of its kind if the plan goes through, ” said Amrish without disclosing the estimated construction cost.

“Everything will be privately funded, including land acquisition and construction. There will be no government subsidies involved, ” he added. These studies are an important factor for the project to be approved by the authorities, he acknowledged.

He said the studies would be based on traffic flow before the Covid-19 pandemic hit the nation.

“Traffic pattern has changed because of the movement control order, as more people are working from home.

“However, these studies will take into account actual traffic prior to the MCO, ” he added.

The alignments were planned to pass through areas that would capture many developments and commercial areas.

These areas will see the highway with inlet ramp routes.

Amrish said the highway would also act as a new trunk line for new fixed bus routes between Kinrara and Damansara.

“PJD Link is currently working with public transport partners to design new bus routes for the communities that the highway serves, ” said Amrish.

He said the town planners would compile the EIA, TIA and SIA studies in the coming months and submit them along with several other reports to the Town and Country Planning Department.

“When we submit the plan to Petaling Jaya City Council, we will certainly adhere to the requirements set by the council such as to hold town hall sessions, ” he said.

“The highway will have a great economic output impact, estimated to be RM6.5bil, based on a PwC report in December.

“In the report, the project is noted to support an average of 12,000 jobs per year, ” he highlighted.

Those interested in sharing their views can email to info@pjdlink.com.my 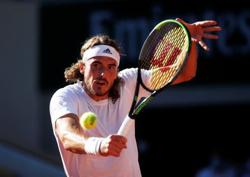