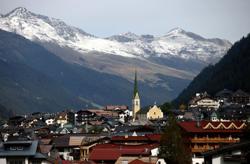 The Gopeng town centre is marked by the Dataran Rafflesia Gopeng Roundabout. (Left) Gua Kandu is not as famous as Gua Tempurung but is slowly becoming a favourite haunt of caving enthusiasts. — Photos: RONNIE CHIN/The Star

MENTION Gopeng and people will more often than not associate it with Gua Tempurung, which is the largest limestone cave in Peninsular Malaysia and popular with spelunkers.

Or they may think of its historic ties to well-known names such as Chinese revolutionary leader Dr Sun Yat Sen as well as the traditional Chinese medicine and health and wellness company Eu Yan Sang, which has its origins here in a shop opened by Eu Kong in the 19th century.

An earlier story in StarMetro about a group of youths documenting the untold tales of selected towns in Perak, including Gopeng, has us wondering too about this small town.

And there is more to it than just those few interesting aspects above.

Official statistics on Gopeng town, such as size of the area and its population, are hard to come by.

A search on the Internet turned up information on places near the town instead, such as Batu Gajah and Kampar.

According to figures from the 14th General Election, there were 99,167 registered voters in the Gopeng parliamentary constituency.

Among the gems that not many have discovered in this town are the fruit and vegetable farms, which are open to visitors.

There is even a vineyard, owned by Wong Kee Loon, 43.

“I have over 5,000 grape vines. The fruits are originally from Japan, ” he told StarMetro.

“We welcome visitors and will have guided tours in the 20ha-sized area, ” he said.

“For now, we need to observe the Covid-19 standard operating procedures, ” he said, explaining that during the recovery phase of the MCO the estate accepted only 150 visitors a day.

“Apart from grapes, I also have a farm that grows avocado, pink guava, passion fruit, ginger and leafy vegetables, ” he added.

Wong was savvy enough to diversify into businesses that complement the farm’s guided tour venture by opening a restaurant and offering other activities that could be enjoyed by families.

“Visitors can fish here and play with trampolines. There are also

a few areas where they can take picturesque photos.

“I am now planning for some expansion. I want to add accommodation facilities in the future to enable visitors to camp here, ” he said.

A fruit farm that has been getting favourable reviews is the fig farm that belongs to Nur Hanisah Mohd Khair’s family.

Hanisah said it had become a frequent pit stop for visitors since 2018.

“My family has been selling fresh figs for years.

“However, it was only in 2018 that my sister and I decided to make our farm a tourist attraction.

“While most of our visitors are those who are keen to have their own fig trees, there are also those who are curious and want a taste of the fruit, ” she said.

“The figs at our farm are not seasonal but it does take at least four months to bear fruit.

“To ensure visitors are not disappointed, we only open our farms once we have enough fruits for people to try, ” she added.

For those who prefer a more active outing, there is a campsite to be found in the town too.

“There are whitewater rafting, kayaking, abseiling, caving and trekking.

“We have bicycles for rent if visitors want to cycle around to the nearby villages, ” he said, adding that there were more than 20 companies offering such adventure activities.

Arif, originally from Kuala Lumpur, said he decided to settle in Gopeng because of his love for such outdoor activities.

“I bought a piece of land that was full of durian trees and turned it into the ‘glamp’ site, ” he added.

Like other parts of the state of Perak, Mother Nature has also gifted Gopeng with a number of caves.

One of it is Gua Kandu, about a half-hour’s drive from Gua Tempurung. The former is slowly emerging as a favourite spot of caving enthusiasts.

The cave was said to be formed about 500 million years ago and had been previously used by Japanese soldiers during World War II and later occupied by the communists as their hideout during the Emergency from 1948-1960.

Norhayati Yusoff, 58, and her husband have been maintaining the cave.

“We bought the land many years ago and it was just our luck to have the cave located within our property.

“Before we fenced up the area, the cave was accessible to everyone but no one put in effort to take care of it, ” she said.

“We then set up an eco-adventure company and organised guided tours in the cave.

“Unlike Gua Tempurung that has stairs and lights, Gua Kandu is more challenging and the cave has its own charm, ” she added.

Norhayati said one of the many attractions within was Gua Intan (Diamond Cavern), which was filled with shining crystals.

“We have had local and international visitors who are curious about the history of Gua Kandu, ” she said, adding that it would take about two hours to explore the cave.

Note: Interstate travel and non-essential services are not allowed during the MCO. 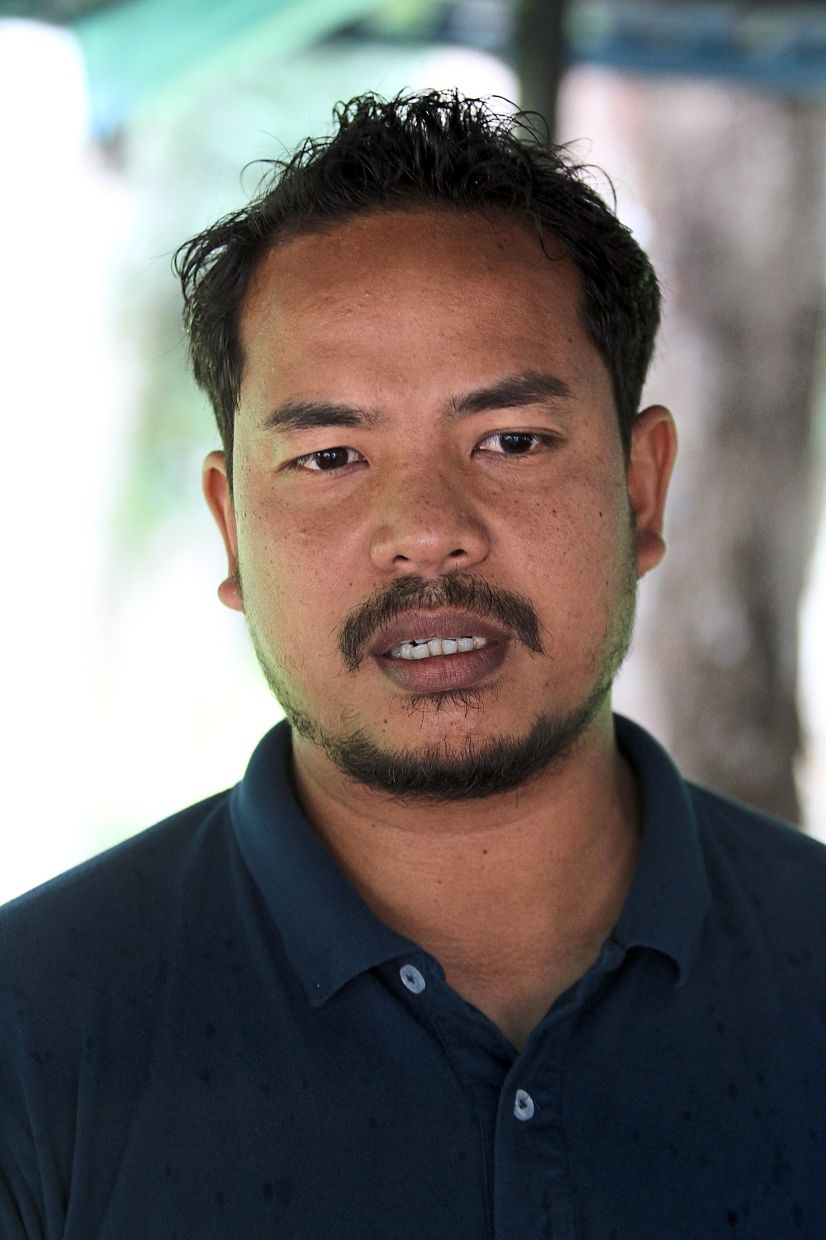 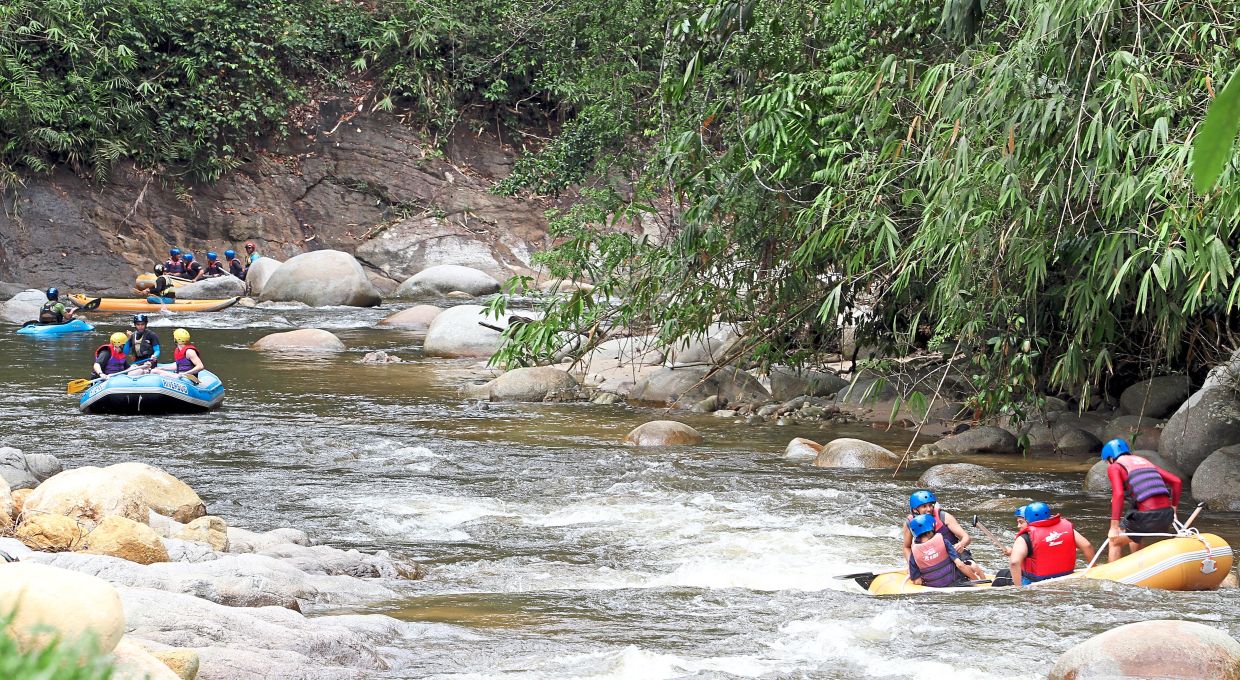 The Gopeng town centre is marked by the Dataran Rafflesia Gopeng Roundabout. (Left) Gua Kandu is not as famous as Gua Tempurung but is slowly becoming a favourite haunt of caving enthusiasts. — Photos: RONNIE CHIN/The Star

Arif moved from Kuala Lumpur to settle in Gopeng for the love of outdoor activities.

Norhayati bought land that happened to have a cave sitting in it.

Gopeng has a popular whitewater rafting spot. (Left) Some people visit this fig farm because they are curious about the fruit.

Wong standing amid his hydroponic vegetable farm in Gopeng. He is also a grape grower.

A close-up look of the figs grown in Gopeng.