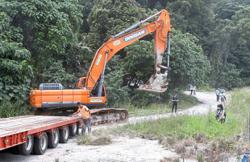 He said the 6km toll-free road, with 1.8km on the ground and the other parts elevated, was scheduled for completion on Jan 3,2025. 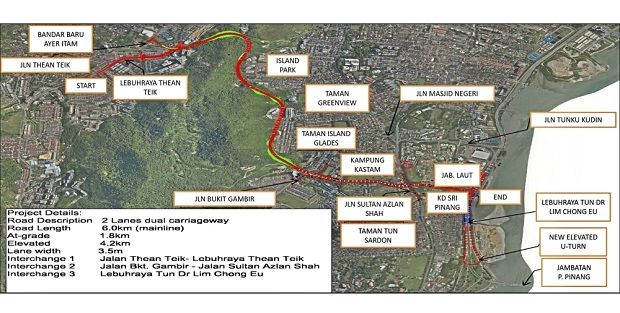 The Package Two alignment and two other road projects are part of the island traffic dispersal system of the proposed Penang Undersea Tunnel, a 6.5km tunnel beneath the seabed between Gurney Drive on the island and Bagan Ajam in Butterworth.

“Once completed, it is expected to bring long-term benefits to Penangites and reduce travelling time, ” he said at a recent signing ceremony in Komtar.

The agreement was between the state government and Consortium Zenith Construction Sdn Bhd (CZC), which is the design and build contractor of the three major roads and undersea tunnel project.

Chow signed the supplemental agreement to the sub-agreement in relation to the construction of the bypass on behalf of the state government, while CZC board member Tan Sri Dr Khor Eng Chuen signed on behalf of the company.

Chow said the signing was a milestone achievement in the state’s pursuit to construct three highways and the undersea tunnel project meant to alleviate traffic congestion in the long run.

More than half of the population on the island’s northeast district, or almost 300,000 people reside in Ayer Itam, Bandar Baru Ayer Itam and the adjoining Paya Terubong.