PORT Klang Authority (PKA) says it will look into complaints from fishermen in Kuala Langat on shipping traffic affecting their livelihood.

Its general manager Capt Subramaniam Karuppiah pointed out that the current port limit which extends up to Tanjung Tangkah was approved by the Transport Ministry and was officially gazetted in 2012.

He said the extended limit was to cater to the higher than usual volume of ships arriving at Port Klang.

He said this had happened often after authorities made the condition for ships to dock at Port Klang more stringent.

“As a result, many of these ships have had to line up and their presence has extended all the way to Morib, into the waterways where we once fished. 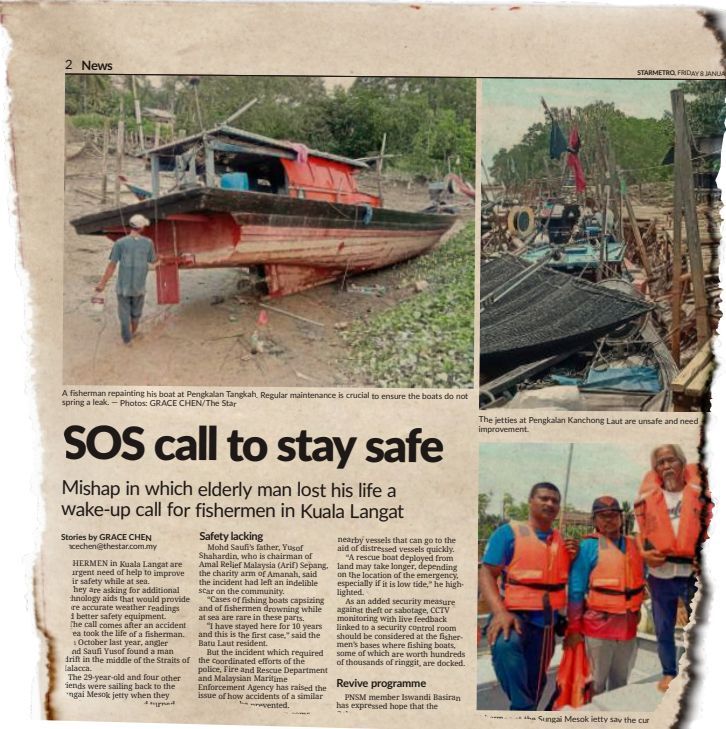 “We hope the port authorities can restore the movement of ships to its original limits at Ayer Itam so that the area from Pantai Kelanang to Morib is once again free for the fishing community, ” Mat Jani was quoted as saying.

But with the increase in arrivals, the anchorage areas became congested.

“In view of this, PKA obtained permission from the Marine Department to anchor at Kuala Langat to cater to the higher volume of ship arrivals, ” he said in a statement.

As such, Capt Subramaniam said the area mentioned by fishermen was designated for shipping.

For their safety, he advised fishermen to maintain a safe distance from this area as larger vessels moving in might not be able to sight the fishing boats or nets.

“However, we take note that it is also utilised as fishing grounds. As such, PKA is working closely with the logistics industry to reduce vessel waiting time and the need to anchor for too long at these locations.

“We will also work towards overcoming the issue of congestion at Port Klang within the next month, so that ships do not need to anchor at Kuala Langat, ” he said.