Among the resolutions included forging strategic cooperation between various government agencies and private sectors in dispensing aid to avoid overlap.

MAIWP council member Tan Sri Abd Aziz Rahman said this would culminate in the setting up of a data centre to coordinate aid-giving efforts among governmental agencies.

He said areas surrounding mosques would also be developed in line with the Islamic City concept which would include business centres and housing for the poor.

"Priority for these places will be given to the needy and new converts," he said when tabling the resolutions. Abd Aziz co-chaired the meeting with MAIWP chairman Datuk Seri Syed Hussien Alhabshee and chief executive officer Datuk Akbar Samon.

Minister in the Prime Minister's Department (Religious Affairs) Datuk Dr Zulkifli Mohamad Al-Bakri meanwhile said the resolutions would be presented to the Cabinet in January for fine-tuning.

He said the method used for determining the poverty level needed to be reviewed to take into account the households disposable income after paying for monthly living cost.

"The Cabinet has taken note of the need to address the issue of poverty during a meeting two weeks ago.

"It is crucial for efforts to be taken to implement measures to address the growing number of people who are living in poverty," he said.

Zulkifli also said he expected the number of poor to increase due to sudden joblessness caused by the Covid-19 pandemic. 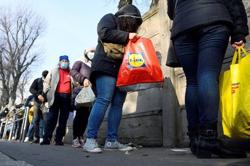