JOHOR BARU: Prices of vegetables have increased following heavy rains in recent days as the country faces the monsoon season which is expected to last until early next year.

The bad weather has affected harvest, reducing supply and pushing up prices.

Shahvilla Trading proprietor Vira Tarhin said that he has temporarily stopped buying vegetables from Cameron Highlands in Pahang as they were getting costlier.

“Right now we are only getting our supplies from vegetable farmers in Johor but the prices are also not that cheap, ” he said.

Vira said local fresh red chillies now cost about RM18 per kg, up from RM8, adding the price is likely to reach RM20 in the coming days.

Vira added prices of vegetables such as pak choy, spinach and kangkung, ladies finger and cucumber had also increased for similar reasons.

“Ladies finger has increased from RM8 per kg in October to RM10 now, while cucumbers are selling for RM3.50 per kg, from RM1.80 previously, ’’ he said.

Vegetable seller Phua Ming Hui said consumers usually had to pay more for vegetables during the rainy season, which is ongoing until early next year.

“We (traders) cannot do much to control prices. Supply is largely determined by weather conditions and prices set by wholesalers, ’’ he said when met at the Perling wet market here.

Phua hoped consumers would understand that vegetables would cost more due to bad weather conditions and not blame the traders.

He said vegetable traders usually had problems getting their supplies during rainy weather as it affected yields, causing prices to increase as much as by 20%.

Phua added things would get worse if parts of Johor where vegetable farms were located were hit by floods during heavy rains.

“The authorities should look into the matter instead of penalising us for selling vegetables at higher prices, ’’ he said.

Housewife Rokiah Ibrahim told StarMetro she had no choice but to pay more for vegetables.

“I prefer to buy vegetables at wet markets as I can choose them instead of supermarkets where most of the vegetables are already pre-packed, ’’ she said. 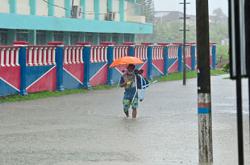 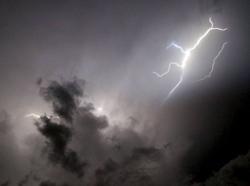