DIABETES causes significant ill health, according to a university professor when advising participants of a webinar on the disease.

“One out of two people admitted for heart attack in Malaysia has diabetes. Diabetes also causes kidney failure. Two out of every three patients who require dialysis are diabetics. Prof Chan says Malaysia has the highest prevalence of diabetes in the region.

“Diabetes is a common contributor to ‘broken hearts’ but we can control the disease. There is medication to improve the outcome for people with diabetes. There is hope, so don’t give up, ” Prof Chan told participants during the webinar entitled “Did You Know That Diabetes Can Break Your Heart”.

Prof Chan, who is also MEMS president, shared that almost four million people in Malaysia aged 18 years and above suffered from diabetes.

Some 18% of Malaysians aged above 18 had diabetes, she stressed.

“We have the highest prevalence in this region, so we are ‘champions’. A champion, but we don’t want to win, ” the Universiti Malaya professor said. She also explained that those diagnosed with diabetes at a younger age — before the age of 45 — are more likely to have a heart attack or stroke (known as macrovascular complications).

Citing National Diabetes Registry 2019 by the Health Ministry, Prof Chan said 80% of Malaysians with diabetes had hypertension, while 74% had high cholesterol and 84% were obese or overweight.

“Each of these problems increases your risk of heart disease. When there are three or four (of this health complication) in the same person, you are a sitting time bomb for a heart attack, ” she pointed out.

“Seven out of 10 people are diabetic. IJN has done a registry of people who had a heart attack, ” he shared.

“If you have cardiovascular diseases and diabetes — a lethal combination — they can shorten your lifespan by 12 years.”

If a person already has Diabetes Type 2, Dr Azhari said he or she should follow the same advice. 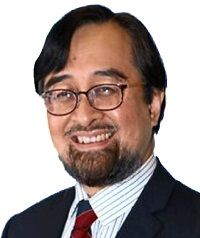 “If you are overweight, try to reduce it. Don’t listen to false information. Stop smoking. Remember to take your medication as prescribed. There are also many types of medicines, targeting different aspects. Make sure you understand why you were prescribed that medication.

“We are here to bring hope, but you have to take the initiative and make the effort.

“If you are unsure why you were prescribed your medication, you can discuss with your physician, ” added Dr Azhari, who is also National Heart Association of Malaysia adviser.

In a question-and-answer session, Prof Chan said, “If you are overweight or obese, and inactive, lose the weight and start leading a healthy lifestyle. Then you can prevent diabetes by up to 50%.”

When asked if diabetes could be reversed, Prof Chan said, “Yes, there has been recent research to show that if you are large, overweight, obese and have developed diabetes because of genetic risk, then going on a very low-calorie diet to reduce 10% of your body weight, can reverse diabetes.

“This is not the answer for everyone. If the person is already thin, losing weight is not going to reverse diabetes. It depends on the individual.

“If you stick to a better diet, diabetes is easier to control.”

Prof Chan said diabetes was an epidemic and that patients should consult their doctors on medications that could protect their heart, kidney and other organs.

“Prevention is the keyword, ” Dr Azhari said.“You have to prevent diseases, including diabetes, hypertension, coronary (artery) disease and obesity. To prevent this, take your medicines. There are no two ways about it, ” he added.