THE current monsoon season, with extra heavy rainfall, is causing sleepless nights for residents in the Lim Garden zone in Ipoh.

Most recently, about 500 houses were affected on Nov 18 when floodwater rose up to their knees in some areas.

Freelance writer N. Rama Lohan, 45, said his elderly parents and aunt were caught off-guard when water started flowing and rising in the living room of their double-storey home in Taman Muhibbah.

Rama Lohan said he was monitoring the water level on the road from his room on the upper floor when he heard his mother calling out to him.

“I ran downstairs and saw the water rising so I told my parents and aunty to go upstairs.

“My 83-year-old father slipped and fell while he was going up the stairs, ” he said when contacted.

He believes that faulty water pumps are the cause for the flood.

“I am sure the pumps are not functioning, otherwise the floods would not have been so bad.

“I didn’t hear the pump motor running, ” he said.

“When my father was part of the Lim Garden Residents Association many years ago, I used to help him manually start the pump during emergencies, so I know the sound of a functioning pump.

“Now even with an additional automatic pump, it did not help.

“The water did not recede until the rain stopped at 3am the next day, ” he added.

Rama Lohan, who works in Kuala Lumpur but came back to Ipoh before the conditional movement control order was enforced last month, said there had been about 20 incidences of flash floods in the area since 1985.

“We need the pumps to be in a working condition at all times.

“If I am not around, what are my elderly parents and aunt going to do?” he said, adding that a flash flood also hit the area three days before Deepavali, with the water entering the house porch.

K. Sagadevan said several hours of non-stop downpour starting from 7.30pm had caused water to flow into the living room of some houses.

“I believe the flash flood is occurring repeatedly due to a poor drainage system and insufficient water pumps.

“The drainage system has not been upgraded in 30 years, ” he said.

“There are two existing water pumps in Taman Muhibbah and one in Taman Lim, but one of the pumps had issues on Wednesday night.

“For the long term, there is a need for a bigger water pump to be installed here.

“The Sungai Pari nearby was full to the brim while the drains were unable to cope with the overflow, ” said Sagadevan, adding that the association would write to the Ipoh mayor about their predicament.

He said some nearby areas, which used to be farming grounds, were now being developed into housing and factory areas.

“The surface runoff occurs where excess rainwater can no longer seep into the soil sufficiently and the rivers get swollen.

“This is a primary cause of urban flooding, , ” he said, adding that water had risen to his ankles in his living room during the recent flood.

“Imagine the water from the septic tanks and the drains getting into our houses. It will be a health hazard as well, ” he pointed out.

Civil engineer Ashraf Affendi Azmi Murad, who lives in Taman Maxwell, said he was out of his house about 9pm when he received a call from his mother informing him of the flood.

Ashraf, 33, said his mother and two sisters were panicking and he told them to leave the house immediately and drive to higher ground.

“Three houses, including ours, were also hit with a blackout.

“The water level on the road leading to my house was up to my waist, ” he said.

“One of the pumps was not functioning and we could not get hold of the technician in charge.

“It would be good if one set of the pumphouse keys was provided to the residents association committee for emergencies, ” he suggested.

Buntong assemblyman A. Sivasubramaniam said millions had been spent to build a retention pond near Merdeka Garden to solve the flood problem.

He said new pumps had also been installed at Taman Lim.

“I have raised this matter many times during the state assembly sitting, about the need to upgrade the drainage system in the city.

“It is very important, as not only Taman Lim but many areas also need their drainage network to be upgraded, “ he said.

Sivasubramaniam said he would raise the issue at the state assembly again next month.

“Places which have not had floods before are also experiencing it.

“The local council and other agencies have gone down to the various locations to assess the situation and will look into appropriate measures for the specific locations, ” she assured.

Meanwhile, Ipoh mayor Datuk Rumaizi Baharin said council workers had cleared away about 48 tonnes of rubbish, including belongings that had been damaged by the flood and garbage, during the clean-up after the floods.

He said Buntong, Silibin, Manjoi, Chemor, Kampung Seri Kinta, Greentown and Menglembu were among the areas cleaned up.

“We sent out eight lorries to assist the flood victims in discarding their damaged furniture and household equipment.

“About 28 workers were involved in the clean-up, ” he added. 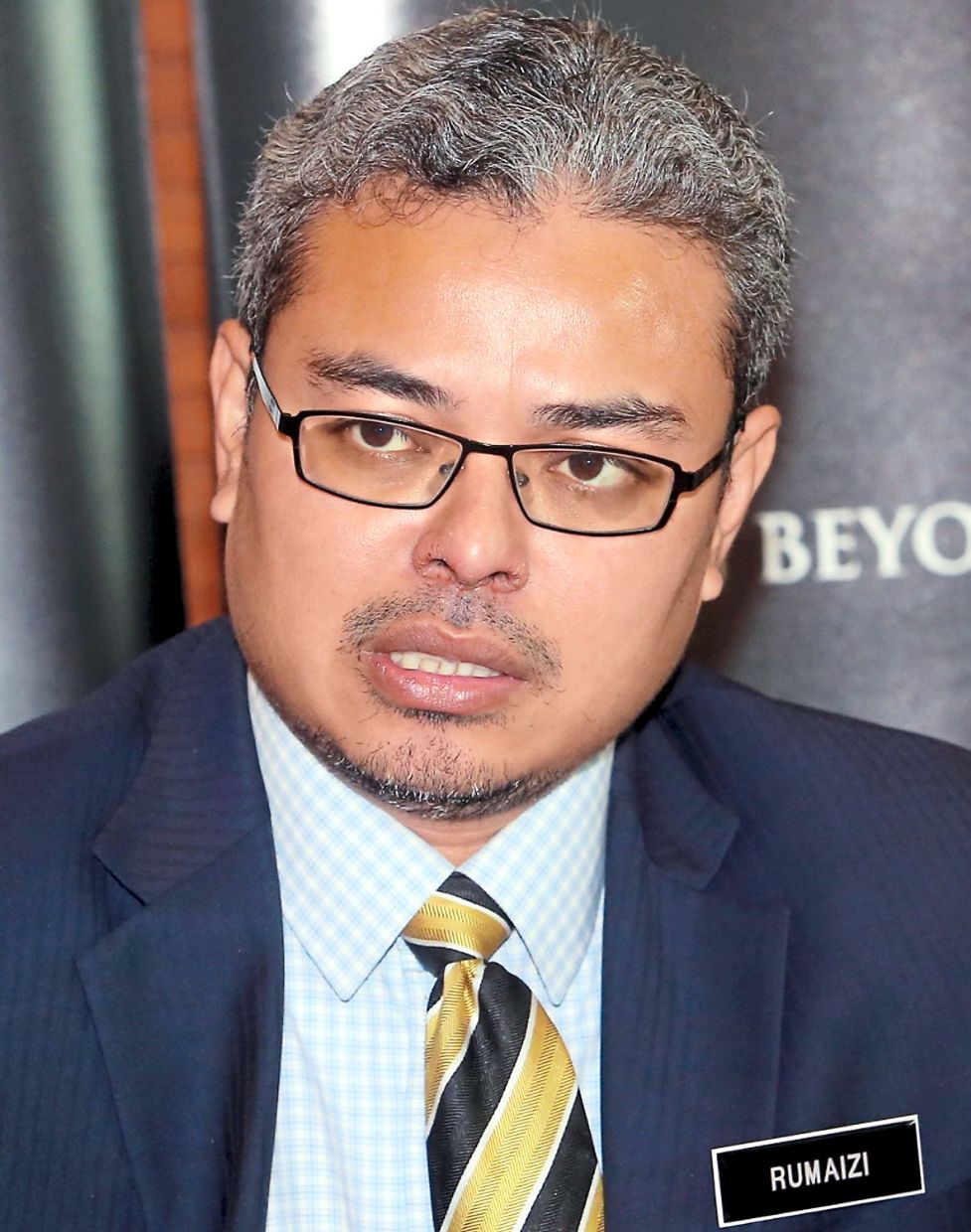 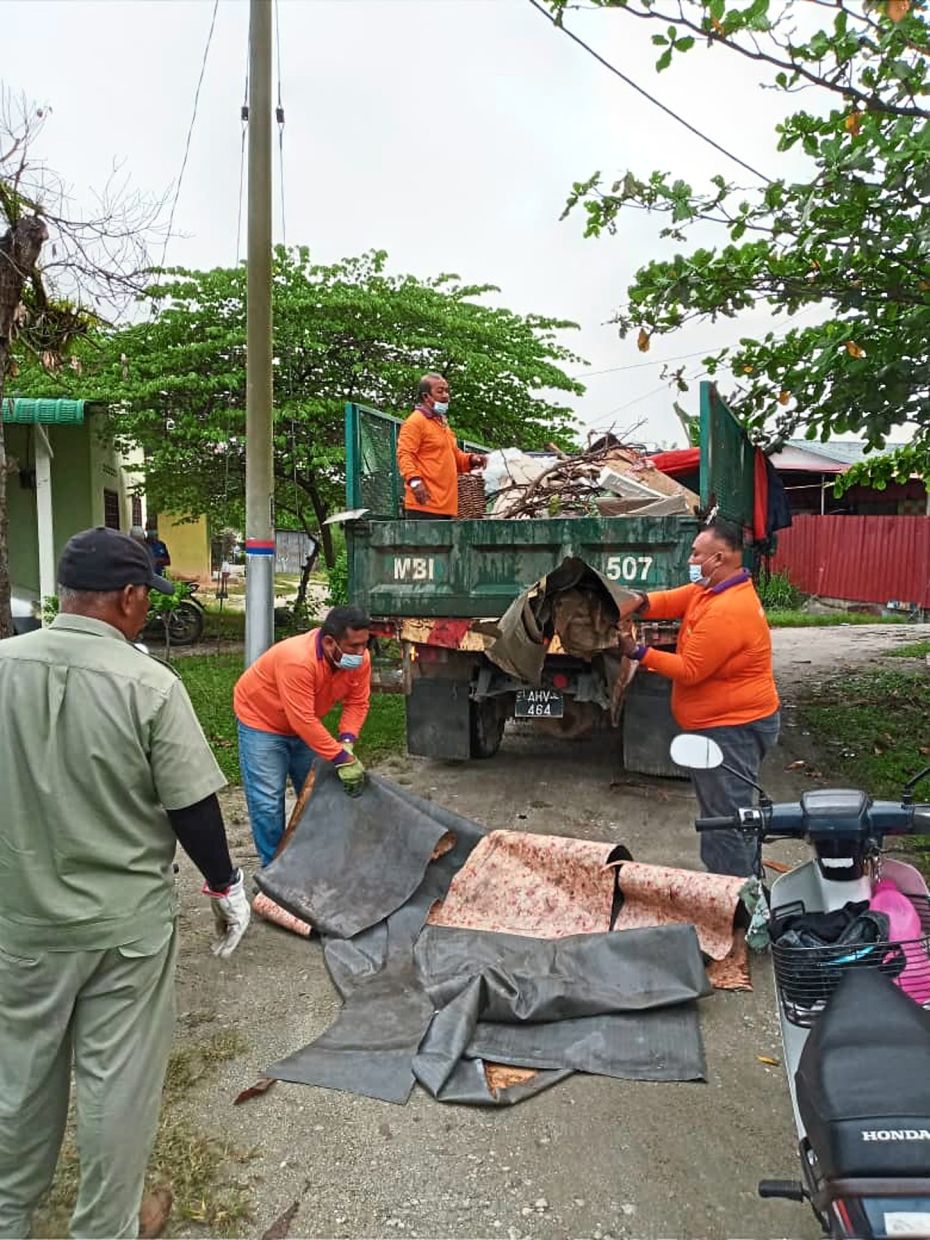 Sivasubramaniam says he will bring up the flood problem again at the next Perak State Assembly.

Nolee: The authorities will look into appropriate measures for the specific locations.

Rumaizi: Council workers cleared away about 48 tonnes of rubbish after the flood.