Green and tranquil are two words that come to mind at the mention of Kampung Giching.

THERE is proof that dreams do come true, when listening to Kampung Giching village head Abd Samad Barun talk about how the village has blossomed.

He relates a story of finding RM10 while working as a contract worker in a rubber estate.

“Being young and adventurous, I used the money to buy a bus ticket for a day trip to Kuala Lumpur.

“I went to the National Zoo and later to the Subang International Airport to watch the planes land and take off.

“Then I thought, ‘wouldn’t it be fantastic if we could have an airport in my village?’” said Abd Samad. This nameless roadside cafe, opposite the village mosque, is a popular spot with locals who come here for ‘asam laksa’ and ‘sup tulang’.

His wish came true when the Kuala Lumpur International Airport (KLIA) opened in 1998, just 20 minutes away from Kampung Giching which is located in the sub-district of Labu in Selangor.

“I was part of an entourage representing Sepang to take a flight from Subang Airport to land in KLIA.

“One of the stewardesses on board that flight was none other than the daughter of the Kampung Baru Cina Salak village head at that time, ” recalled Abd Samad.

This was one of the many anecdotes shared by villagers as the village celebrated its 100th year this August. A pretty sight as pigeons take flight outside a house in Kampung Giching.

At a ceremony organised by the village’s youth club Kampung Giching Bersatu (KGB) to unveil the centenary commemorative stone, 62-year-old Abd Samad said he had one more wish – that the younger generation never forget their forefathers and the village’s humble beginnings.

Green and tranquil are words that come to mind at the mention of Kampung Giching.

Founded in 1920 with a population of 90 in 16 houses, the early settlers were of the Kerinchi and Minang ethnicities from Sumatra, Indonesia.

Omar Majid, a Kerinchi, was the founding father of the village which was originally known as Kampung Gerinching before it got its present name from its then penghulu of Labu in 1940.

Village secretary Azlee Ismail said there were 182 traditional houses, of which 5% were unoccupied, with a present population of no more than 1,000. However, if the entire 12sq km of Kampung Giching is to be taken into account, the population count can easily reach close to 8,000.

Azlee explained this was because there were 24 housing estates on the village’s original land expanse.

Abdul Rahman Kaspan, 84, who was village head from 1993 to 2004, still remembers the first day he set foot in the village at age six.

“There were no modern amenities.

“All the houses had attap roofs and walls made from tree bark.

“We were surrounded by thick jungle, ” he said. Life was peaceful with padi fields, rubber estates and fruit orchards, said Mohd Zin Ayob, 73, the village head from 2005 to 2012.

“We have no history of blood shed, even at the height of the communist insurgency in the 1950s.

“My most vivid memory then was seeing an army convoy of 100 soldiers and 30 armoured tanks trundling past the village towards the enemy stronghold in Ulu Tian, which is now the KLIA runway. I was just a boy then.

“After Merdeka, the communist threat was no more, ” said Mohd Zin.

Faith was what had kept the village safe, they said. Abdul Rahman says the focus for village heads throughout the years has been on infrastructure, health, economic progress and safety.

Until today, many still believe that it was divine intervention that had spared the village from strife during the early years of the country’s pre-independence era.

Having enjoyed relative peace, the focus for village heads throughout the years has been on building infrastructure, health, economic progress and safety.

“Tarred roads, piped water and electricity supply were always in the minutes of the village committee meetings.

“There was a clinic where the women could go for pre- and post-natal check-ups.

He said the village elders likened the younger generation to jewels because the future was in their hands.

He admitted that the community’s biggest fear was that the drug problem would consume its youth.

“We had a few cases. We sought help from the National Anti-Drugs Agency, ” he added.

Looking back, the elders’ efforts achieved an 80% success rate with its youth, said Abdul Rahman.

“In this kampung, we have three pilots including my niece, Siti Aishah, ” he said proudly.

Although many of the young have established themselves as accountants, doctors, engineers, teachers and police officers, the larger population here are involved in agriculture.

The main cash crop is sugar cane which takes up 4.45ha followed by rubber and oil palm, occupying 4.05ha each.

“Back in 1981, the village advisory committee collaborated with the Sepang Land and District Office to trace owners who had left their land idle.

“Upon finding them, we called them to ask if they wanted to sell their land.

“Most chose to sell and these lands were either developed into housing estates or used for farming activities.

“This helped to spur development which in turn enabled the village to repair existing roads and paved the way for our youth to venture into palm oil and other cash crops like fruits and vegetables, ” Abdul Rahman elaborated. 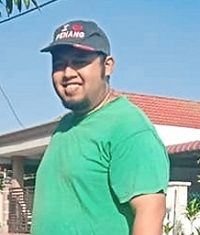 Suhaimi hopes Internet service for the village can be improved as there are spots where there is zero coverage.

The land for these facilities was donated by Mohd Zin when he was village head.

The village also has its own tug-of-war team called KGB Cobra which competes in national-level matches.

Their latest achievement was third place at the Kuala Lumpur Tug of War Championships in 2018.

With the onset of the Covid-19 pandemic, public programmes to mark the village’s centenary celebrations have been postponed.

However, work related to infrastructure matters, including roads, drainage and street lights, are ongoing.

A new trend is obvious among the youth who are turning to online businesses to supplement flagging incomes.

Suhaimi, too, is doing the same by selling coconut jelly and catering food.

“Internet service is still far from satisfactory here. There are spots where there is zero coverage.

“We hope that something can be done about this, ” he said.

In view of changing times, village elders hope there are more online entrepreneurship programmes to be organised for the youth.

“Due to the village’s proximity to Sepang International Circuit and KLIA, our young people, especially those who are not in the agricultural field, have always managed to find employment.

“We hope our younger generation will not have to leave the village to make a living, ” he said.

Suhaimi added that this way they could remain a close-knit community to get through challenges thrown at them, such as the yearly floods.