A huge arch at the main street of Sungai Pelek town informs people that they are in the village territory. — Filepic

THE history of Kampung Baru Sungai Pelek, Sepang, can be traced back to 1952 when the British army fenced up the surroundings to keep the communists at bay.

But locals say the village has been around since 1900.

Proof of this lies in the ferry taxi service located behind Taman Ria.

This unique mode of transportation which takes motorcyclists and pedestrians across Sungai Sepang to Bukit Pelanduk in Seremban, has been run by men in the Tan family for a century.

The water taxi, which has been modified to suit the times, has remained relevant until today as it cuts considerable travel time for residents compared to the hour-long journey by road.

The book recording the history of Sepang was launched in September. 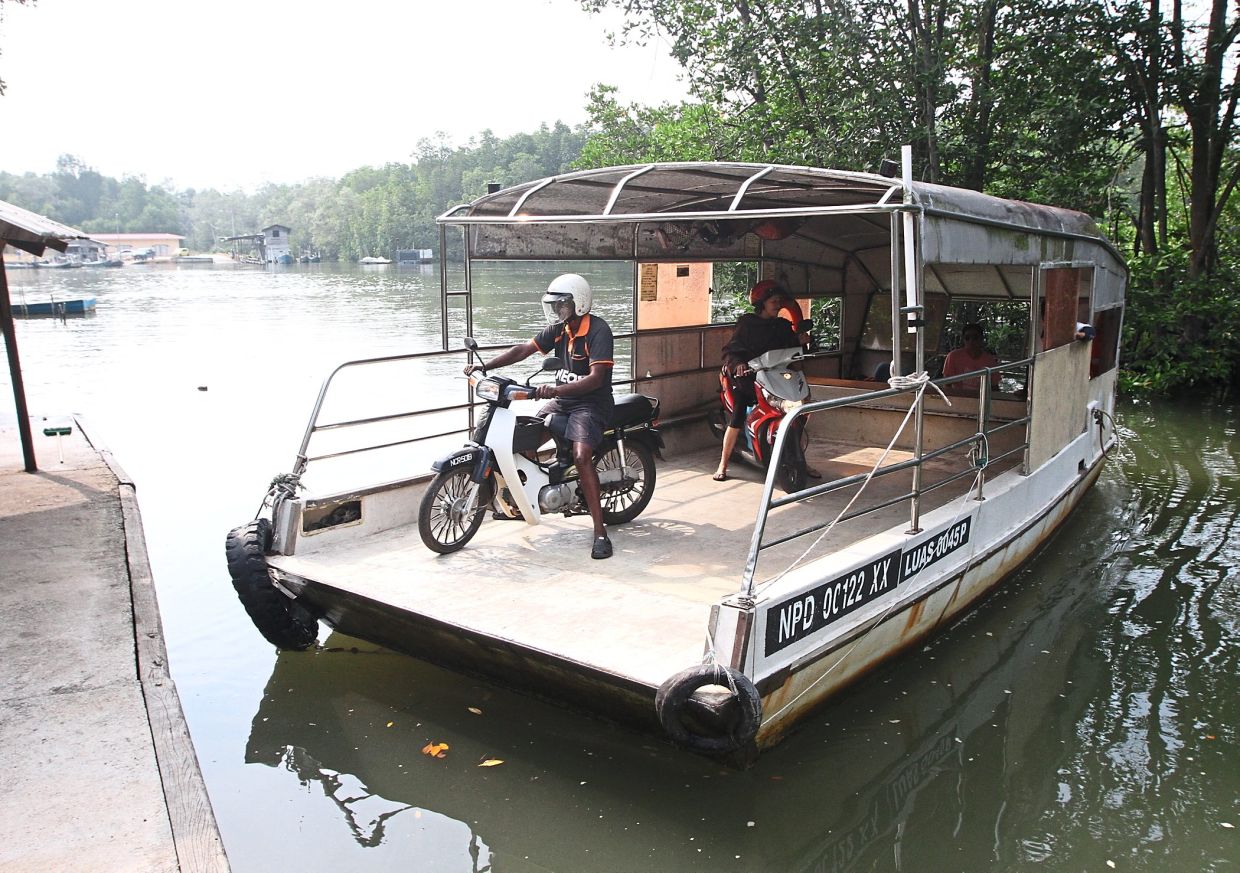 The Sungai Pelek river taxi operator ferrying commuters to and from Bukt Pelanduk has been run by three generations for over a century now. — Filepic

It also relates how the Chinese had built settlements in the area before the village came into being.

“They came to work in gambir plantations set up in Sepang by Singaporean Loh Cheng Keng in 1880.

“This was before the borders of Selangor and Negri Sembilan were mapped out. The plantation covered an area of more than 1,2140ha.

“Many of the early Chinese were from Melaka and Johor. They travelled by ship via Sungai Sepang Besar, disembarking at the Sepang and Sungai Pelek jetties.

“They set up homes in three settlements namely Bukit Bangkong, Hulu Chuchoh and Sungai Pelek, ” said Looi who carried out one-and-a-half years of research, including interviewing locals and village elders for his book.

“In the early years Sungai Pelek, which occupied an area of 24.3ha, was mostly made up of farmhouses.

“There were around 20 farmhouses. “Eventually this settlement grew to include a row of shophouses and this became known as a town.

“During the communist insurgency in the 1950s, the British fenced up the entire town and ordered Chinese folk to move into the enclosed area for security reasons.

As the village is part of Sungai Pelek town, locals date its history from when the first settlers arrived instead of when the British installed the fence in 1952 to mark the new village’s boundary.

Kampung Baru Sungai Pelek village chief Yu Tong Fatt said its current population was around 20,000 with 3,000 households spread out in 10 housing estates measuring between two to four hectares each.

He said that while agriculture was still a mainstay, today’s choice of crop was the lucrative dragonfruit.

A majority of the population are aged between 40 and 60. The oldest residents are in their 90s.

“Our younger generation are mostly working in other states or overseas, ” he added.

Balakrishnan Murugasan, 68, a retired teacher who taught history at SMK Sungai Pelek, said setting up a museum was one way for Sungai Pelek’s history to be preserved.“It can be used as a tourism draw, ” he noted.