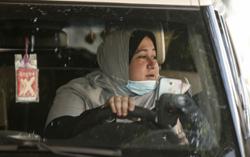 The taxi queue at Mid Valley Megamall used to snake out to the main road because of high demand. This is no longer the case today. — AZLINA ABDULLAH/The Star

THE taxi industry has taken a hit since early March following the imposition of the movement control order to stem the spread of Covid-19.

Many taxi drivers have lost their jobs this year as industries across the board continue to feel its effects.

Some are seeking work outside their area of expertise to survive.

Long-time taxi driver C. Satkunaseelan, 67, is mulling surrendering his taxi to the rental company by the end of this year as the car has become a liability for him.

He pays RM30 a day for rental of the taxi, but barely makes RM10 these days.

Many taxi companies have lowered their rental rates — which used to be about RM55 a day — to encourage the drivers to keep going. Satkunaseelan is thinking of surrendering his taxi to the rental company by the end of this year as the car has become a liability for him.

“In the past few months, I was able to make about RM35 a day, but this month, I was not even able to get RM10.

“This week, I was not able to get a single customer, but the rental still needs to be paid, ” he said.

Satkunaseelan said he woke up every day thinking it was the day he would return the car, but would then change his mind.

“It is my bread and butter and someone may need my service for an emergency, but it’s getting tougher by the day, ” said Satkunaseelan who hails from Klang.

Meanwhile, Amrin Bujang, 57, from Cheras, surrendered his car this month after driving a taxi for 15 years.

“It is pointless to hold on to it and continue with rental payments, hoping that the situation will get better, ” he said.

Amrin decided it was cheaper and more lucrative to sell nasi lemak near his house.

Taman Sentosa Klang Taxi and Hired Car Drivers Welfare Association president V. Jambulingam said it was common for taxi drivers to surrender their vehicles when they could no longer cope with the cost.

“If the cost of rental, fuel, maintenance and taxes outweigh the profit, then it makes sense to stop incurring losses, ” he added.

Taxi advocate and former taxi driver YS Chan said taxi drivers had been surrendering their cars over the past few years, especially since e-hailing companies emerged.

“This is not a new phenomenon. Taxis usually have a 10-year lifespan and cars that are surrendered after a few years of use will be converted into private cars for hire by taxi companies, ” he said.

He added that many taxi companies were saddled with old cars and these would be repurposed.

Transformation of Malaysian Taxi Drivers (Persim) deputy chairman Kamarudin Mohd Hussain agreed with Chan that it was not a new trend.

However, he said more taxi drivers were doing so now because of the Covid-19 pandemic and subsequent restrictions in movement to curb its spread.

“Every day, I get a call from a taxi driver saying that he is returning his car as he is not able to make a living, ” added Kamarudin.

E-hailing drivers who rent vehicles are finding themselves in a similar situation.

“The bigger companies are not sympathetic to the plight of the drivers and unwilling to reduce the rent, especially after the moratorium ended, ” said Chong.

As such, many drivers were giving up, he said. Valerie is helping taxi drivers by giving them the opportunity to deliver frozen food, groceries, flowers, parcels and food.

Sunlight Taxi Service Sdn Bhd manager Choi Khai Chean said taxi drivers had been surrendering their vehicles even before the pandemic started but there was a slight increase in April.

“We started feeling the effects of the returns in early June. But there is nothing we can do about it, ” he said, adding that the cars would be placed in the company’s depot in Cheras.

“We anticipated the impact of the e-hailing competition on us a few years ago and predicted this trend, ” added Choi.

“In fact, we have diversified our business and added a limousine service, so returned vehicles are used for corporate purposes, whereby we offer professional chauffeur service.”

New Supercab executive director Valerie Chan said those surrendering their taxis were no longer driving due to illness or having found other jobs.

“Our drivers consist of those who have been doing the job for years and this is reflected in the low number of cars in our depot, ” she added.

“In fact, people have come to us looking for a chance to drive a taxi after losing their jobs.

“We understand their plight and offer rentals as low as RM25 to RM37 per day.”

Valerie, who is also PicknGo executive director, a taxi-oriented e-hailing service with an app, said the company was helping taxi drivers make ends meet in other ways.

Through PicknGo, she added, they could earn some money by delivering frozen food, groceries, flowers, parcels and food.

“We have to take a positive approach during these trying times.

“We hope to provide opportunities for drivers and create jobs for locals by supporting the food industry and taxi drivers via deliveries, ’’ she added.

Valerie said the company absorbed the cost of professional sanitisation for vehicles to help taxi and e-hailing drivers in light of the pandemic.

From driver to delivery man

Some taxi and e-hailing drivers, who face difficulties in getting passengers, have resorted to delivering meals and groceries to earn more money. Parthiban delivers food and groceries to supplement his income.

One such person, who only wants to be identified as Ruslan, now delivers documents for a law firm.

“It is better than nothing. I was jobless for two months and the bills kept piling up. I was willing to try anything, ” he said.

“At least now with a fixed income, I can pay rent and sleep peacefully at night, ” said the 37-year-old father of three.

“Some families will call me and order food from stalls and restaurants in Brickfields and Bangsar, sometimes up to 10 packs of food from one family, ” he said.

Another driver, known only as Thangayah, had resorted to ferrying children to and from school.

“I also send a woman to work whenever the need arises and it’s better than relying on finding passengers full-time, as the schedule is more fixed, ” he added. 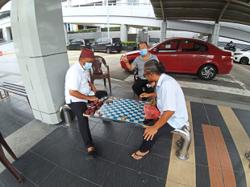 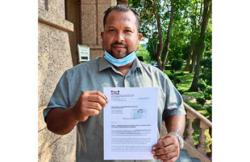