Workshops to scout for talent

Wong (right) trying to communicate with foreign Scouts after the opening of Jota-Joti 2020 at The Top Komtar in Penang. — Photos: ZAINUDIN AHAD/The Star

“It is a huge success with so many international participants from the United Kingdom, Australia, Singapore, Thailand, Nepal, Bhutan, New Zealand, Spain, Japan and so on.

“We are happy to announce that a total of 335 members are registered on our websites and Facebook, ” he said in his speech.

He said several competitions such as mask designing and handicraft competition were created for Cub Scouts. Fahim says it is fun to meet Scouts from other countries on radio and via the Internet.

There was also a short film competition open for Rover Scouts aged between 19 and 25 years old.

Penang Scouts chief commissioner Zulkafli Kamaruddin praised the GTS district for organising the historical event for the first time at the tallest building in the state.

“I am proud that GTS has their own call sign but am even prouder that they can record this in the history of Scouts, ” he said.

Zulkafli said in line with the government’s instruction to do online learning during the movement control order (MCO) period, schools were encouraged to use the Internet as medium of teaching.

He said the Internet was the new platform for learning and teaching during MCO.

“Activities arranged provide a chance for the Scouts to show their talent in the country and all over the world, ” he said. 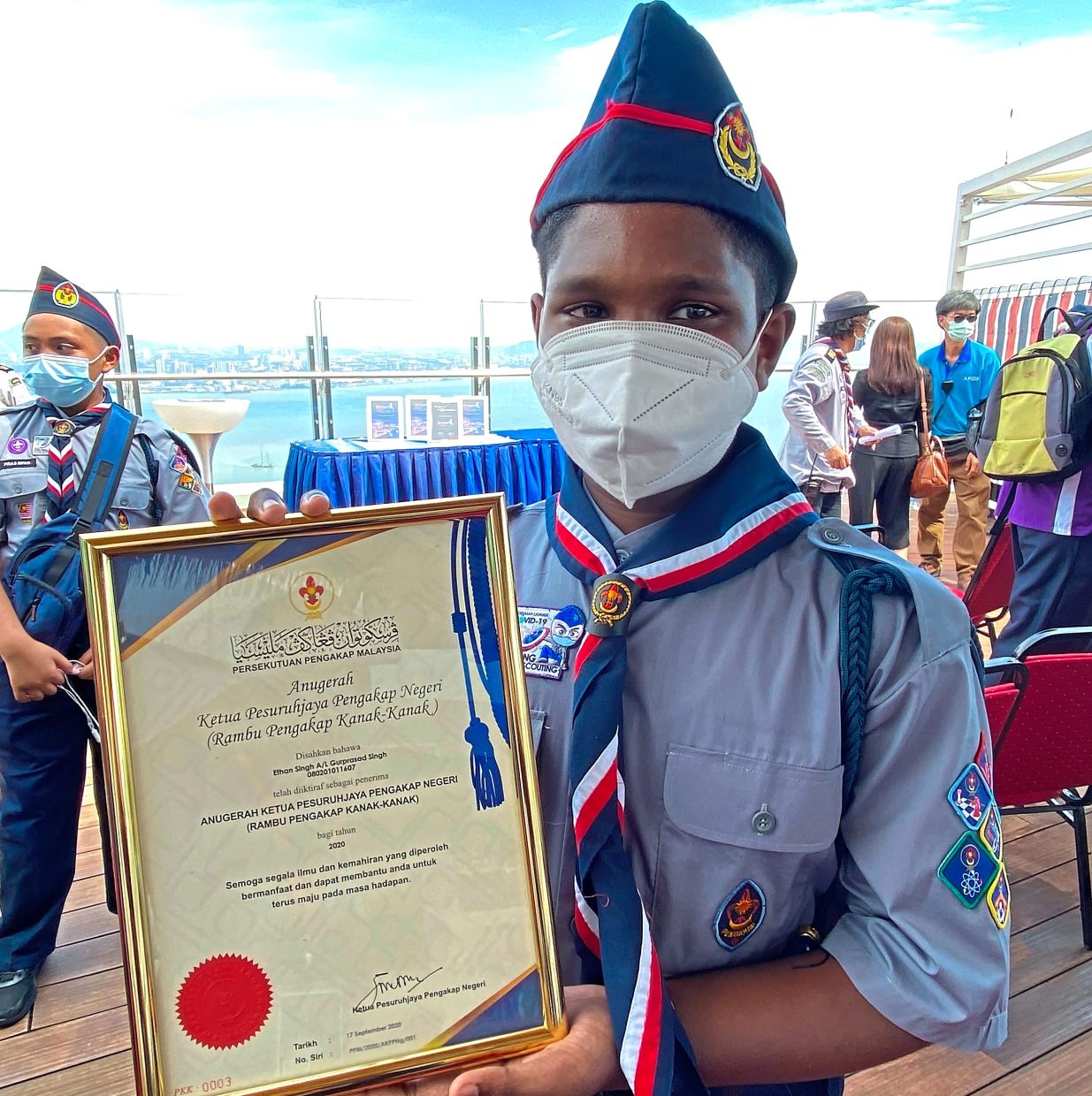 Ethan hopes to be recognised as a Royal Scout in the future.

Wong also praised GTS for helping to promote state tourism during the event.

Cub Scouts from several primary schools in the district received the State Scout Chief Commissioner Award for completing their tasks over several months, at the event.

Ethan Singh Gurprasad Singh, 12, from SK Bukit Gelugor said he was happy to have been able to complete the task given to him by his Scout master and to receive the award.

“The last time I had done good for myself was when I scored in my exam a few years ago, but this time I feel even more proud, ” he said.

Ethan said he hoped to be recognised as a Royal Scout in the future. Scouts and guests at the Jota-Joti 2020 event held at The Top Komtar.

Another Cub Scout Muhammad Fahim Rizqy Mohd Fazli Anwar, 12, said it had always been his dream to be a better Scout.

On the Jota-Joti programme, Fahim said it was fun to meet Scouts from other countries on radio frequencies and via the Internet.

He said the programme taught him new skills and he made new friends from other parts of the world.

Jota-Joti is the world’s largest digital Scout event taking place on the Internet and over airwaves.

Held every year in October, the event connects millions of young people around the world for a full weekend of online activities that promote friendship and global citizenship.

The programme enables young people and volunteers to participate in fun and engaging group activities over the Internet and amateur radio focused on developing 21st century skills through Scouting. Workshops to scout for talent