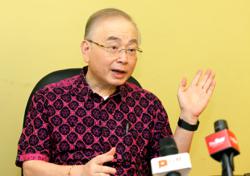 Even though Penang Port faced challenges due to the pandemic, the overall growth of TEUs has been very encouraging, says Tan. — Filepic

PENANG Port’s container traffic is expected to record 1.4 million twenty-foot equivalents (TEUs) in the last three months of the year although there has been a drop since the onset of the Covid-19 pandemic in March.

Penang Port Commission chairman Datuk Tan Teik Cheng (pic) said there had been overall improvement with the support of small and medium-scale enterprises, especially with the exports to China.

“SMEs played a big part in the transportation industry and they have been in the forefront in creating a robust industrial environment with the help of the state and Federal governments.

“Although there was a drop of 11% to 22% in container business from March to May, there had been improvement since June to September with business recording encouraging numbers, ” he said.

Tan said there had been a 2% growth in August this year compared to the same period in 2019, which showed that the upward trend would continue.

“Furthermore, rubberwood from South Thailand contributed to an increase in TEUs and we are confident that the month of October would see a more positive growth in container movements. “In fact, we are expected to record 1.4 million TEUs in October, November and December, which is a 5% drop compared to the business recorded during the same period of last year, which was 1.49 million TEUs, ” he said in his Facebook posting on Tuesday.

As such, Tan said although the port faced challenges due to the pandemic, the overall growth of TEUs had been very encouraging. 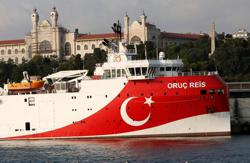