Inspiring parents to be money-saving superheroes 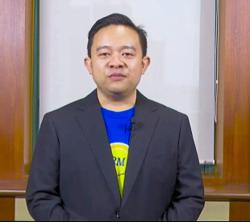 The online programme under the National Education Savings Scheme (SSPN) is organised in conjunction with World Savings Day, which falls on Oct 31, which is also the date when the programme ends.

The annual programme was previously known as SSPN Savings Week since 2018. Prior to that, it was held in public places, such as supermarkets.

“The programme is part of PTPTN’s efforts to prove our commitment to promoting SSPN for the benefit of everyone in society.

“We want people to be aware of SSPN and make it their choice when it comes to saving for their children’s education, ” said PTPTN chief executive Ahmad Dasuki Abdul Majid.

He was speaking at the programme’s launch held in Hotel Istana Kuala Lumpur.

“Children are not mature enough to think about saving for their education in the future.

“We want to highlight parents as being the ‘superheroes’ when it comes to early financial planning.

“We hope parents will play a greater role in instilling the habit of saving in their children, ” he said.

There will also be special appearances by Didi and Friends — PTPTN’s strategic partner for SSPN.

Additionally, there will be prize draws for various activities being conducted via the official Facebook pages of PTPTN and state PTPTN.

“This year, PTPTN is targeting RM1.5bil in SSPN deposits through some 400,000 new accounts.

He revealed that up to August, 275,964 accounts had been opened compared to the targeted 232,000 new accounts, with deposits totalling RM878.92mil.

Ahmad Dasuki said awareness of SSPN had increased during the movement control order period, and that more people were supporting the scheme.

Reading out the latter’s speech, Sulaiman said, “Up to Aug 31 this year, 4.6mil SSPN accounts were opened with deposits amounting to RM6.76bil.

“This programme is being organised with various activities online, in accordance with the government’s aspirations to digitalise services to the people.

“I hope this online programme will attract more Malaysians, especially parents, to start SSPN savings for their children’s future educational needs, ” he added.

Tabung Haji Ampang branch manager Biby Haslinda Karibullah, 43, who won RM2,020 in the monthly Cabutan WOW! SSPN-i Plus 2020 in July, was among the lucky winners present at the event.

“I have been saving RM50 a month since last year for each of my three children, so I do not have to use my other savings for their tertiary education later, ” she said.

Teacher Faziah Hanum Kisut, 52, who also won RM2,020 in the July lucky draw, said she had been saving between RM50 and RM100 for each of her four children.

“I want my children to further their studies, and SSPN savings will be very helpful later, ” she added.

Engineer Abu Husin Mamat, 40, yet another lucky draw winner in July, had been saving RM200 for each of his two children.

“This is my monthly commitment for their future.”

“I will put this cash prize into their savings too, ” he said, adding that he found SSPN very beneficial due to its takaful coverage.

University lecturer Hasanah Abd Khafidz, 45, who was among the lucky draw winners in August, said she saved 10% of her monthly income for SSPN savings for her seven children aged between six and 22 years.

“I do not know if my children will be able to gain entry into public universities or get any scholarship to further their education.

“If they have to study at private institutions of higher learning, they will need a PTPTN loan to cover the high fees, ” she said.

Hasanah said she had been saving with SSPN for the past 10 years, and found the takaful protection to be beneficial.

“If anything happens to me, each of my children will receive RM40,000 in takaful coverage, ” she added. 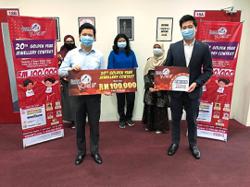 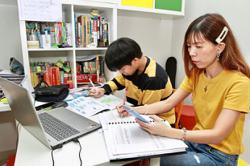