Poser over revival of highway project

Petaling Jaya residents are anxious over the proposed Petaling Jaya Dispersal Link which will pass through several areas in the city. — Filepic

The highway was proposed to link both Damansara and Kinrara.

PJD Link was the proposed highway concessionaire for the original project before it was cancelled.

However, Ng said he was not able to share details of the meeting as it was confidential.

“I would like to suggest that PJD Link (M) Sdn Bhd conduct an engagement with the elected representatives and residents groups. They should review any proposed alignment and listen to residents’ comments,” said Ng.

“The assemblyman does not attend this MTES meeting and it is a private meeting only attended by state executive councillors. We came to know about this from some documents circulated on the Internet.”

He expressed hope that all parties involved — MHA, the company and Works Ministry — could have a discussion with residents or the elected representatives about this matter.“We want to know what the highway line is going to be like.

“The residents are anxious over the highway.

“When people do not have much information, they worry and we hope more information will be made available.

“Residents should be invited to a meeting and given a full briefing. It can be done at the Petaling Jaya Civic Centre.

“Otherwise, more details should be made available online for public viewing,” said Rajiv.

He added that Petaling Jaya city councillors were not aware of such highway proposals sent to the council.

“At the councillors’ level, there is no application received for the highway. We are checking if there are new proposals sent to the council,” said Rajiv.

The controversial highway was cancelled due to technical reasons by former Selangor Mentri Besar Datuk Seri Azmin Ali in February 2015.Petaling Jaya resident M. Manu said it was surprising that there was now interest to revive this project.

“Just expand the Damansara-Puchong Highway at the bottleneck and allow more of the New Pantai Expressway to be connected to each other to solve the traffic problem,” said Manu. 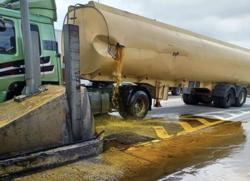