Designs by the Denmark-based BIG showing (pic, top) the Grand Canal and (pic, below) Sunset Beach.

A DENMARK-BASED company has been appointed the lead masterplan designer for the Penang South Islands (PSI) project which involves the development of three man-made islands under the Penang South Reclamation (PSR) plan.

Bjarke Ingels Group (BIG) came out tops in the PSI Masterplan Design Competition, beating 123 other submissions from 26 countries. Five teams were shortlisted in January this year.

Company founder and creative director Bjarke Ingels said they had set the bar as high as humanly possible by imagining a new archipelago that aimed to be more culturally and biologically diverse than the existing conditions.

“It is an immense honour to have been chosen to imagine this new contribution to the Malaysian archipelago.

“We are embarking on a journey to create more of Malaysia for future generations.

“If Penang is defined by its cultural diversity and biodiversity, then we would like the three planned islands to strengthen and enhance these assets, ” said Ingels in a video broadcast during a dinner at Equatorial Hotel as he could not be present due to Covid-19 constraints. 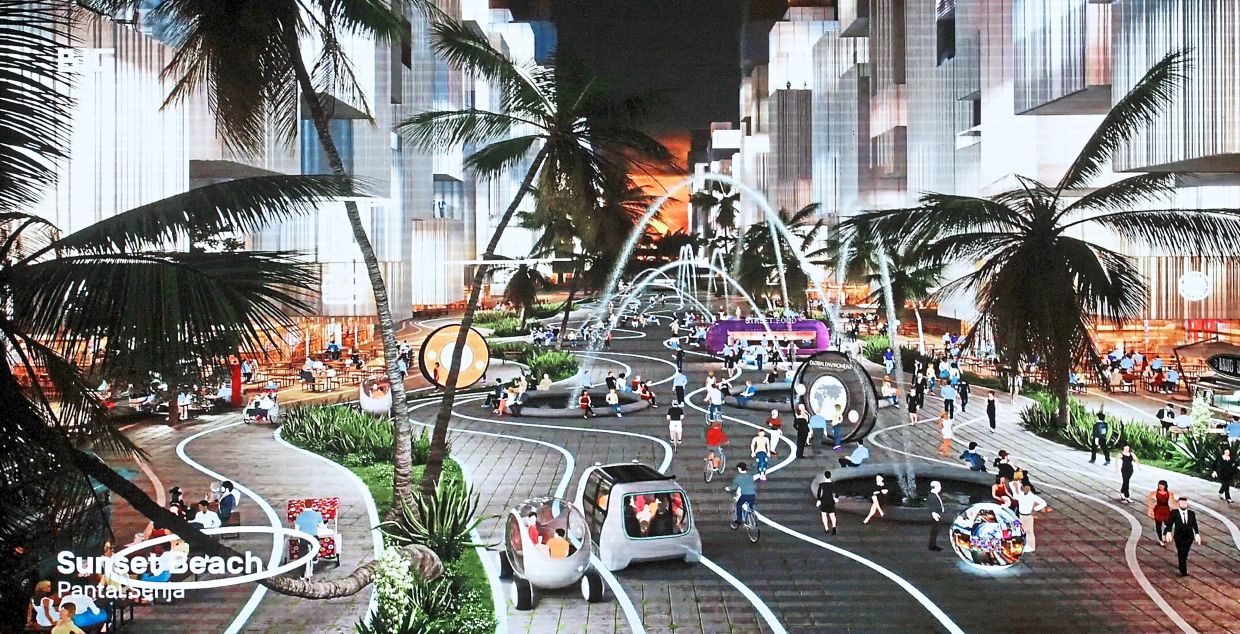 The competition is a Penang government’s initiative in collaboration with the Malaysian Institute of Architects northern chapter under the Board of Architects Malaysia.

Chief Minister Chow Kon Yeow, who announced the winner, said the BIG team would work closely with the state, collaborators and stakeholders to finalise the masterplan and develop urban design guidelines for the PSI project.

“The team will also collaborate with the state to ensure that all facets celebrate heritage and innovation while creating a home for growing communities, economies and ecologies, ” he said, adding that PSI embodies the vital social and economic goals at the heart of Penang2030.

Chow said the three islands, measuring 1,821ha of state-owned land, would comprise an advanced new ecosystem and serve as a model of liveability.

“As a key strategic initiative, PSI will trigger a paradigm shift for the industry, specifically in the electrical and electronics sector, healthcare and digital technology as well as Global Business Services.

“It will deliver economic multiplier benefits including thousands of jobs.

“PSI will provide a sizeable land allocation for a Smart Industrial Park which will incorporate features that are critical for Industry 4.0.

“With world-class infrastructure and smart city features, this catalytic development will be home to the next generation of technologies in artificial inteligence (Al), Internet of Things (leT), autonomous vehicles, health tech, robotics and many more, ” he said.

Chow said the state was committed to advancing this project to build a better Penang.

“We will strictly abide by all the requirements set by the federal approving agencies, ” he said.

Under the PSI project, the state is proposing to reclaim land to create three man-made islands south of Penang International Airport towards the east around Permatang Damar Laut.

The land bank is to fund the Penang Transport Master Plan.