Putting fabric scraps to good use

South Island Garment environmental publicity committee member Felicia Chan (left) briefing participants about the products that could be made from the fabric remnants at the MBSP headquarters in Bukit Mertajam. — Photos: ZHAFARAN NASIB/The Star

A FABRIC manufacturing company which used to send its scrap to the Pulau Burong landfill near Nibong Tebal will work with the Seberang Prai City Council (MBSP) to turn the scrap into handmade products such as blankets, pillows, rugs, wristbands and others.

The joint upcycle programme between MBSP and South Island Garment under their corporate social responsibility (CSR) initiative will involve the participation of six organisations and individuals.

MBSP mayor Datuk Rozali Mohamud said that the company upon realising that the fabric scraps could be upcycled, began collecting the fabrics and distributing them to interested parties for the programme.

“The company collected 180kg of scraps a month to be divided among the six organisations and individuals.

“The excess or used material will then be stitched and turned into upcycled products to be sold at the upcycle market, ” he said.

A circular economy is an economic system aimed at eliminating waste and the continual use of resources. 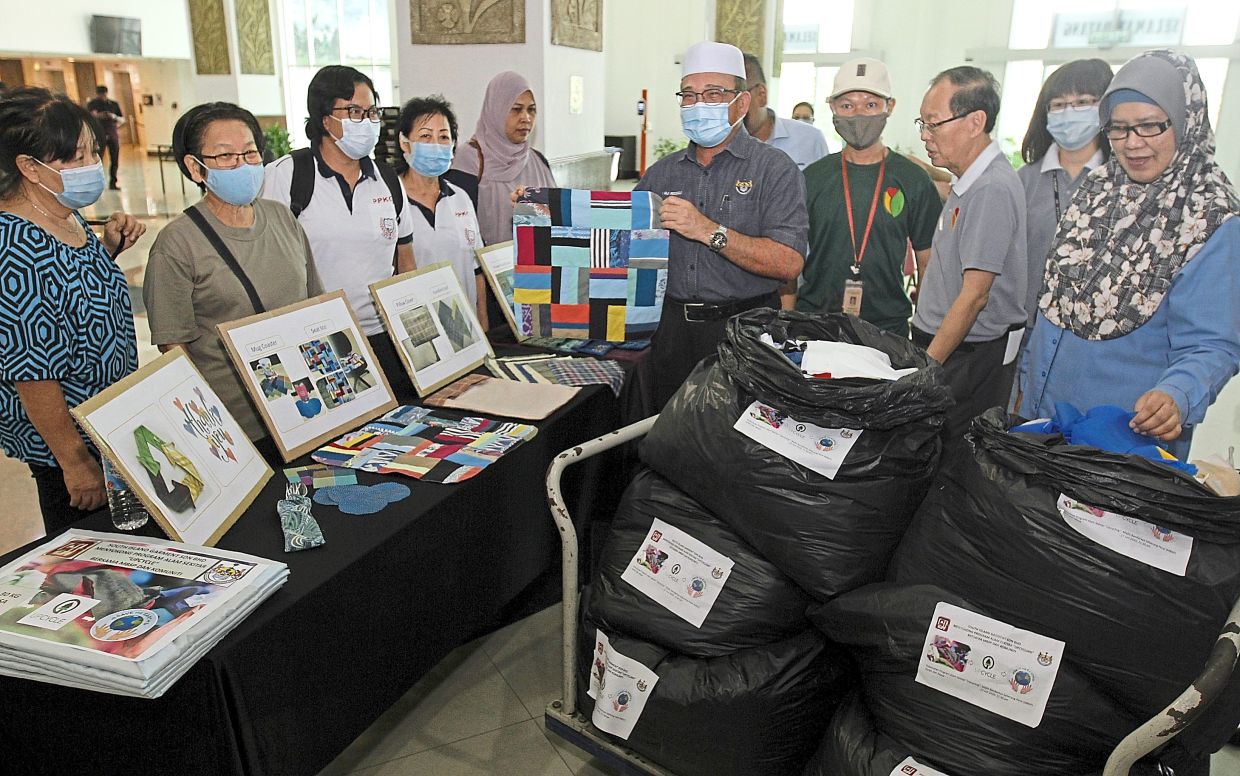 Rozali (third right) taking a closer look at some of the upcycled products made from fabric scrap.

He said currently Autocity Juru provides a free space for sale of upcycle materials on every first Saturday night of each month and growth community market, also at Autocity on the second Sunday of each month.

“Once the movement control order is lifted, the sale of products from fabric scrap will commence at Design Village on the third Sunday of each month, ” he said.

Lim, in his speech, thanked the council and LA 21 committee for providing an opportunity for the company to participate in the programme where fabric scrap could be put to good use.

He said Island Garment would supply 30kg of fabric scrap to each of the six participants monthly.

“The upcycle programme will benefit both the environment and the community.

‘With such a programme, it will reduce environmental pollution and at the same time generate economy benefits for the community, ” he said.

Lim hoped the programme would influence other parties and organisations to participate in upcycle programmes.