Seeing Penang in an artistic light

MANY art galleries across Penang have reopened under the recovery movement control order, allowing art lovers to once again feast their eyes on beautiful masterpieces.

But with new social distancing guidelines in place, exhibitions will not have opening ceremonies and only small numbers will be permitted in at any one time.

That was the case with the ‘City Impressions’ solo show of award-winning Malaysian artist Jansen Chow at The Art Gallery in Bellisa Row, Pulau Tikus.

The gallery hosted a handful of invited guests over several sessions, with director Tan Ee Lene and Chow both present to offer insights into the 28 featured paintings.

All are done in acrylic and oil, with 25 being scenes of George Town — a city which the artist and wife Chiayee Lam are both very fond of after numerous visits.

As someone who enjoys travelling and absorbing the essence of a place, Chow finds the island’s streetscapes, mountains, beaches and culinary offerings alluring.

“Wherever I visit, I make a point of going to its most bustling spots to take in the colours and energy. My works come from this feeling of excitement. They’re happy thoughts of places I’ve been. 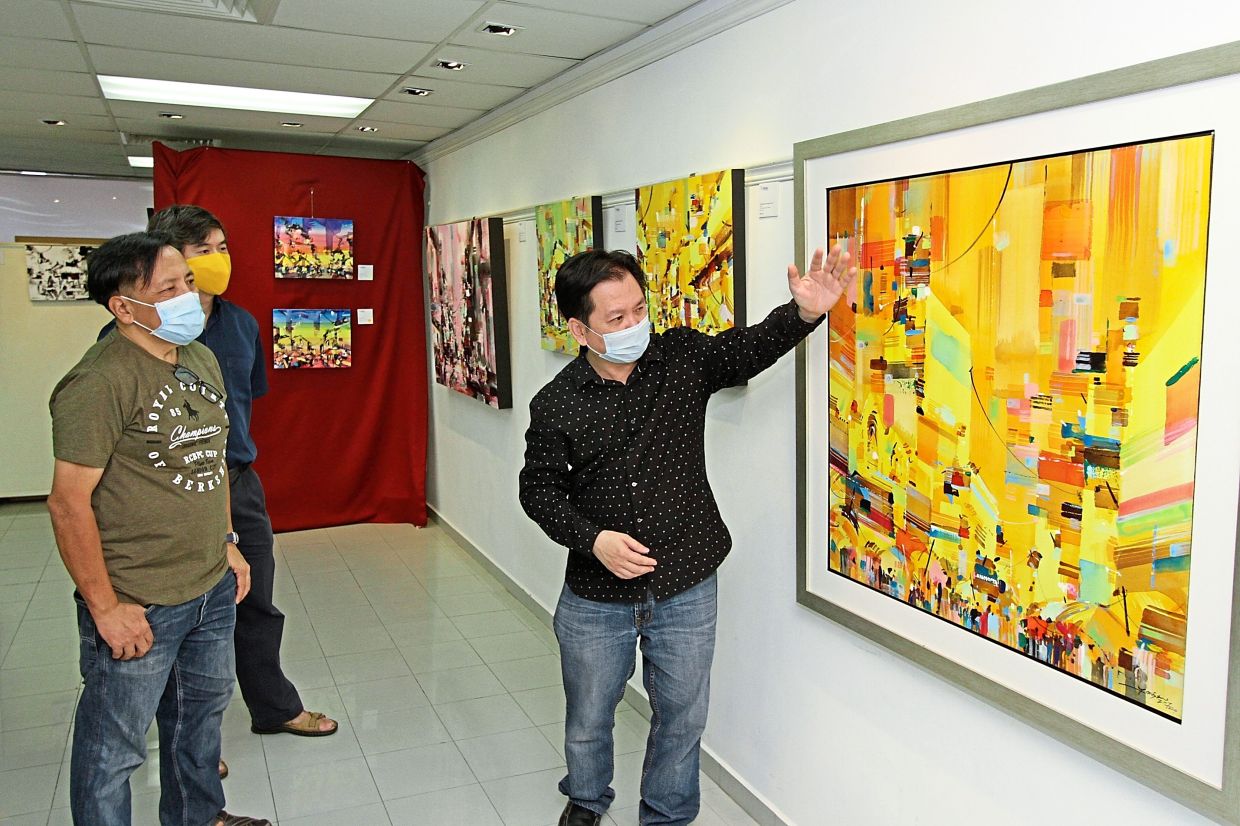 Chow briefing guests about his artworks featured in his City Impressions solo exhibition at The Art Gallery.

“George Town exudes a sense of liveliness with streets, buildings and people so animated at every hour of the day and night, ” the 50-year-old explained in a recent interview.

While his works are done in a semi-abstract style, locals would be able to identify familiar icons like Komtar, pre-war shophouse and roadside stalls.

As the city’s scenes have been painted countless times by other artists already, this approach is Chow’s way of giving familiar subjects new twists.

He said, “I don’t set out to replicate the original. Instead, I want to represent what I felt standing on the street corners, looking at buildings old and new, with people passing by. The movement is what brings the scene to life.”

Typically, he would do a simple sketch on-site, or even a quick watercolour painting. Back at his studio, he would add the appropriate colours based on what he felt. 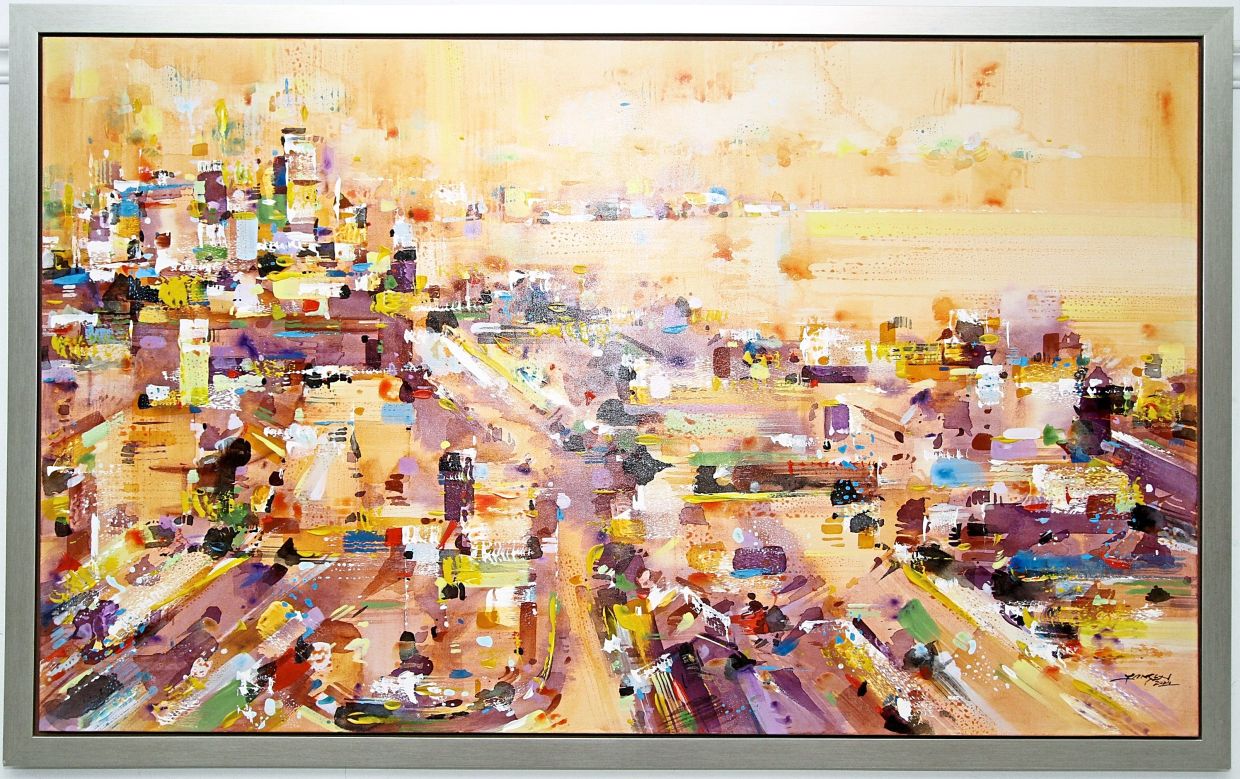 At other times, he would start with a blank canvas and let his memories take over. Regardless, he likes to paint after midnight, as the silence aids the creative process.

“Life has ups and downs. But I believe the world is beautiful and choose vibrant shades to reflect joy.

“After all, happiness is what you get when you savour Penang’s hawker fare, ” quipped the artist, born in Kuantan, but based in Kuala Lumpur.

He advises viewers to move around when admiring his works, as one may derive different emotions when seeing it up close or further away.

All featured works were done between 2015 and this year.

The gallery has also set up a virtual showroom, allowing art lovers to view every piece from the comforts of home.

Chow is the sole Asian artist to be awarded seven signature memberships, among them from the American Watercolour Society (AWS) and National Water Colour Society (NWS).

He is also a global ambassador for a leading watercolour brand.

He won an art scholarship and studied in The Art Students League of New York from 1994 to 1996. To date, he has won over 70 international awards for oil, watercolour, photography and etching, with nine of those being first prizes.

City Impressions is Chow’s 19th solo, besides featuring in over 400 group shows.

Chiayee is an accomplished artist herself, while their two teenage children are also into art.

He has one piece of advice for artists: “When possible, an artist should travel a lot. It allows you to grow by meeting new people, exchanging ideas and opening your eyes to new things.”

On his works, Tan opined, “Chow is able to distill complex scenes into non-specific landscapes with elementary blocks and shapes, while adding bold strokes and bright colours. 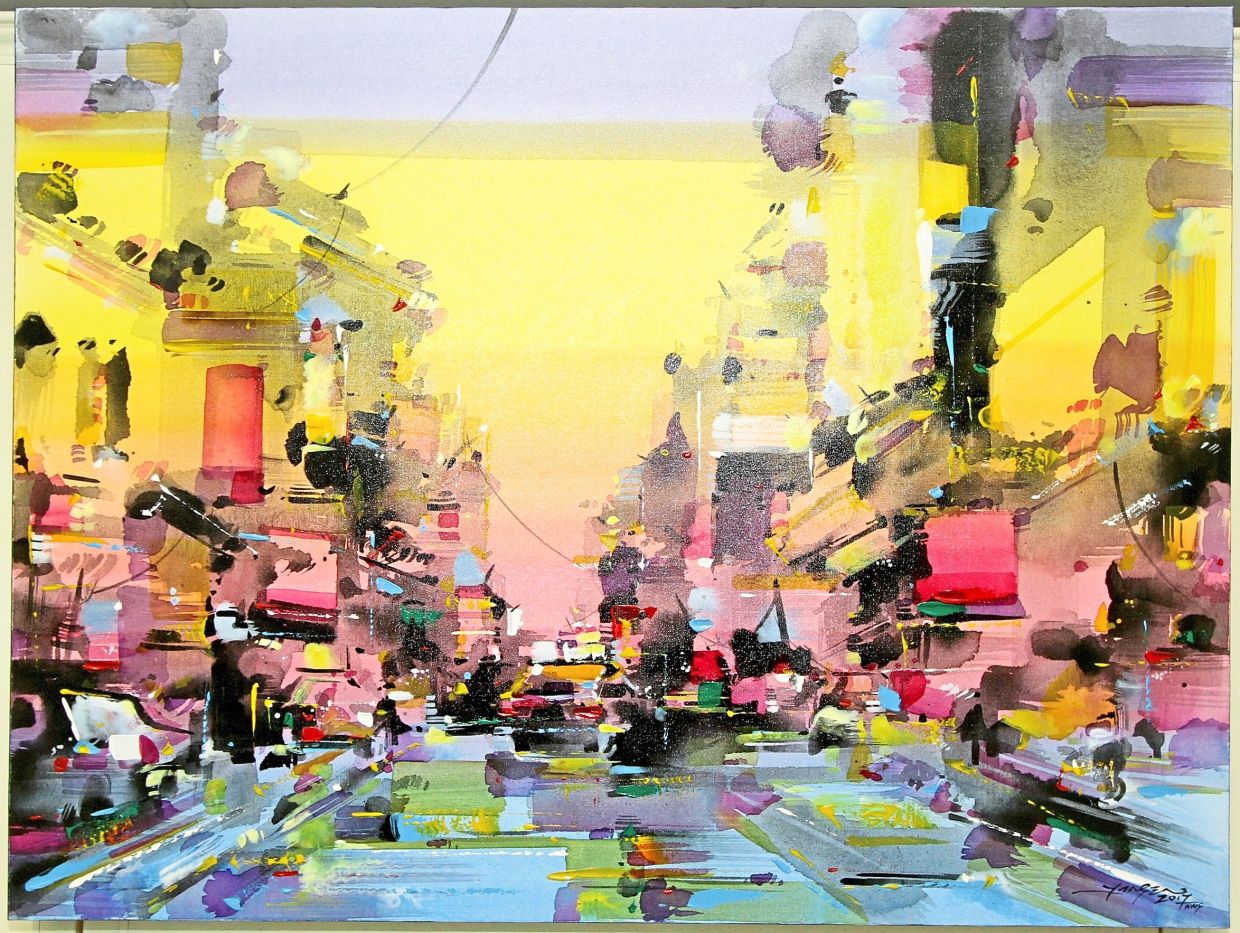 ‘Sun Sets In George Town’ is among the pieces featured in the exhibition.

“Be it a sunset, night market, rainy or busy day, each painting portrays a different feeling – at times romantic, other times subtle and often tranquil.

“His techniques and skills are very unique and one of a kind. It is simply mesmerising.”

The exhibition also includes three pieces of Taipei, a Friendship City of George Town, a prelude to another solo show in the Taiwanese capital at the end of the year.

The current show continues until July 5. It is open for viewing from 2pm to 5pm Friday to Sunday. For other times, it is by appointment only. Call Tan (012-6041434). Admission is free. 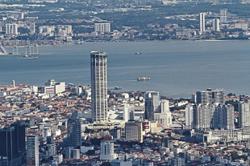 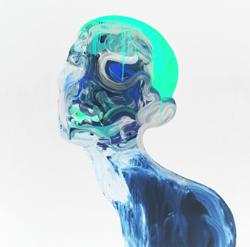