TANJUNG PIAI: The Agriculture and Agro-based Industry Ministry is focusing on efforts to find suitable land nationwide for pineapple cultivation.

“This is a 60% increase from the RM343mil recorded in 2018, ” he said after a working visit to the Pineapple Technology Development Unit at Alor Bukit in Pekan Nanas.

Johor is currently the biggest pineapple producer in the country followed by Sarawak, Pahang, Sabah and Kedah.

“Johor contributes about 58% of the country’s pineapple production meant for both local and international demand, ” he added.

Che Abdullah stressed that despite Malaysia producing about RM502mil worth of pineapples involving 16,653ha of plantations nationwide, it was still not enough to meet demand from the global market.

“For example, Shanghai requested 100 containers of pineapples to be sent there every month but we are only able to send about 10 containers a month.

“We see a lot of potential for the country’s pineapple industry where it can be our new economy.

“This is why the ministry, through Malaysian Pineapple Industry Board (MPIB), is looking for new land to cultivate the crop, ” he added.

He said under the 11th Malaysia Plan, MPIB set a target to have 7,120ha of land for pineapple cultivation but it now has more than 11,000ha of land.

“However, even with the increase in land size, it is still not enough to meet demand from the overseas market for pineapples” he added. 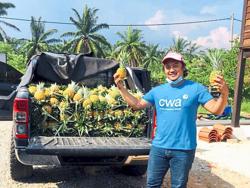 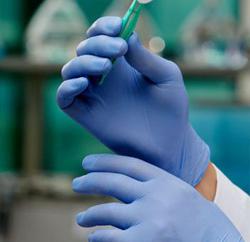