Many youths are enticed by the tobacco industry’s claims. — Filepic

MALAYSIA has approximately five million smokers and 10% of them are below the age of 19 with the number of young smokers expected to rise dramatically, said Consumers Association of Penang (CAP).

Its president Mohideen Abdul Kader said the number of youths who are addicted to nicotine has risen as it is during the teenage years that the initial brand choice is made.

“CAP joins public health advocates to mark World No Tobacco Day, which falls on May 31, by urging the Malaysian Government to protect youths from the tobacco industry’s manipulation.“Since the Government is compelled to implement guidelines of the World Health Organisation Framework Convention on Tobacco Control of which Malaysia is a partner, the industry has re-strategised.

“It has a new marketing approach where it promotes electronic cigarettes (e-cigarettes) and vapes as a ‘safer alternative’ to smoking,” he said.

Mohideen said if the Government allows e-cigarettes and vapes, then health problems similar to those suffered by cigarette smokers would arise, such as emphysema and obliterative bronchiolitis (popcorn lungs).

“When CAP did a survey in 2019, it was shocked to discover that many schoolchildren were into vaping and even engaged in the selling of the e-liquid refill of the e-cigarette devices.

“It was reported in late 2019 that there were about 7,000 e-cigarette flavours in the market to entice people to take up the habit.

“We call upon the Government to introduce the anticipated standalone Tobacco Control Act to replace the Control of Tobacco Control Regulation (CTPR) 1993, which had been ironically placed under the Food Act 1983.”

Mohideen added that the Government needed RM7.4bil to treat smoking-related diseases by 2025 and thus, it was vital to rein in the industry. 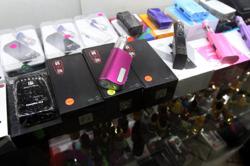