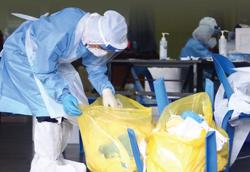 Workers at the Tanjung Duabelas Sanitary Landfill in Kuala Langat wear safety equipment and are encouraged to reduce direct contact with landfill users such as lorry drivers.

LANDFILLS in Selangor saw a massive drop in waste collection since the movement control order (MCO) kicked in on March 18.

Six landfills in Selangor saw up to an 80% drop in the amount of waste received as most commercial areas, industrial zones and construction sites are closed for business.

Eateries have also stopped dine-in services, and all open-air street markets ceased operations during the MCO.

“Selangor is the largest producer of domestic waste in Malaysia, with almost 8,000 tonnes of waste produced daily but since the MCO was implemented, we have seen a significant drop especially at our inert landfills, ” Worldwide Holdings Bhd group chief executive officer Datin Paduka Norazlina Zakaria said.

Worldwide Holdings Bhd, through its environment arm, has landfill operations in Selangor and Johor.

It handles close to 90% of total domestic waste produced in Selangor, which is sent to six landfills by Kumpulan Darul Ehsan Bhd (KDEB) Waste Management Sdn Bhd and other private collectors. 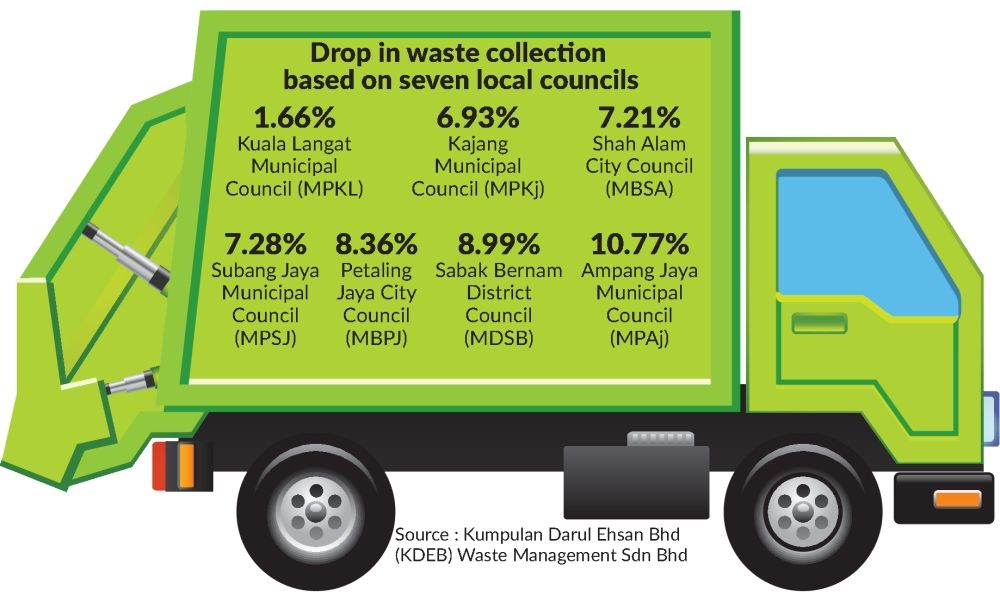 The inert landfills are in Sungai Kertas in Selayang, Kuang in Rawang and Dengkil in Sepang.

All landfills are in full operation as they fall under the essential services category.

A sanitary landfill is an engineered landfill where the leachate from waste is treated before being discharged into the river and electrical energy is generated from the gas.

This landfill caters to domestic waste, waste from restaurants and special waste from factories.

An inert landfill, on the other hand, deals with dry waste like construction, garden waste or even bulk waste such as wooden items. 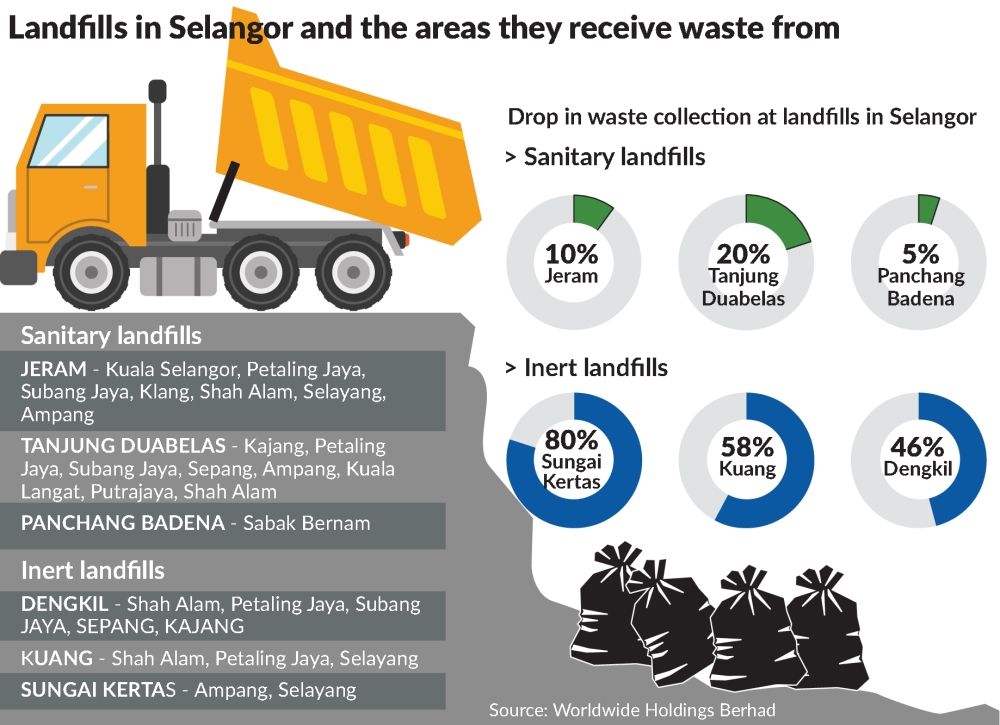 “All of our landfills recorded a drop since the restriction order was implemented on March 18 especially waste sent to inert landfills.

“Our Sungai Kertas landfill, for example, recorded an 80% drop in waste collected. This is the biggest drop recorded at all our six landfills here, ” she said. 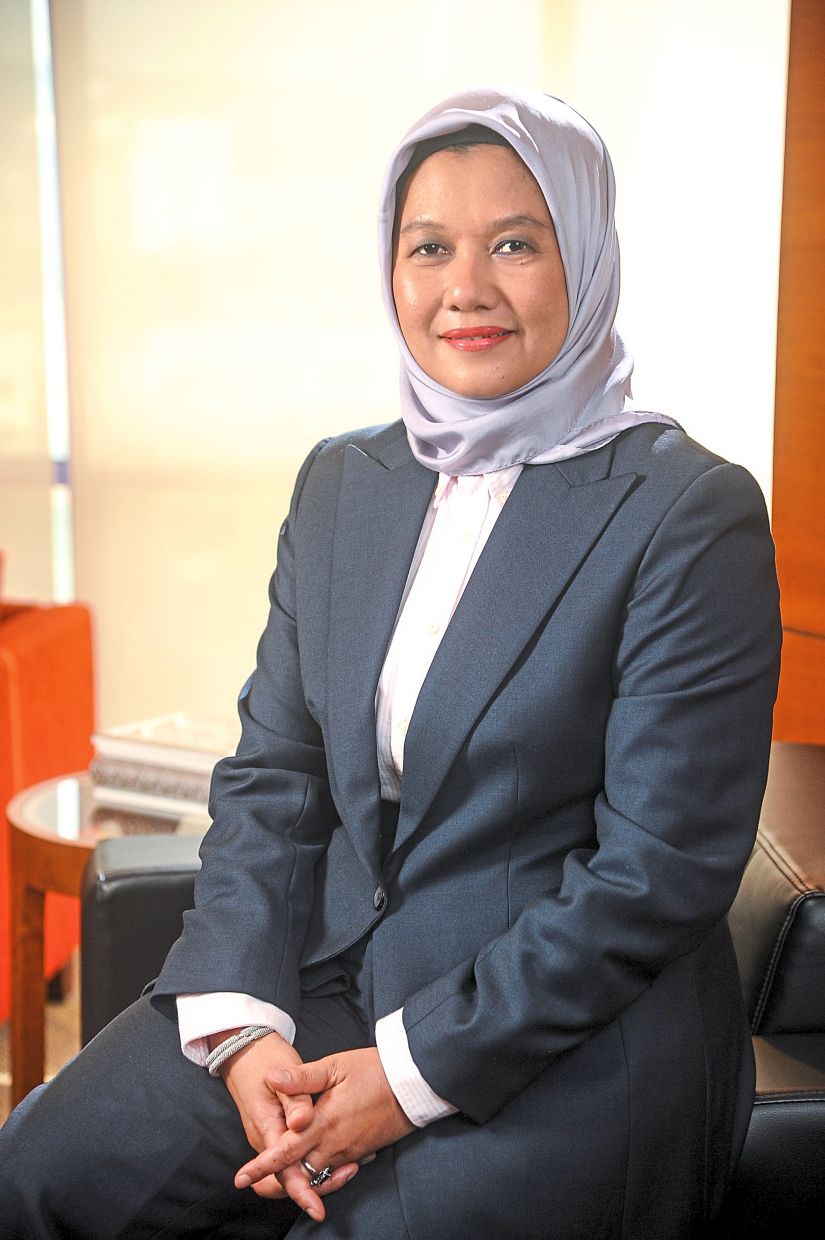 Norazlina says Selangor is the largest producer of domestic waste in Malaysia.Norazlina added that as the construction industry was inactive, there was a reduction in commercial and industrial waste sent to the landfills.

“There is a 40% drop in waste being sent to all of our landfills in Selangor, ” she said, adding that Johor landfills recorded a 30% drop.

“To ensure the safety of our staff at landfills, they are provided personal protective equipment and are encouraged to reduce direct contact with landfill users such as the lorry drivers.”

Workers there are also constantly reminded to adhere to the guidelines issued by Health Ministry.

Meals are provided to those on duty at the site.

Meanwhile, KDEB conducted a study to assess the impact of the MCO on waste collected a week before the order, from March 11 to 17, and after the implementation, from March 18 to 24.

“From our findings, all seven local councils showed a slight decrease in tonnage collected by 7.7%.

“The general assumption is that waste collected during the MCO has reduced or there has been no waste generated at industrial, commercial and certain institutions because they are not operating, ” said KDEB Waste Management Sdn Bhd managing director Ramli Mohd Tahir.

He explained that when a rubbish truck did its rounds, the route included commercial areas and residential neighbourhoods.

KDEB, he said, found that the amount of rubbish collected from residential areas remained more or less the same during the MCO and before its implementation.