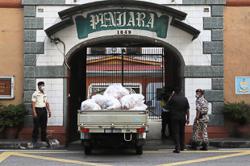 During the MCO, only dry markets and grocery stores are allowed to open for business. - Filepic

They are stubbornly refusing to obey directives from the Federal Government, state government and Miri City Council to comply with the movement control order (MCO).

Miri mayor Adam Yii and several councillors carried out a spot check in the city and found traders at several wet markets disobeying the restriction order.

“We issued directives to them not to open for business until March 31 and to cooperate with the authorities to help stop the spread of Covid-19.

“However, there are still those who refused to comply.

“They do not seem to understand how crucial it is to stay home or they just do not care at all, ” said Yii.During the MCO, only dry sections of the markets can operate, while wet markets must be enclosed in small premises.

In Miri, there several large open-space wet markets selling meat, fish and vegetables, and the council has barred them from operating until the MCO is lifted.

Yii said there were also a few food stalls that refused to shut down for dine-in customers until March 31 and some operators gave the excuse that their customers did not like takeaway food.

“They claimed that takeaways were not as delicious as eating at the stalls.

“This is dangerous behaviour, ” he said.

He pleaded with these traders to comply with the MCO or risk having punitive action taken against them. — By STEPHEN THEN 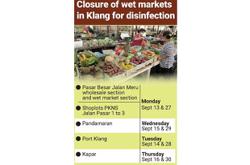 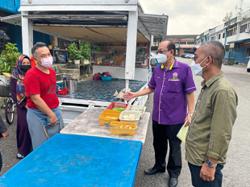