All measures in place for movement control

A restaurant staff putting up a DBKL notice. — Bernama

NON-ESSENTIAL services, including counter services at local councils and agencies in the Federal Territories have to cease until March 31, says minister Tan Sri Annuar Musa.

“Only services that involve cleaning and maintenance will continue. Anything that can be done at a later date will not be allowed until the restricted movement period is over,” he said.

He added that those who had to settle their compounds could wait until the movement control order by the government was lifted.

Annuar was speaking to reporters during his official visit to Putrajaya Corporation with his deputy Datuk Seri Dr Santhara Kumar Ramanaidu.

He also said that tourist attractions within their jurisdiction would be closed.

Annuar said many people were not aware of the seriousness of Covid-19 as there were no deaths reported so far.

He added that the government was taking pre-emptive measures to avoid the situation from worsening.

“We do not want a situation where thousands of people are affected by the virus and hospitals are unable to cope with the overwhelming number of patients, like what is happening in some countries.

“The success of containing the spread of this virus lies in our discipline in following this directive,” he stressed.

Annuar said they did not have enough enforcement officers to go around checking on everyone and everything during the order to restrict people’s movement.

“The government wants cooperation from all and the practice of self enforcement.

“Sacrifices must be made in the next two weeks for a common interest. I am sure we can overcome this situation if we all play our part well,” he said, calling all MPs, community leaders, heads of places of worship and NGOs, among others, to cooperate.

“This was not an easy decision by the Government as it would have negative implications on the economy, but it had to be made to avoid worse losses,” he said, adding that social gatherings were best postponed.

Kuala Lumpur City Hall (DBKL) Corporate Planning Department director Khairul Azmir Ahmad said apart from the enforcement, health and finance departments, and the hotline services, everything else would be on hold.

“Some staff will have to work from home, while all DBKL payment counters will be closed,” he said and added that the public, however, could settle their payments online.

“Our enforcement team on motorcycles will be on the ground to monitor the situation,” he said.

Khairul also said that DBKL would have three command centres to handle matters pertaining to their staff, residents living in government housing and public complaints.

Khairul added that general cleaning operations in the city would continue.

All 13 public parks in the city will be out of bounds to the public until further notice from the authority.

Even public libraries, sports complexes and community halls will be shut.

On eateries, Khairul said although dining-in would not be allowed, customers could order takeaways or via delivery service.

“At the end of the day, we advise people to practice common sense. If a place is crowded and a person who wants to tapau (takeaway), try to distance yourself from the next person to be safe’’ he added.

Cleaners of all People’s Housing Projects (PPR) and People’s Public Housing (PA) in the city have also been told to wipe and disinfect the lifts four times a day.

He said instructions have been given to cleaners to even wipe down post boxes at the flats.

Khairul added that all frontline staff would be equipped with face masks, gloves and thermometers. 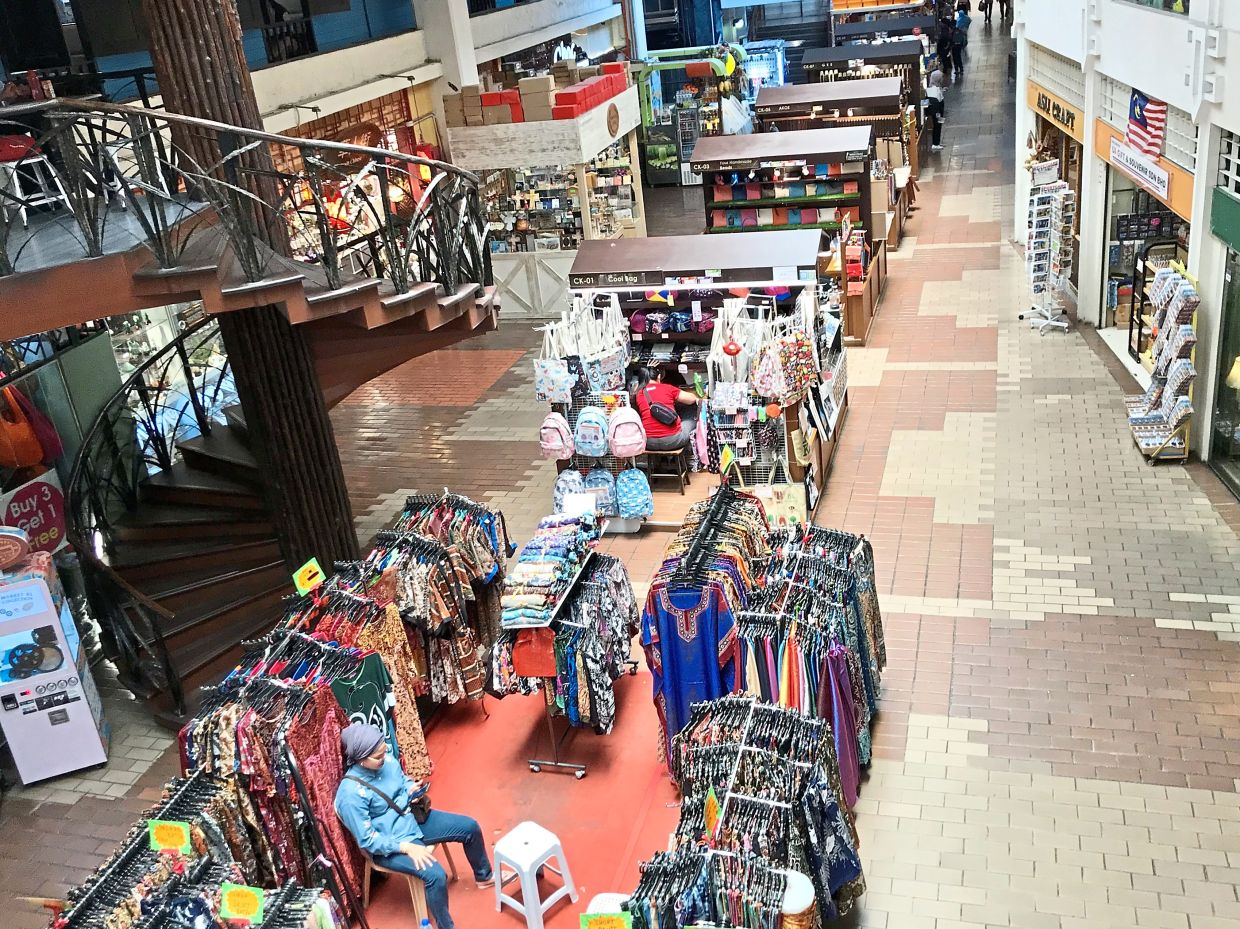 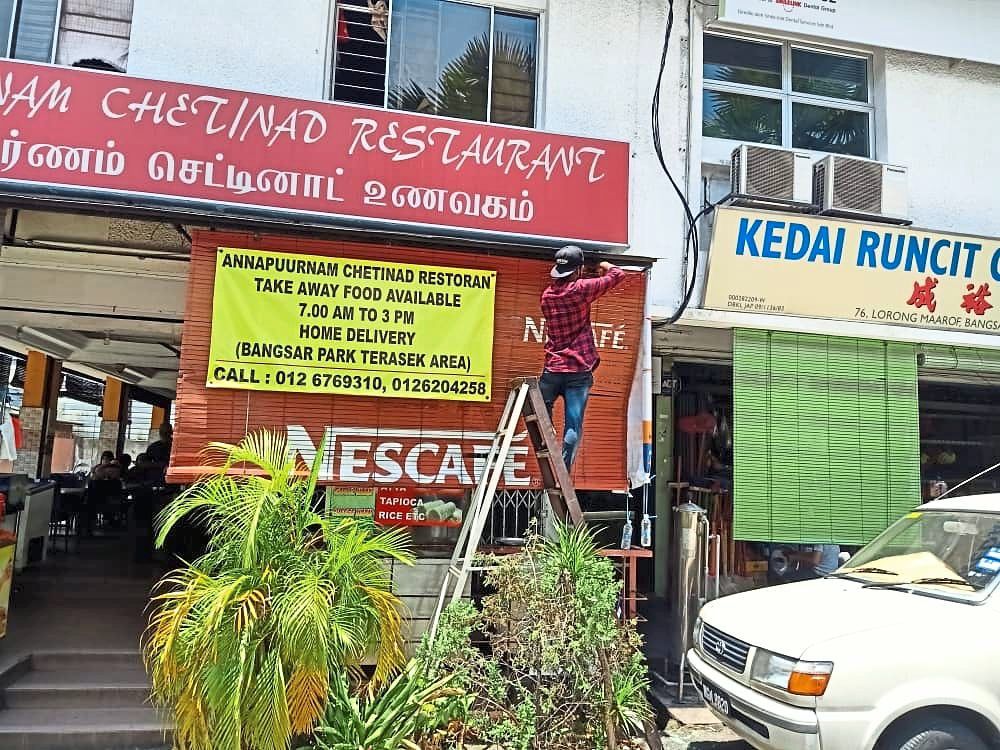 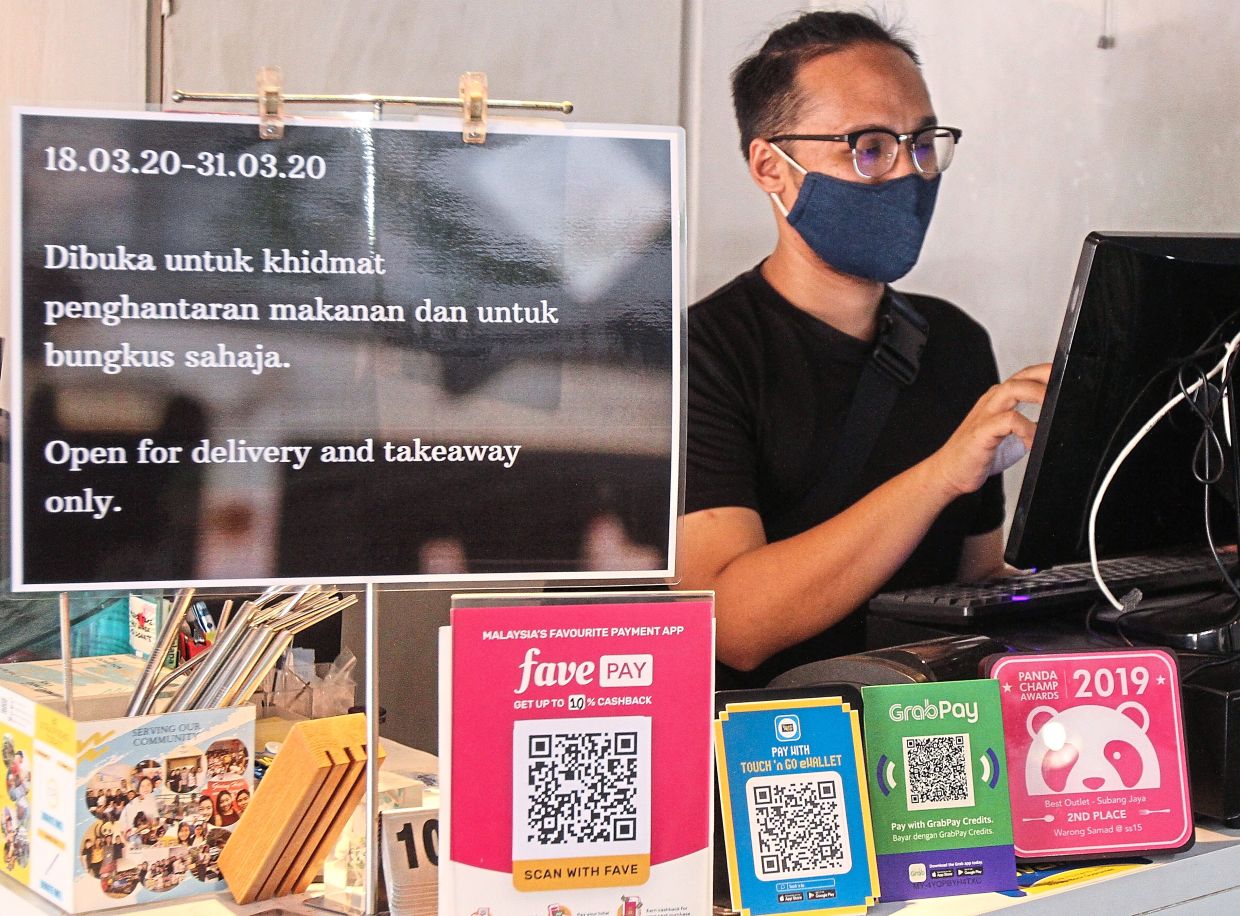 A restaurant staff putting up a DBKL notice. — Bernama

Local eateries putting up a sign to inform the public that takeaways are available.

A restaurant in SS15 Subang Jaya has a notice up offering takeaway and delivery service only.

Charitable organisations do their part to obey order