GETTING to know everyone in the ministry and agencies under it will be Tan Sri Annuar Musa’s first order of business at the Federal Territories Ministry.

However, the newly-appointed minister said it was premature for him to comment on various issues in the three territories he oversees, namely Kuala Lumpur, Putrajaya and Labuan.

“It is still too early for me to answer any questions regarding the functions of the ministry. Give me some time to meet and listen to the briefings.

“It should not take very long as I am a town planner by profession,” he said at Menara Seri Wilayah, Putrajaya during his first day clocking in at the ministry.

Asked if he thought the proposed Kampung Baru redevelopment plan was too big a scale, Annuar said, “Nothing is too big.”

His deputy Datuk Seri Dr Santhara Kumar Ramanaidu expressed confidence that the minister would follow through good initiatives by the previous administration. 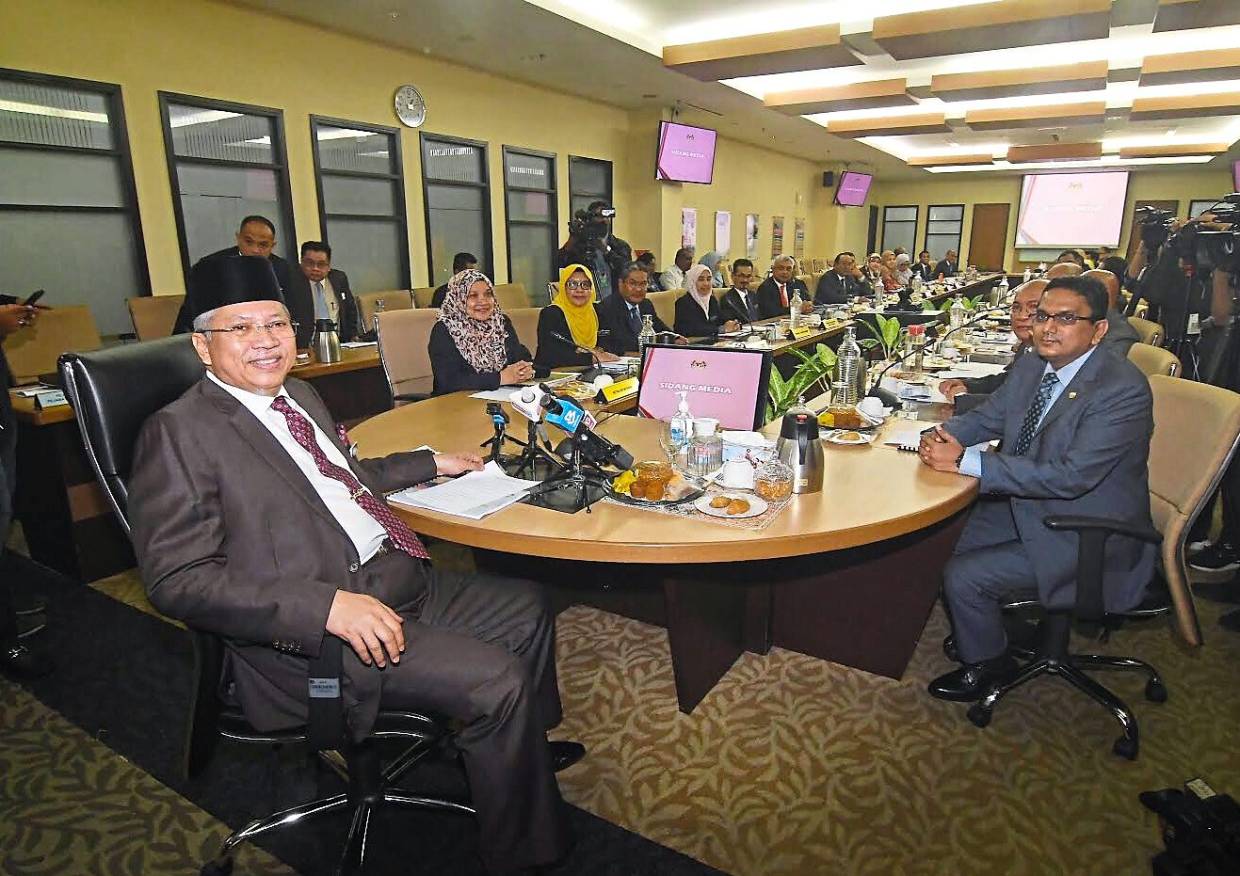 Annuar and Santhara (right) with the ministry staff on their first day.

“He (Annuar) is a seasoned politician with vast experience and this will be a huge advantage for the ministry moving forward.

“I am confident that he will do what is best for the people in the territories,” he said.

Accompanying the ministers on their first day of duty was the ministry secretary-general Datuk Rosida Jaafar.

He later obtained his Master in Construction Management from the University College London.

Santhara obtained a Master in Corporate Communication and later his doctorate in Business Management from Universiti Putra Malaysia.