ONE of the best times to be in Putrajaya is during the month of Ramadan. Visitors can literally sniff their way to the food bazaar near Putrajaya Corporation (PPj) Complex and Masjid Tuanku Mizan Zainal in Precinct 3.

Set up next to the 300 stalls is a booth manned by PjC’s environmental health division to ensure food traders toe the line in terms of hygiene. Another feature is the presence of a two-bin system at the hawker stalls. One is for food waste while the other is for recyclables.

When Putrajaya was bestowed the Asean Clean Tourist City Standard Award (ACTCSA) in Brunei on Jan 16 for the second time, its waste separation efforts were cited. More than just fulfilling a benchmark, it reflected PjC’s seriousness in creating an ideal environment for not only visitors but residents as well.

The ACTCSA recognises South-East Asian cities that are clean and green. The local authorities of participating Asean countries in Brunei, Cambodia, Indonesia, Laos, Malaysia, Myanmar, the Philippines, Singapore, Thailand and Vietnam are assessed on seven criteria: environmental management; cleanliness; waste management; awareness-building about environmental protection and cleanliness; green spaces; health and safety, and urban safety and security; and tourism infrastructure. Putrajaya has won the award two times. The first was in 2018. Cities that have been awarded this standard will be subject to a revision every three years.

For example, when the waste separation system was introduced at the Ramadan bazaar in 2017, hawkers were required to state that they would comply with it during the licence application stage. 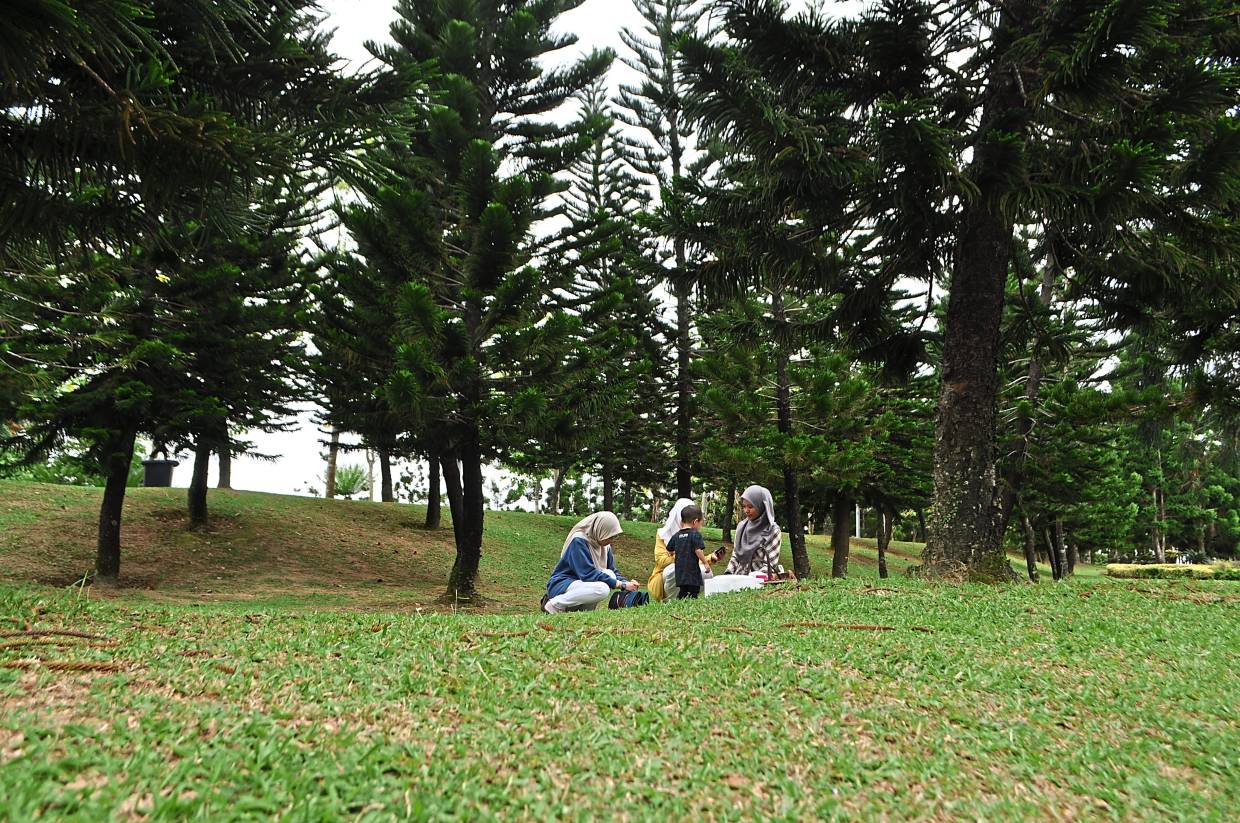 The Saujana Hijau Park in Precinct 11 offers ascenery of rolling hills and pine trees. Green spaces take up 38% of Putrajaya.

Those who mixed their rubbish got verbal reminders from health officers during daily inspections.

The programme is a continuation of a pilot project from 2009 to reduce waste at landfills. Today, waste separation is practised at all government departments in the administrative capital.

A report compiled for the ACTCSA evaluation panel showed that six of the city’s 20 precincts have recycling centres. There are machines to turn food waste into fertiliser at two of them. Eight carry out buy-back activities such as used cooking oil while awareness campaigns continue to reach out to schools and the community.

Precinct 15 resident and business owner Azhari Mohamed who received a special award from PPj for his recycling efforts in 2018, does his part to keep his surroundings clean by carrying spare rubbish bags and picking up any trash he sees along the way.

“I began to collect used boxes when my wife and I started our direct marketing business in 2010. We get about RM70 a week from recyclables. This goes back to staff benefits like pizza treats or to buy petrol for transport, ” he said.

In preparation for Visit Malaysia 2020, PPj will be collaborating with the Quality Restroom Association (QRAM) to organise seminars, cleanliness contests and twice weekly inspections for 298 public toilets under its jurisdiction. View of a clean street at Precinct 15 in Putrajaya. Malaysian Bumiputera Association of Tour and Travel Agents president Mohd Ali AB Malek says he hopes the city is able to maintain its status with the Asean Clean Tourist City Standard Award for the next round of judging which will take place in 2022.

The estimated cost for cleaning and maintaining these toilets can reach hundreds of thousands of ringgit a month comprising staff wages as well as for the purchase of cleaning solutions and equipment.

But life in a clean city is not just about how it deals with rubbish and public toilets.

Other issues such as coping with strata living – 80% of Putrajaya’s community live in high-rises – is also part of the 112 activities and 26 initiatives in the blueprint.

Most of these programmes will take place in four neighbourhood activity centres located in precincts 16,8, 9, and 11. All except the one in Precinct 8, have swimming pools with common facilities such as squash, tennis and badminton courts, plus meeting rooms and playing fields. 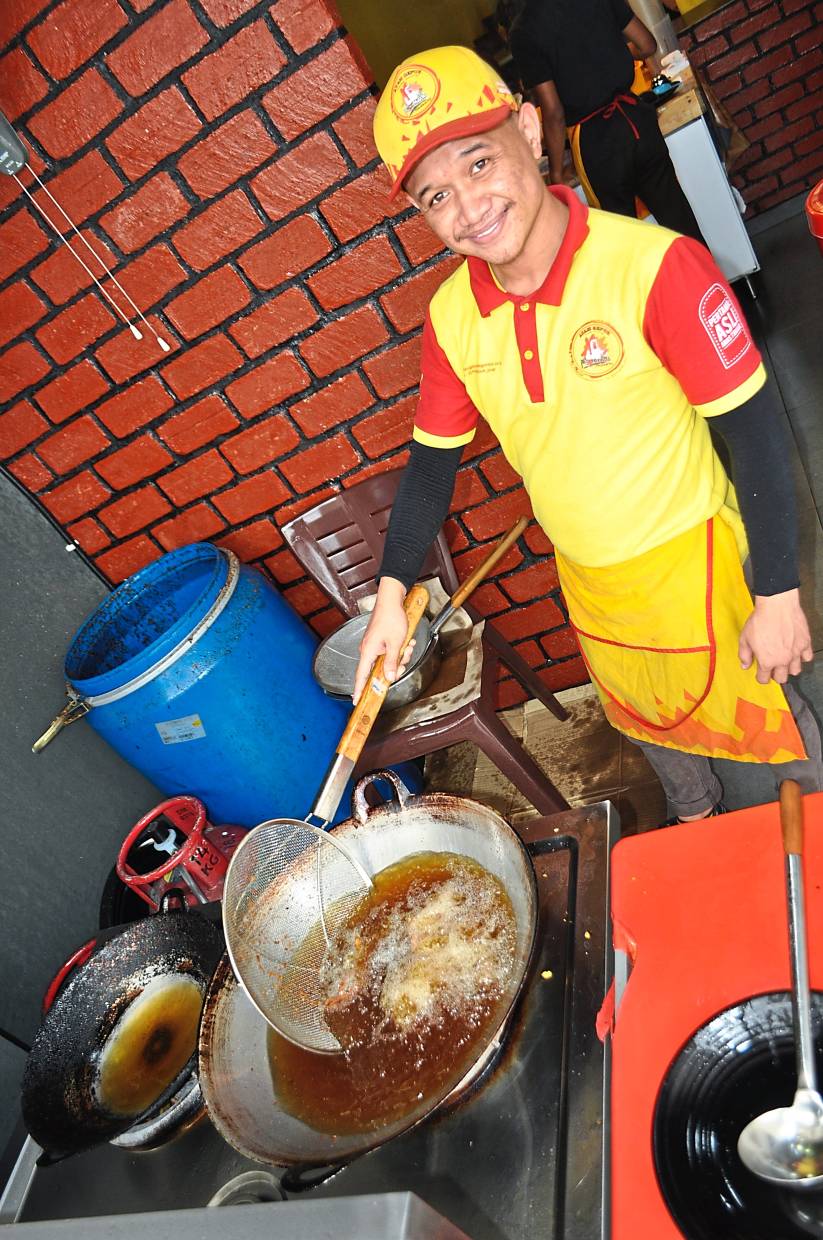 This worker at a restaurant in Putrajaya will empty the used cooking oil into a drum behind him. This will then be collected by waste contractors.

The centres also house a library each and in November 2015, a collaboration with KL Braille Resources saw the placement of some 100 revision books at each library for the visually impaired.

There is also an activity centre for senior citizens near the PPj Complex where retirees like Nor Faridah Othman, 62, take part in activities like chairobics, foosball and health talks.

She cites walking as her favourite form of exercise and goes to the Saujana Hijau Park in Precinct 11 every morning to enjoy the rolling hills and pine trees there.

Green spaces take up 38% of Putrajaya. There are 12 parks in the city. The Putra Perdana Park in Precinct 1 will become the focus of attention this Aug 29 when Tun Dr Mahathir Mohamad will unveil the time capsule he had put there during his tenure as the fourth prime minister in 1995.

The contents are no secret as a plaque there mentions what the capsule holds, namely copies of official documents, technical reports and corporate brochures. But there is a message from the Prime Minister which will only be revealed on that date.

Some time in 2015, Pizi Jijat, the assistant director of Kapsul, a local feature film based on the capsule’s contents, had tried asking Dr Mahathir about his message. However, the Prime Minister, who had a cameo in the film, said he could not remember.

Anyone who may be thinking of digging the capsule up before the date should forget it as there are a total of 247 high resolution closed circuit television (CCTV) cameras with zoom functions and night mode recording installed in Putrajaya.

Another 200 units will be added in phases as part of the area’s upgrading and maintenance plans. PPj will also be adding another 50 panic buttons to the existing 39 units already in place for emergencies. This function is also available in a mobile app. 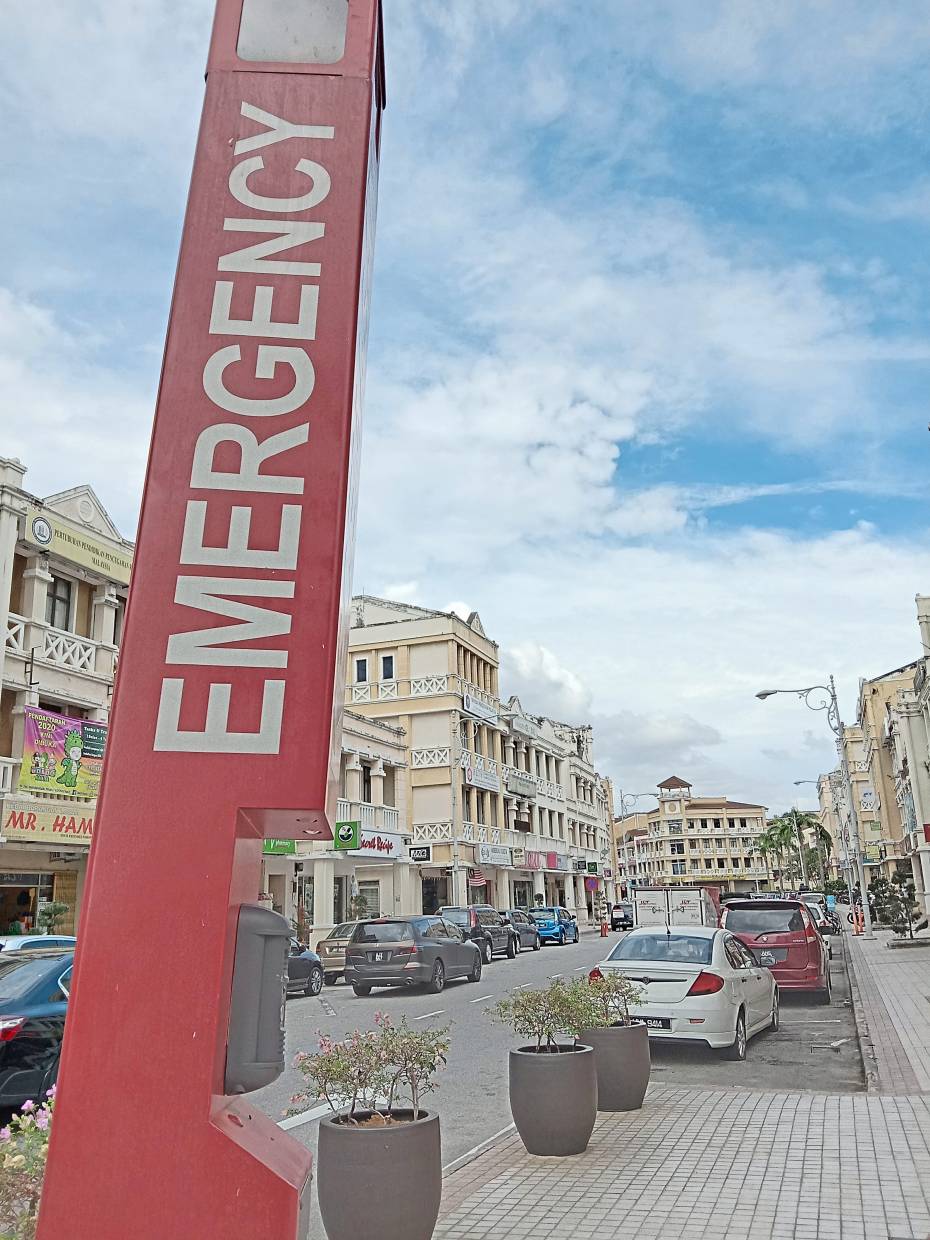 A panic button at Precinct 15 in Putrajaya. The local authority will also be adding another 50 panic buttons to the existing 39 units in place for emergencies.

The CCTV cameras and panic buttons connect to the Putrajaya Command Centre, a 24-hour facility manned by personnel from the Civil Defence as well as Fire and Rescue departments, police, Hospital Putrajaya and PjC’s own enforcement unit.

This year will also see the city’s effort to instal smart meters to record the consumption of electricity and communicate the information to Tenaga Nasional Bhd for monitoring and billing through radio frequency being continued.

Putrajaya started this project in 2017 in line with the utility company’s plan to to equip a total of 9.1 million households across Peninsular Malaysia with the smart electric meter by 2026.

The new meters will allow for services such as automatic reconnection of supply and also do away with the need for meter readers to make house visits as bills are automatically read every day.

Malaysian Bumiputera Association of Tour and Travel Agents president Mohd Ali AB Malek said he hopes Putrajaya is able to maintain its status with ACTCSA for the next round of judging which will take place in 2022.

“A clean city is always a plus point for tourism. Strengthened with promotional activities, I have no doubt that the administrative capital can be a viable destination for visitors as well as a choice place to live, ” he said.