Cubans make it a double celebration

IT WAS a vibrant affair as the Cuban Embassy celebrated its National Day in grand style in Kuala Lumpur.

The reception also honoured the 61st anniversary of the Cuban Revolution and 45 years of diplomatic relations between Cuba and Malaysia.

Guests were treated to a scrumptious feast and serenaded by a live band.

In her address, she said Malaysia and Cuba had enjoyed warm diplomatic ties since Feb 6, 1975.

She singled out Prime Minister Tun Dr Mahathir Mohamad, who visited Cuba and signed agreements on economic cooperation during his first stint as premier, as the main architect in building cordial ties between the two nations.

“They (leadership of both countries) made it possible for two countries with different political systems to respect each other and cooperate peacefully. 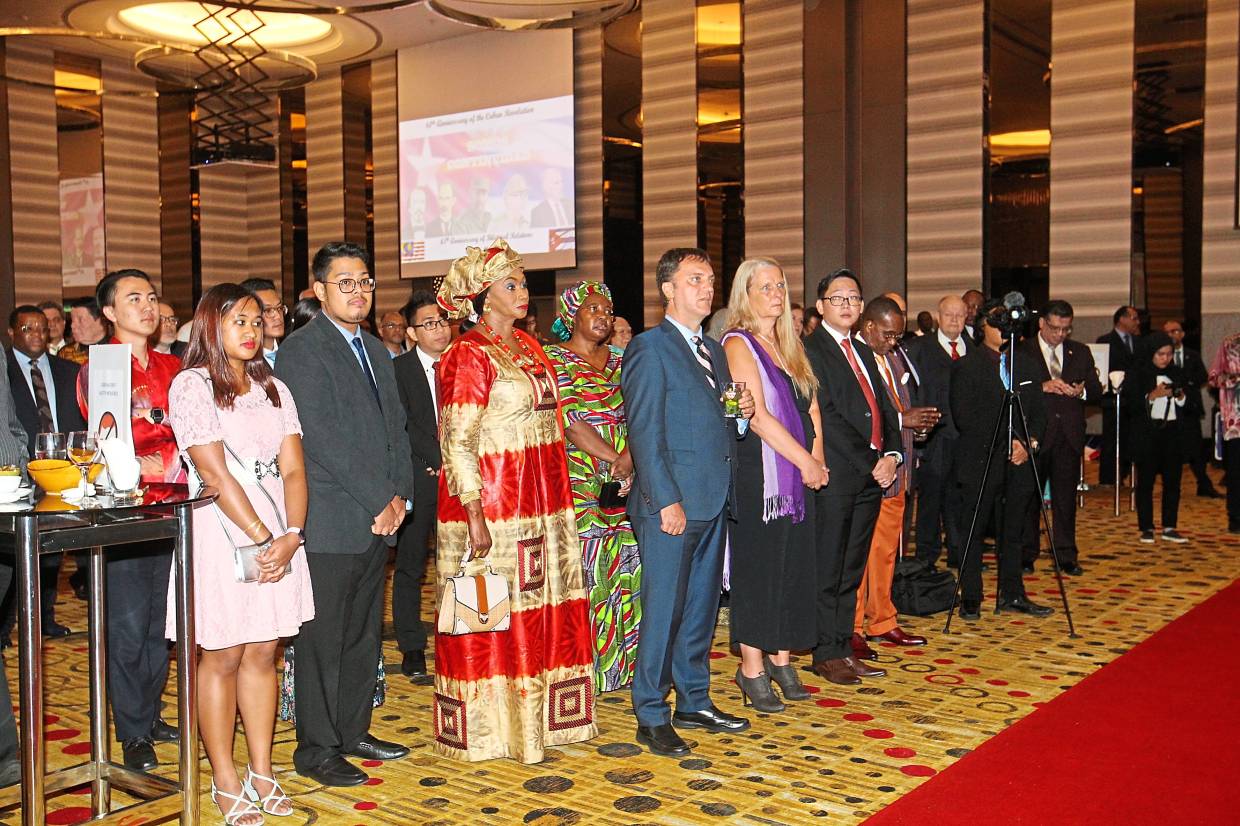 some of the guests who attended the reception.

“Cubans and Malaysians have learned to look at each other in a positive and friendly way. Undoubtedly, people-to-people relations have created a great impact in raising awareness of our respective countries, despite the physical distance that separates us, ” she said.

Hernandez said Malaysia-Cuba ties had strengthened over the years, with the Caribbean nation having offered scholarships to several Malaysians to study medicine in Cuba.

“In the past 45 years, Havana and Kuala Lumpur have developed links in many areas such as commerce, science, biotechnology, sports, education and medicine.

“Malaysia and Cuba have shown a high level of coordination and mutual support in international forums, not only in bilateral issues but also challenges affecting the world, ” she said. A live band serenading guests at the event.

Hernandez said there were many business opportunities for both countries to explore.