Drawing visitors through ecotourism in Putrajaya

The administrative capital has been given the Asean Clean Tourist City Standard award for 2020-2022, which recognises the cleanest, greenest cities in South-East Asia.

Putrajaya is also recognised by Unesco as an Ecohydrology Demonstration Site.

A demonstration site applies ecohydrology principles and solutions to solve both social and environmental issues.

Putrajaya’s main draws are its 12 parks, which takes up 38% of the nation’s administrative capital’s space, a waterfront that allows cyclists some 38km of uninterrupted pedalling around an expansive man-made lake and the surrounding architecture.

The jewel in its ecotourism crown is the man-made wetlands where more than 200 bird species have been recorded.

Not surprisingly, PPj has a tourism programme just for birding alone.

Putrajaya even has an official bird — the baya weaver — which is known for its woven pendulous grass nests. Birdwatchers have likened them to “houses in the sky”.

Visitors can see these nests at the Putrajaya Wetland Park, either in the air-conditioned comfort of the Nature Interpretation Centre or outdoors amid the flora and fauna of the administrative capital’s freshwater wetlands.

Come November, visitors will have more reason to gather here with the Putrajaya Bird Race, an annual event that will also see fringe activities such as bird call imitations and recognising birds from their songs.

A book launch, special trails, bird hides and live streaming enabling birdwatchers from other parts of the world to observe them through the Internet will also be rolled out this year.

In his research journal, Ahmad also called the wetlands “a fertile observation and study ground for researchers”.

In fact, the landscape department of the Selayang Municipal Council was said to have modelled a drainage filtration system for Tasik Biru in Rawang following the wetland’s principle features.

Comments from a Cyberjaya resident and an avid traveller on an online travel platform speak of a seamless connectivity between Cyberjaya and Putrajaya via the waterways.

But a check with national canoeist Adam Aris, who trains here, revealed it was illegal for an individual to boat on the lake without permission from PPj.

He said the set boundary for kayaks and canoes was roughly from the Putrajaya Lake Club to the Sultan of Selangor’s lakeside palace, about 1km away.

It is possible to go beyond that, however.

The Sukma canoe team, for example, has permission from PPj to paddle all the way from the club to the marina in Precinct 6 before making a U-turn back to the club again.

There is one condition, however — a rescue boat must be with the team at all times.

Putrajaya Marine Police chief ASP Wan Mansor Wan Osman said anyone who wants to canoe or kayak on the lake would have to go through the club.

First-time offenders caught boating at the lake without permission from PPj will be given a warning.

Repeat offenders risk having their vessels confiscated and being fined no more than RM300.

“For safety, we will only allow planned activities such as lake cruises and the annual dragon boat races, ” said ASP Wan Mansor.

Thrill seekers can go to the marina to look for water sport operators who offer water skiing, wakeboarding, flyboarding and stand up paddling packages.

There is even a class that teaches you how to do yoga while standing on a paddle board.

The area marine police chief and Putrajaya resident said there were other ways to get fit.

Cycling and running, for instance, are popular activities in Putrajaya.

“The beautiful scenery makes it pleasant for cyclists and runners, ” said ASP Wan Mansor, who pedals up to 20km in a week with a group of friends.

This explains why there are 141 running and cycling events on a yearly basis here.

Runners and cyclists turn up in droves at night, when the weather is cooler and the roads quieter. Night marathons are frequently held here.

Another draw for Putrajaya folk is the Challenge Park where climbers, skateboarders, inline skaters and terrain mountain cyclists gather.

Go to the skatepark and you will most likely find centre manager Mohd Bazly Mohammad Najib zipping around the skatepark’s bowls.

A recent visit to the wall climbing centre revealed the speed wall will soon be upgraded to follow specifications set by the Olympic Games. The council is also hoping to rope in retirees to become tour guides to help the tourism effort.

Zainal Abidin Yahya, who is chairman of Pusat Aktiviti Warga Emas Putrajaya (PAWE), a senior citizens group supported by the Welfare Department, said this was a possible way for some of the group’s 146 members to earn some income.

PAWE member Anuar Mohd Said, 60, who had taken tourists around before, said day trip packages are easy to plan.

“For RM250 per person plus lunch and transport, a tour operator could start at the International Convention Centre, known to locals as the ‘Cowboy Hat’ in Precinct 5.

“This is where you can see the whole of Putrajaya. It is best done at the start of the day for a clear view, ” said Anuar.

Next in the itinerary are the Putra and Tuanku Zainal Abidin mosques, known to locals as the Pink Mosque and Iron Mosque respectively.

Anuar said this route would enable the tour operator to show visitors Putrajaya’s monumental buildings located along Persiaran Perdana on the way back from Precinct 5.

A trip to the Botanical Gardens may take place after lunch. The trip could end with a lake cruise so visitors can see the sun set on the horizon.

But a visitor can easily explore Putrajaya alone.

A tourist information centre at Putra Square in Precinct 1 has all the necessary details, food stops included.

Signboards and a helpful community, largely made up of civil staff, makes it easy for a newcomer to find their way around. 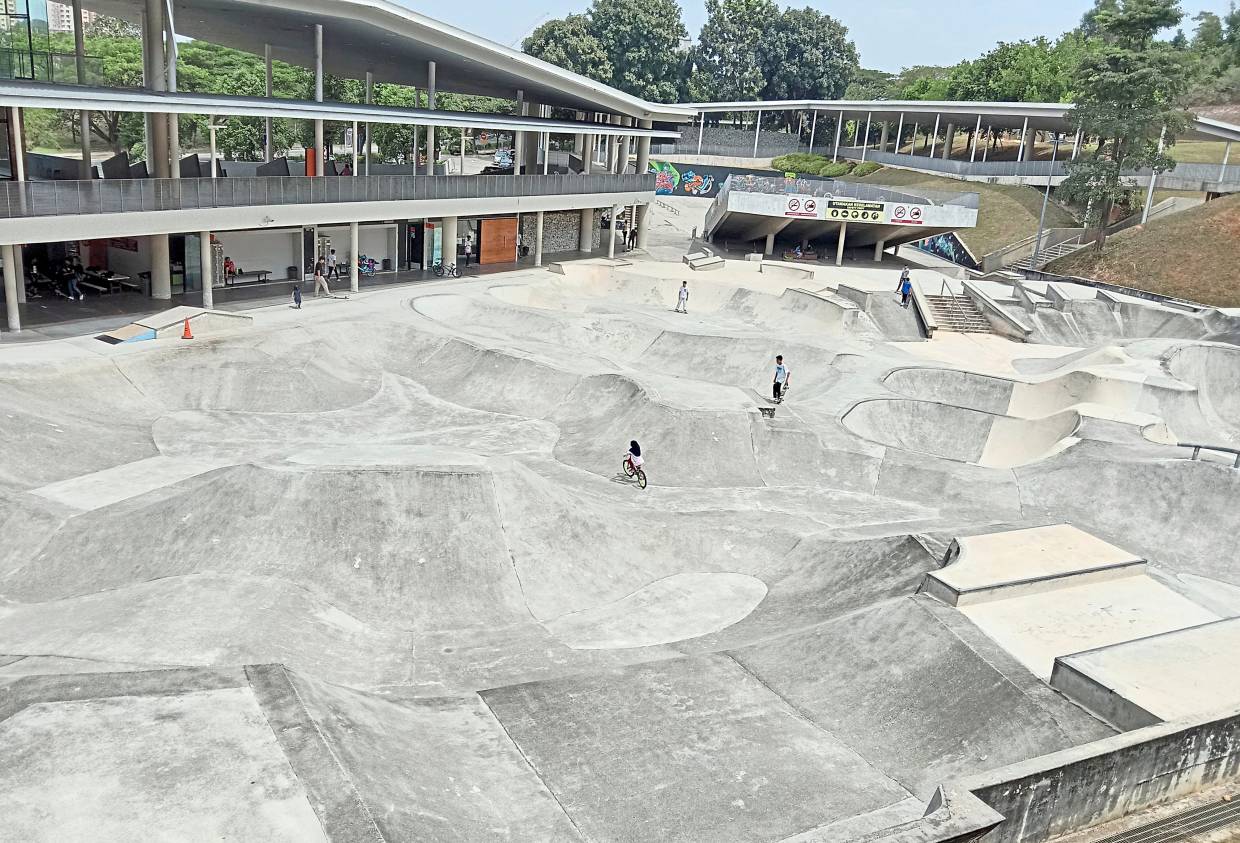 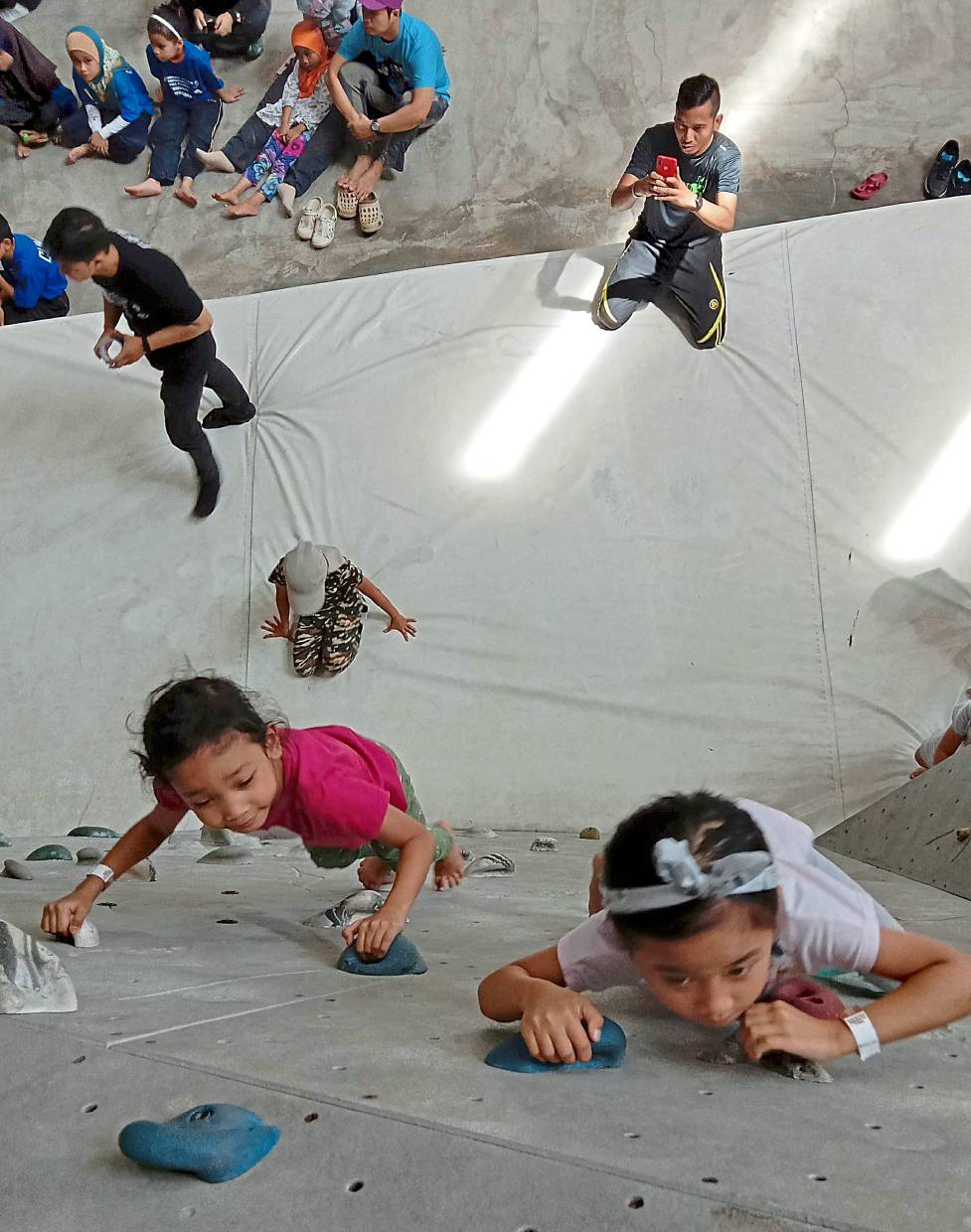 The painted stork is one of 200 bird species found at the Putrajaya Wetlands.

There are 141 running and cycling events in Putrajaya every year.

Children taking to the climbing walls at the Challenge Park.