Bornhoft (second from left) and Udell (second from right) at the signing ceremony for the development of Hyatt Regency Kuala Lumpur in KL Midtown. With them are Kuma (left) and SM Faliq.

THE new Hyatt Regency Kuala Lumpur in KL Midtown will feature a vertical forest concept where greenery will be integrated into the building, reveals its architect Kengo Kuma.

“There is a strong harmony between nature and city in Malaysia, and I would like that to be reflected in the hotel’s design.

“It will be different from that of a city centre hotel. My ideas include using panels to create shadows and having a big podium with a garden.

“In terms of adding a touch of local culture, I will incorporate local fabrics such as batik or songket into the hotel’s design elements, ” said the internationally renowned Japanese architect.

Arch Daily has described Kuma’s style as “a reinterpretation of traditional Japanese architectural elements for the 21st century that involves serious innovation in uses of natural materials, new ways of thinking about light, and lightness and architecture that enhances rather than dominates.” 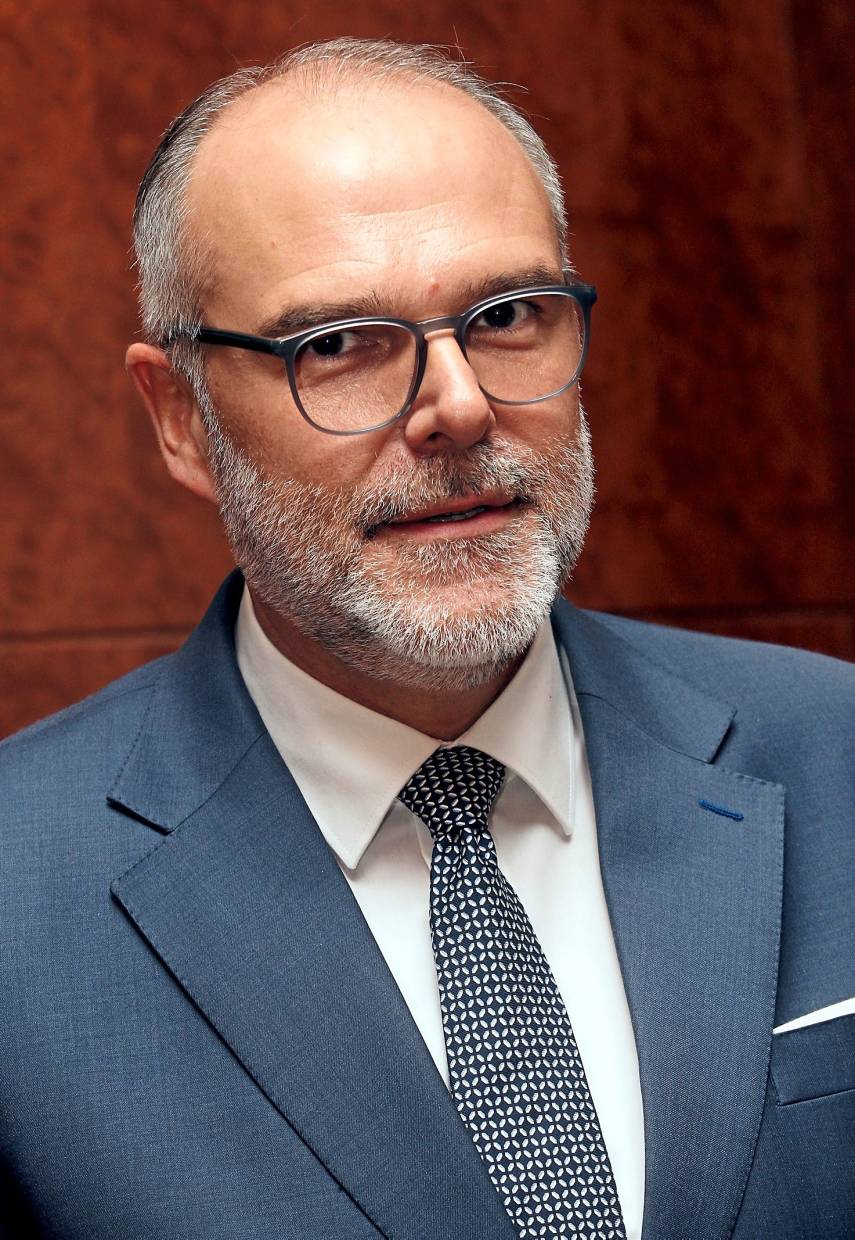 Some of the notable projects by Kengo Kuma and Associates include the new national stadium for the 2020 Tokyo Olympics and LVMH Group’s Japan headquarters in Japan, Victoria & Albert Museum Dundee in Scotland and Folk Art Museum in Hangzhou, China.

Kuma shared his insights during a signing ceremony for Hyatt Regency Kuala Lumpur, which is a strategic partnership between KL Midtown Sdn Bhd and Hyatt Hotel Management Limited.

The luxury property will be the hotel component of KL Midtown, a RM3.8bil joint development between Hap Seng Consolidated Bhd and TTDI KL Metropolis Sdn Bhd, which hold a 70-30 stake in KL Midtown Sdn Bhd respectively.

TTDI KL Metropolis is a subsidiary of Naza TTDI Sdn Bhd, the master planner for the 30.6ha KL Metropolis. It is at present anchored by Malaysia International Trade and Exhibition Centre (Mitec).

Located within KL Metropolis in the Dutamas area, KL Midtown spans 3.6ha and will include a hotel, luxury residences and retail podium.

“We chose Hyatt for this project because of our excellent past experience working together, paired with Hyatt’s established leadership reputation in the hospitality industry, ” said Bornhoft. 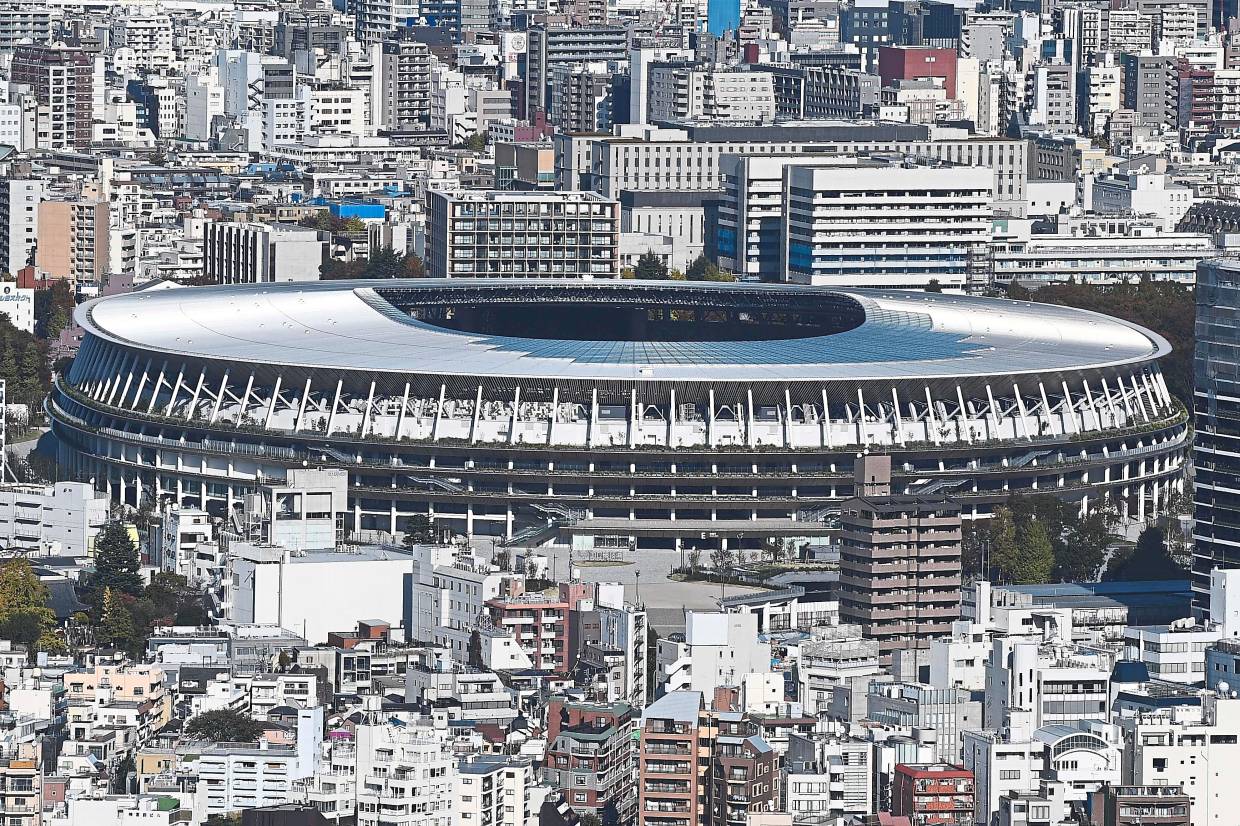 The new USD$1.4bil main venue for the 2020 Tokyo Olympic Games is pictured after being officially completed in Tokyo on Nov 30,2019. The five-story stadium, designed by Kuma, will seat 60,000 fans. — AFP

Hyatt Regency Kuala Lumpur will be a flagship hotel for Malaysia and South-East Asia, and mark the brand’s return to Kuala Lumpur, said Udell.

For leisure and business travellers, the hotel will deliver energising experiences and a stress-free environment that embody the Hyatt Regency brand ethos.

“There will also be a direct connection from the hotel to Mitec, ” added Udell.

The 450-room Hyatt Regency Kuala Lumpur is slated to be completed in 2024.

“It will have several restaurants including Japanese, Chinese and all-day dining, as well as a beautiful bar overlooking the KL Metropolis development.

“For meetings and events, the hotel will have 2,000 sq m of flexible space, including a 1,000 sq m ballroom that seats about 800 people, ” said Hap Seng Land Sdn Bhd property management director Manfred Weber.

“It will also have an outdoor swimming pool, fitness centre and Regency Club.

“While the customers are primarily Mitec guests, the hotel is also targeted at corporate groups and local residents working and staying in nearby areas such as Mont Kiara.“Since Hyatt Regency will be located next to a large shopping mall, we are hoping that the area could become another centre of attraction similar to KLCC, ” added Weber.