A CLASSIC and lively Fliegerlied dance had the crowd clapping and cheering loudly at the Universiti Sains Malaysia (USM) International Cultural Fiesta 2019.

German student Jaska Triem, 33, and his teammates hopped and swayed on stage, amusing the 2,000 guests.

“We wanted to showcase this aspect of German culture and get everyone moving with us.

“We wanted our dance to be a fun and lively one, ” he said during an interview backstage.

Triem’s team was among the 10 teams which performed different cultural acts during the fiesta themed ‘Journey Through The Cave Of Wonders’ at Dewan Tuanku Syed Putra.

During the fiesta, Malay songs were also performed by students who came from Thailand, Taiwan, Indonesia and Vietnam.

Teng Cheng Ping, 24, from Taiwan, managed to evoke waves of laughter from the audience when he forgot the lyrics to his song ‘Hang Pi Mana’, originally sung by Khalifah.

Teng, however, went on to impress the Malaysian audience when he showed off his ability to converse in Bahasa Malaysia with the emcee.

As the night continued, the audience was wowed with Aladdin-themed performances and songs such as ‘A Whole New World’.

Ardila Murzab Amran, 13, who came to watch the fiesta with her mother, said the concert was really entertaining and colourful.

“I feel so happy being able to witness so many different performances.

“I never knew that cultures had similarities as well as differences, ” she said.

Event organising chairperson R. Mugilan said they chose the theme inspired by the movie ‘Aladdin’ as they wanted students to get a feel of the different cultures after they journey through a makeshift cave at the hall entrance.

“The main motive of this event is to share a variety of cultures with the local and international students at USM.

“We hope to bridge the gap between the groups.

“This is in line with the university’s goal of achieving ‘Internationalisation at Home’, ” he said. 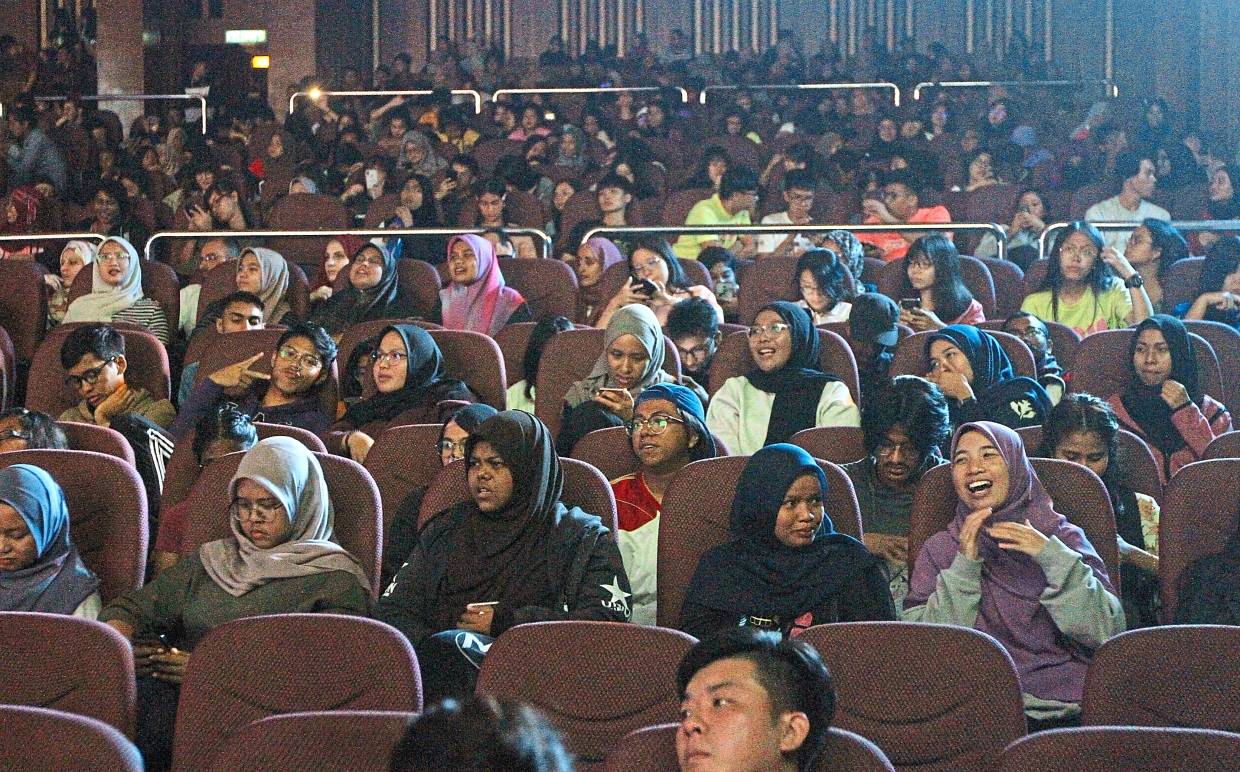 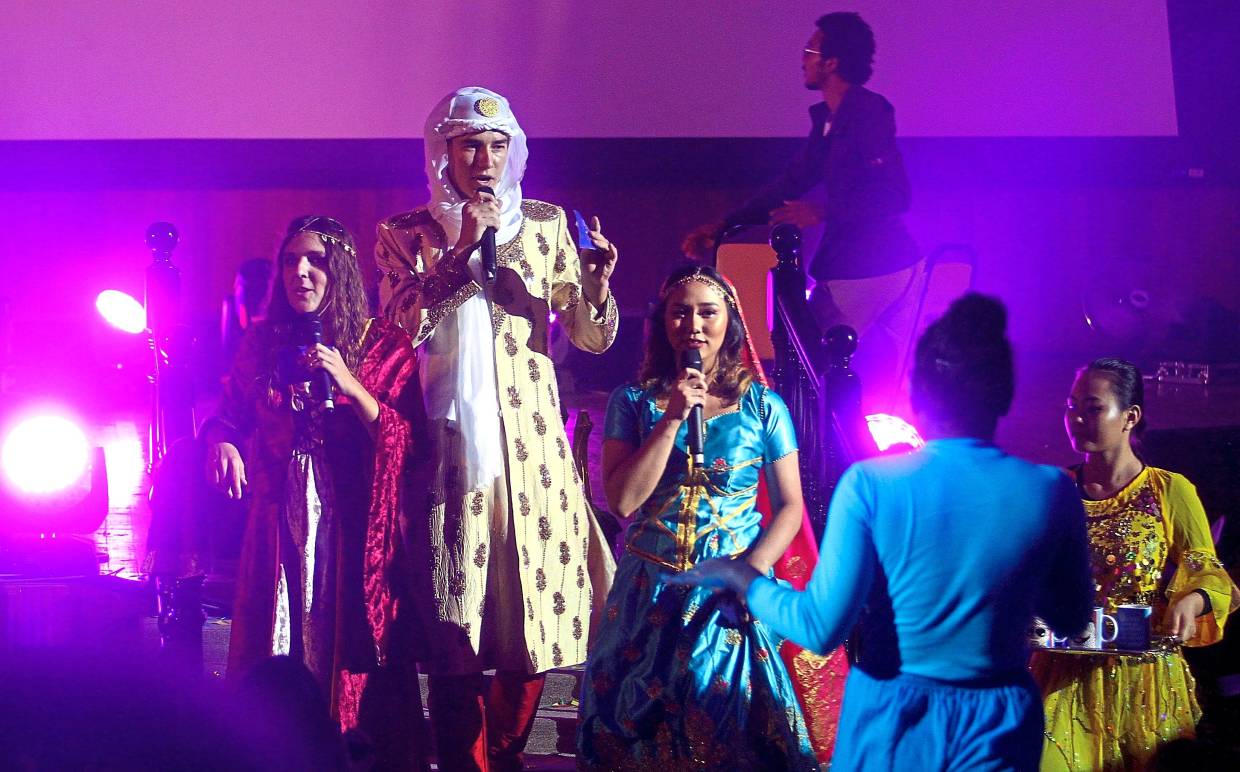 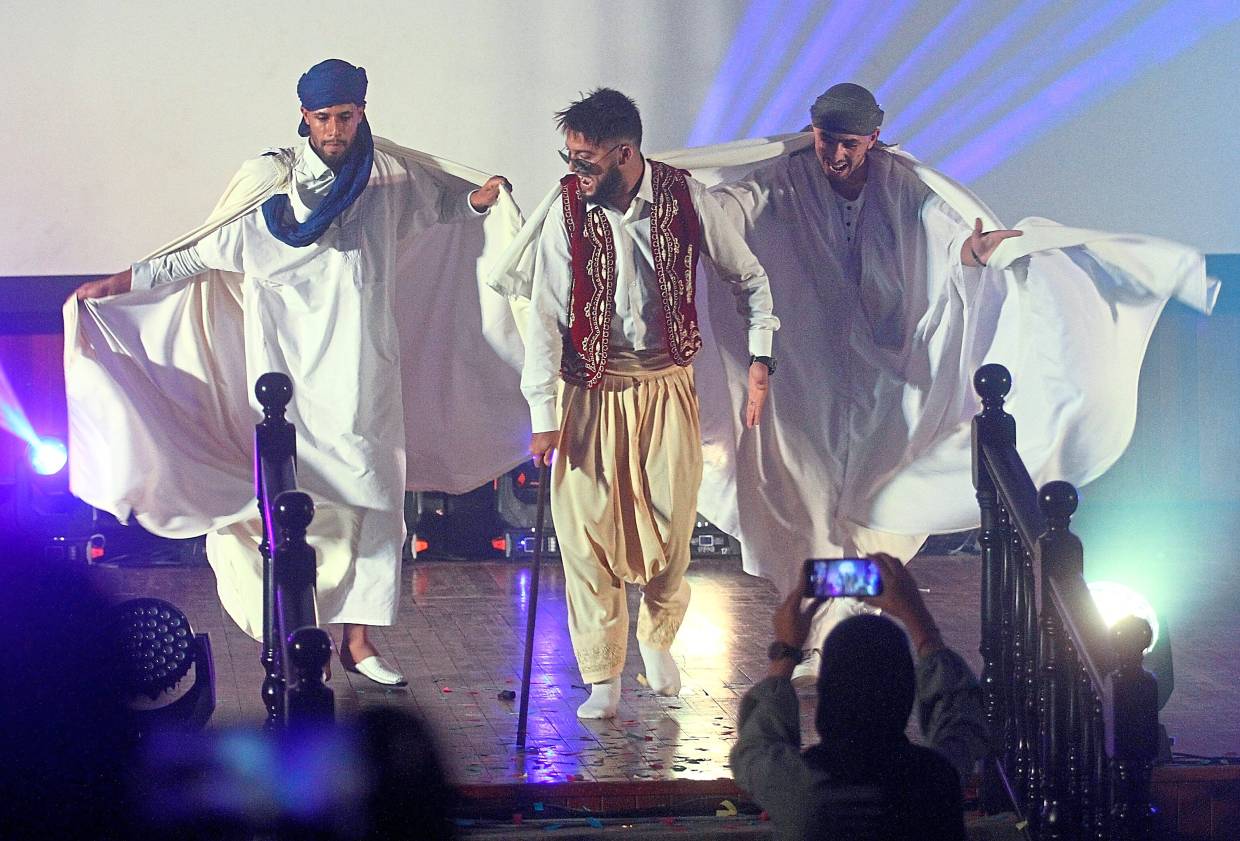 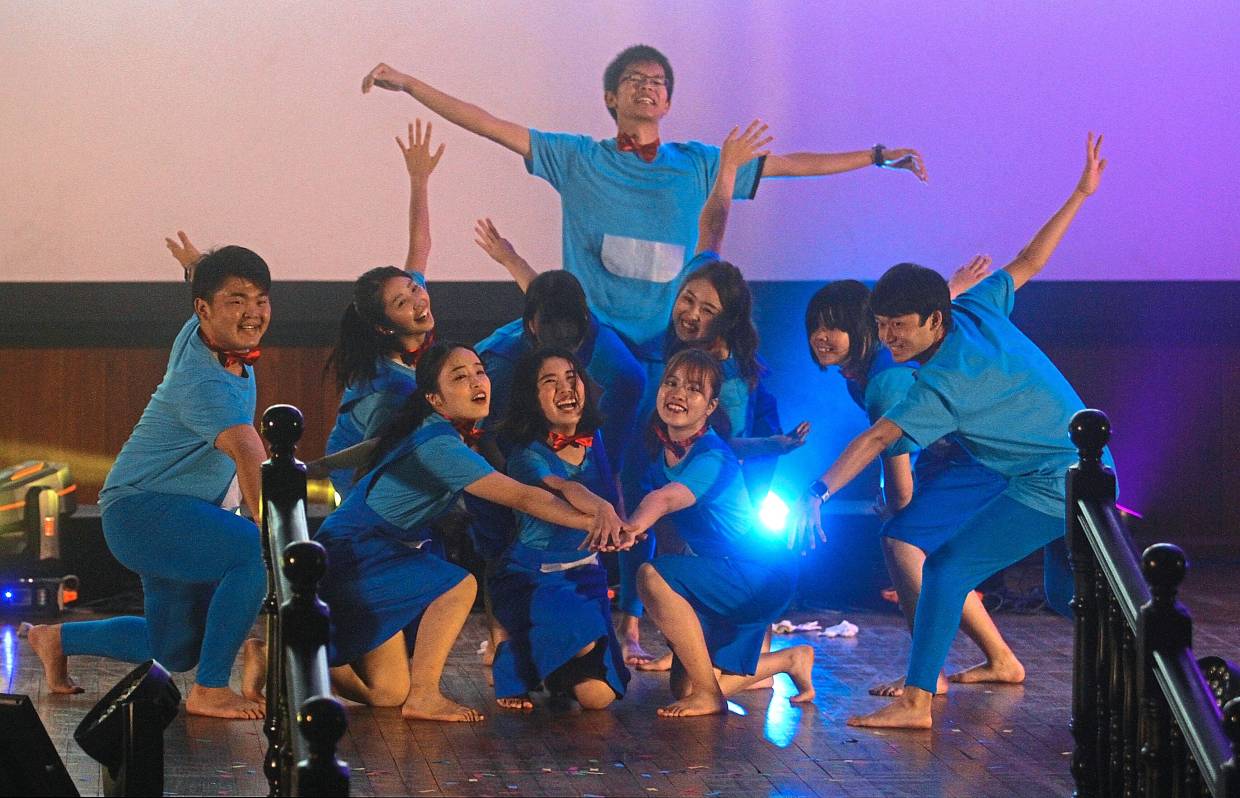 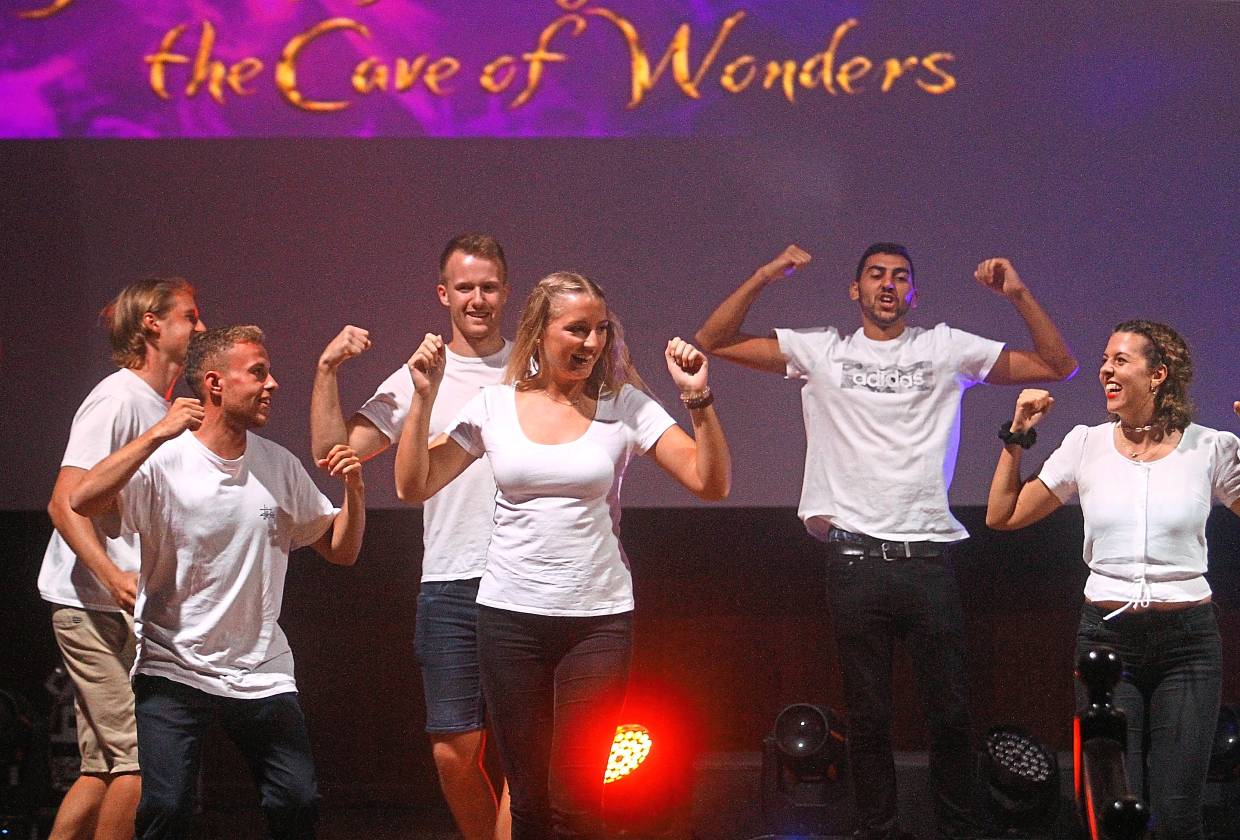 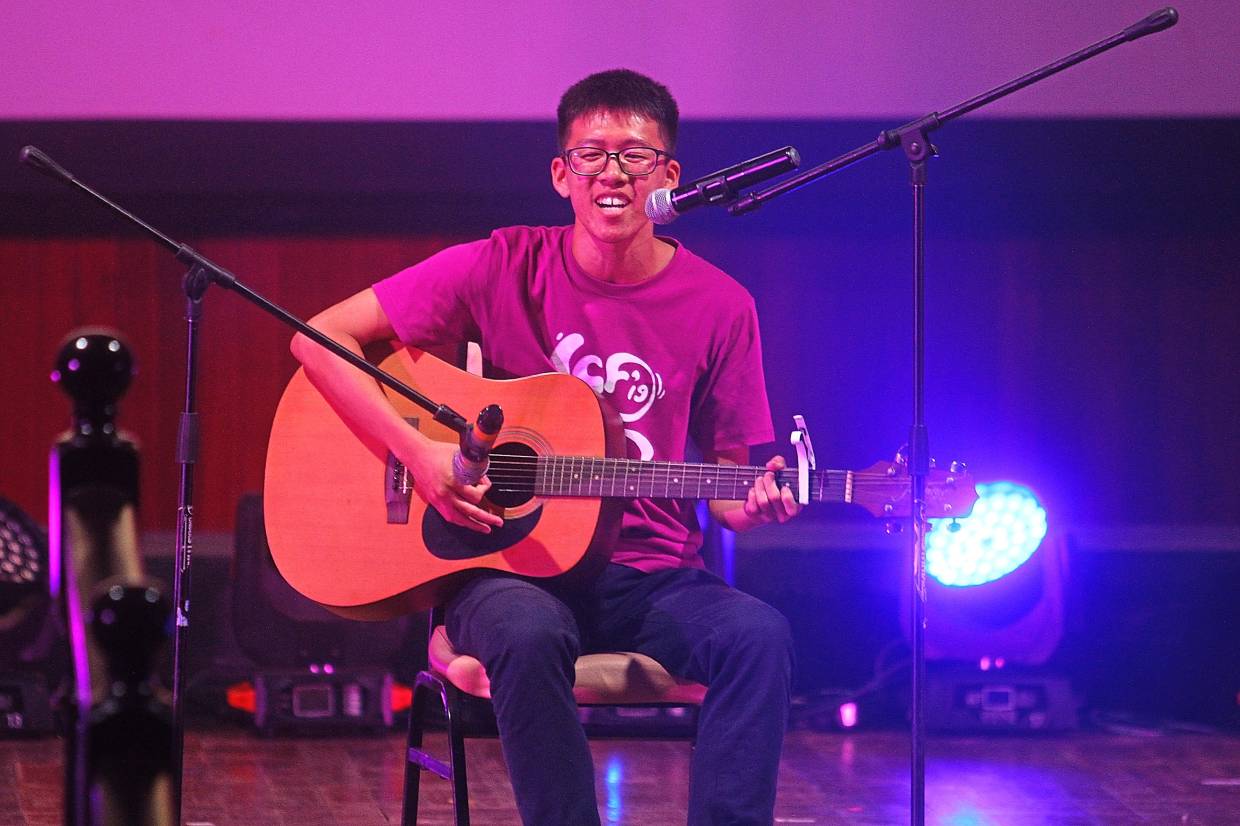 Guests enthralled by the performances.

^ Students dressed as Jasmine (in blue) and Aladdin (in beige) putting on a performance inspired by the Aladdin movie.

A team from Japan are all smiles during their Doraemon dance.

Teng from Taiwan performing ‘Hang Pi Mana’. He caused glee in the audience when he forgot the song lyrics but still managed to show off his ability to speak Malay while on stage.