Beh: Data is the new oil; those that leverage it will prosper.

WHILE next year is bound to be a challenging one, especially amid the synchronised slowdown, there are still opportunities to be had, says Socio-Economic Research Centre executive director Lee Heng Guie.

Speaking at the second SME Thought Leadership Forum this year, he said, “I think there are a lot of headwinds this year and these headwinds will likely continue into next year, but there are also opportunities.” The half-day forum, held at Menara Star in Petaling Jaya, was titled “Business Highlights for 2020.”

The seasoned economist gave his perspective on the points of inflection and opportunities to look out for in 2020, which would determine the global and local economic outlook for Malaysia’s smaller businesses.

The ongoing United States-China tension had dampened global trade and investment, which he noted would require China’s government to remain focused on immediate and medium-term measures to sustain its economy. 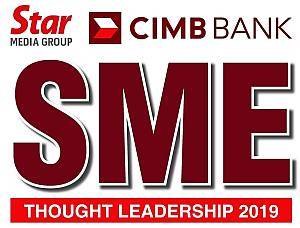 It is facing lacklustre growth, with its ability to sustain a 5.6% to 6% growth depending on the outcome of its trade war with the US, as well as its internal policy prescription to reform the economy to be more resilient and flexible.

An important point Lee raised was that the central banks globally had aggressively cut interest rates, an “aggressiveness we have not seen since the 2008 and 2009 financial crisis”, noting that the current worry was that 2020 would bring about a global recession.

In the Malaysian context, he said private consumption supported the country’s economy and in turn, determined Malaysia’s economic growth. In this, he pointed out domestic political developments and policy as other key factors as well.

Small and medium enterprises (SMEs) need to look into “low-hanging” fruits such as the services sector in light of Visit Malaysia 2020, alongside other opportunities including those in the digital economy.

“[Budget 2020] is a budget for the future, because these are the thrusts and measures to address short-term and medium-term competitiveness and prepare Malaysia for the future; a big chunk of this is about gearing up for digitisation and moving industries forward,” he added.

SMEs cannot be reluctant to change and must be proactive in accessing knowledge and information in the market by approaching the relevant trade agencies, Lee opined, adding that government loans and grants were not healthy as businesses must be sustainable. Lee also stressed on the importance of innovation and creativity. With technology helping to lower cost of production and improve process efficiency, he said, “You must be creative and innovative in the areas of product marketing as well as marketing and technology adoption. You must create the right digital platform.

FinTech Association of Malaysia partnership director and PolicyStreet co-founder Wilson Beh then elaborated on digital economy initiatives in Budget 2020, which SMEs could leverage for growth or to tap into opportunities.

Kicking off with a brief overview on the digital economy and the fourth industrial revolution (IR4.0), he went on to cover the biggest trends in digital technology, including artificial intelligence in robots, the Internet of Things, cloud computing and cybersecurity — areas that SMEs tend to neglect.

Beh pointed out that all the successful companies constantly in the public eye, which consumers use daily, had one thing in common, technology. He cited Facebook, WhatsApp, LinkedIn and Twitter as examples.

“The key takeaway from these emerging or new business models is that all of them are actually data companies. They are in different verticals, offering different services, but the core of their business is in data.

“Data is the most important element in your business, so if your business is in the process of generating, analysing and processing data, I think it will be very powerful,” he opined.

In addition, Beh shared several key steps to embracing digital innovation as an SME. He said, “You must first lay a firm foundation for digital success. Assess your current state of innovation...how open are you in adopting digital transformation? Secondly, it has to be very realistic, so you have to be clear on the future model.

“I think this is the biggest issue because it is very hard to manage and balance legacy technologies with new ones.

“Think about digital transformation in a holistic manner for the whole business. A lot of people think that digitalisation belongs to the work of a tech or IT team. How do you get your people to work together even when they are not from the IT sector?”

Beh also stressed on the importance of opening up digital initiatives to create a new ecosystem with customers, shareholders and stakeholders.

During the forum, CIMB Islamic Bank Bhd commercial and transaction banking regional head Hussam Sultan relayed key takeaways to the attendees, including the relevance of the Islamic economy and halal certification to businesses.

He explained that halal certification had no relevance to religion, but was about ethical consumerism. “It is about commerce and how much access this certification will give to certain products to certain markets.

“The commercial aspects of these products and the consumer demand have become more clearly advantageous to businesses when businesses realise that just by having a small certification, they will have access to a wider audience and a larger pool of buyers.” 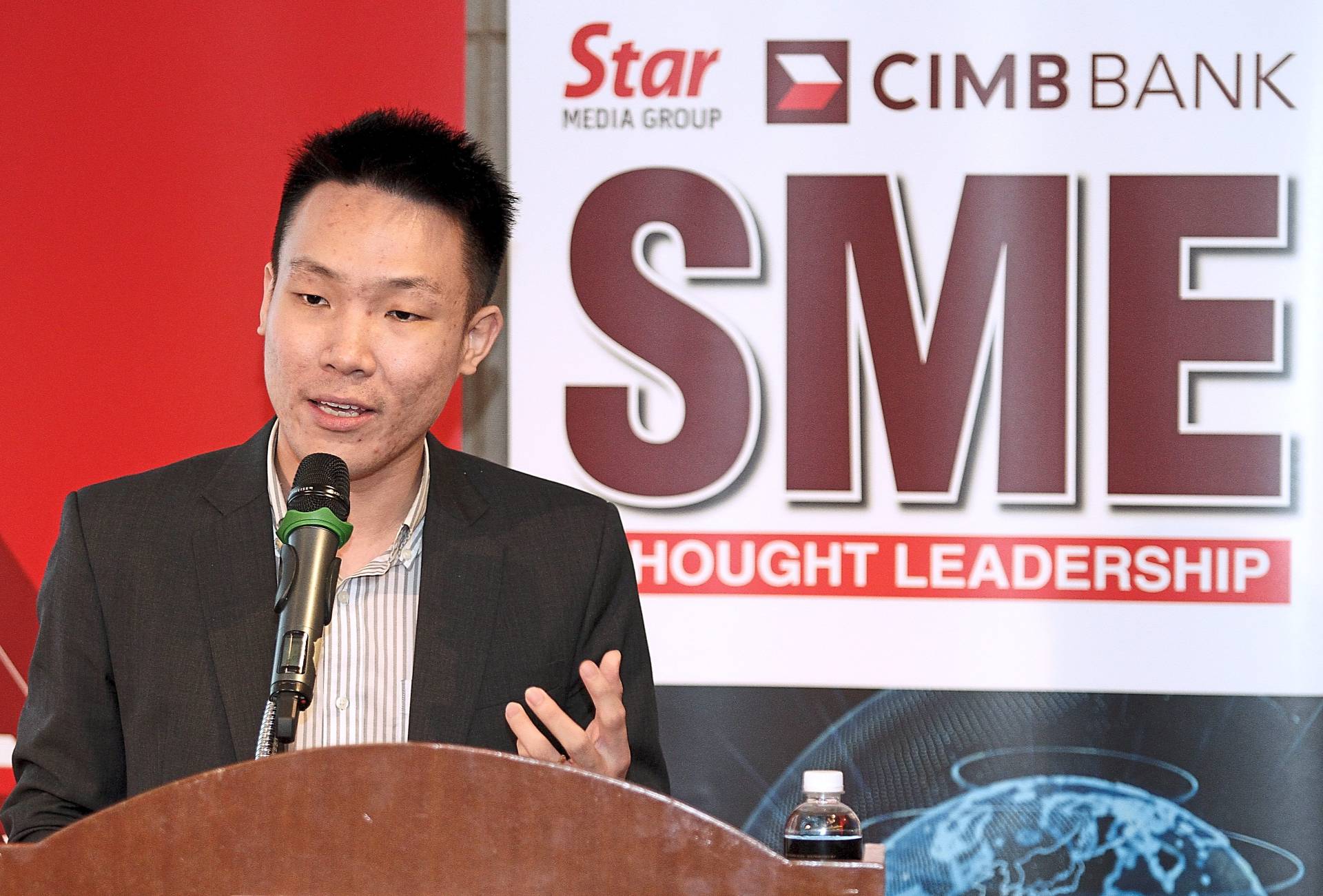 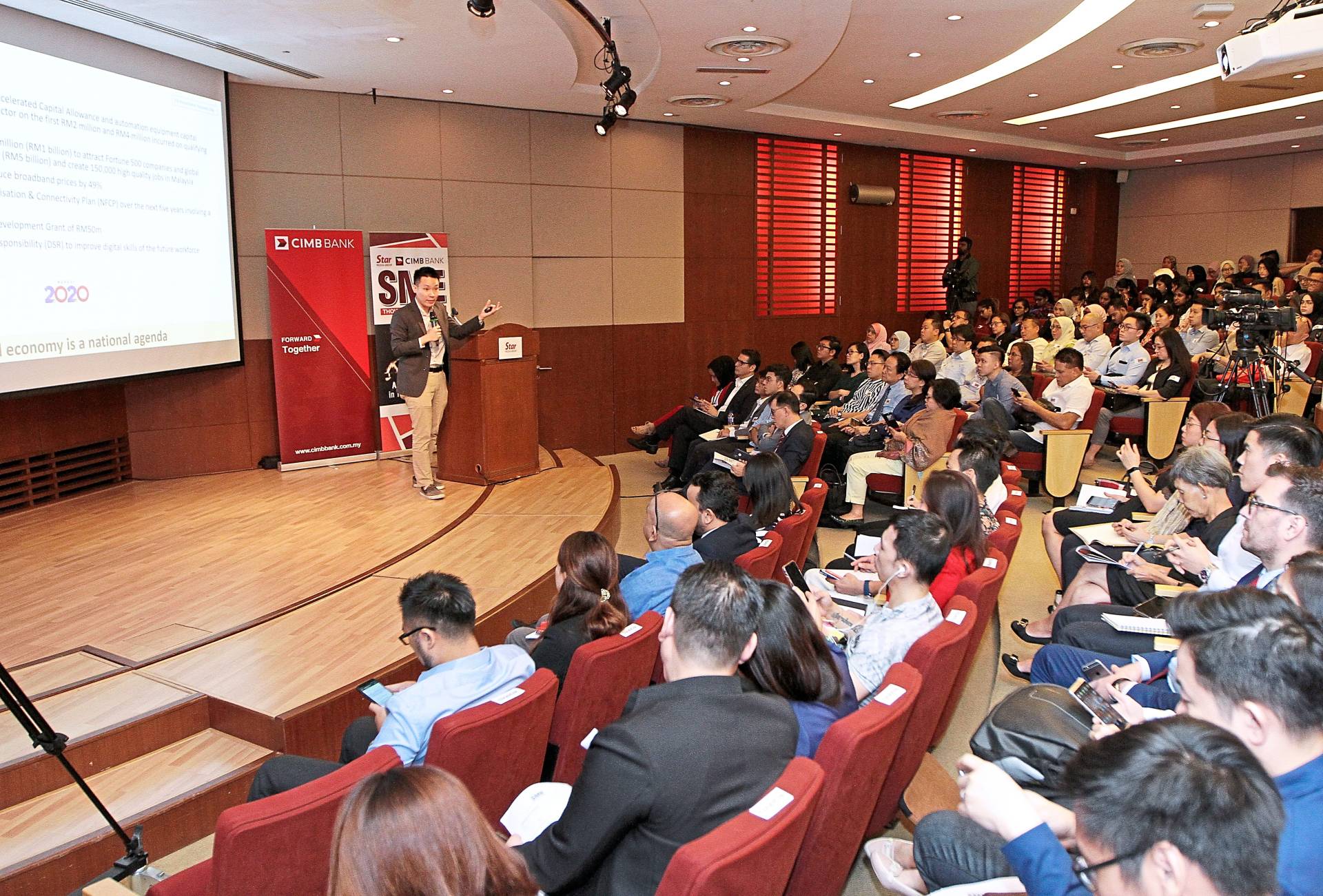 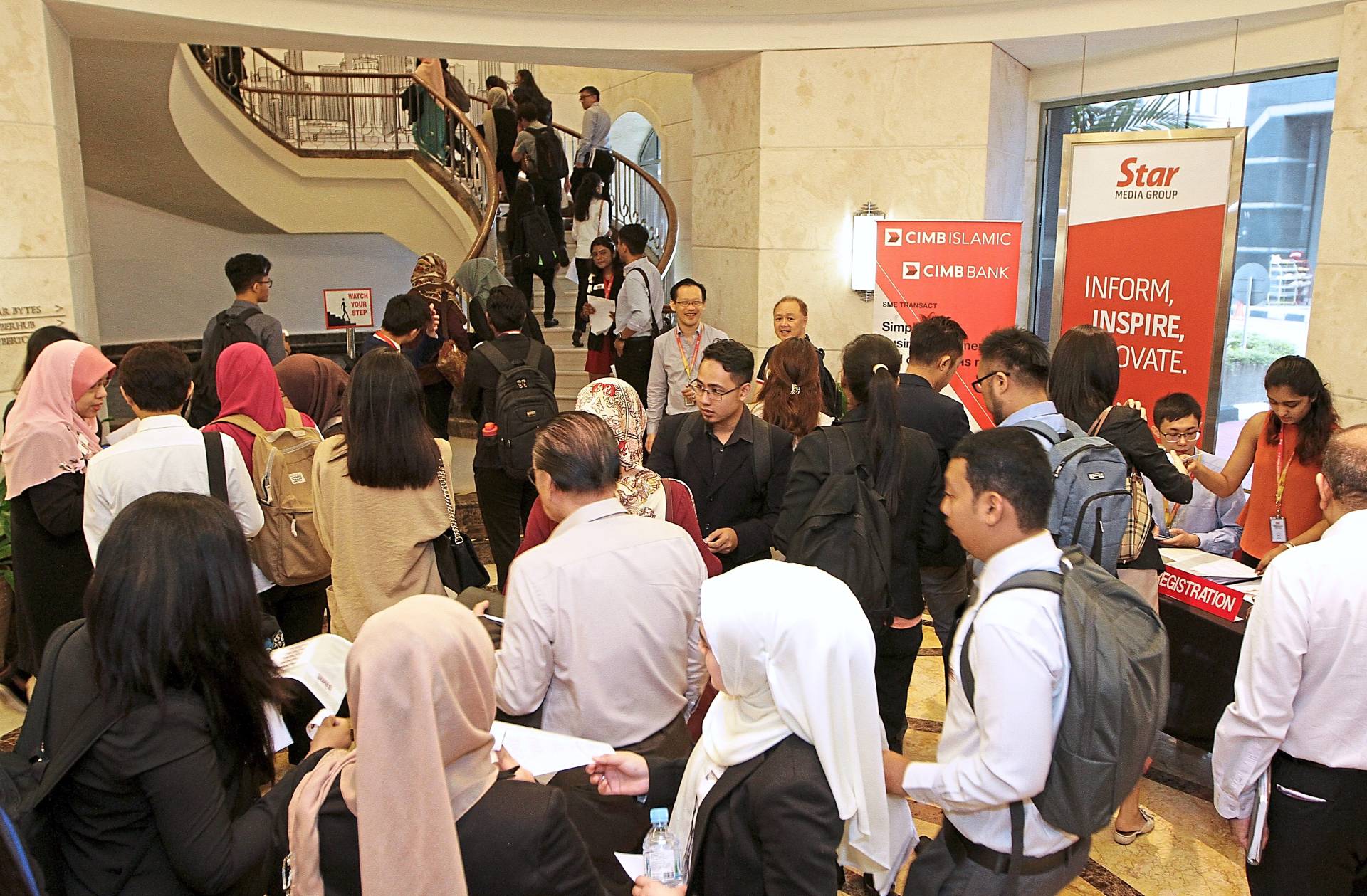 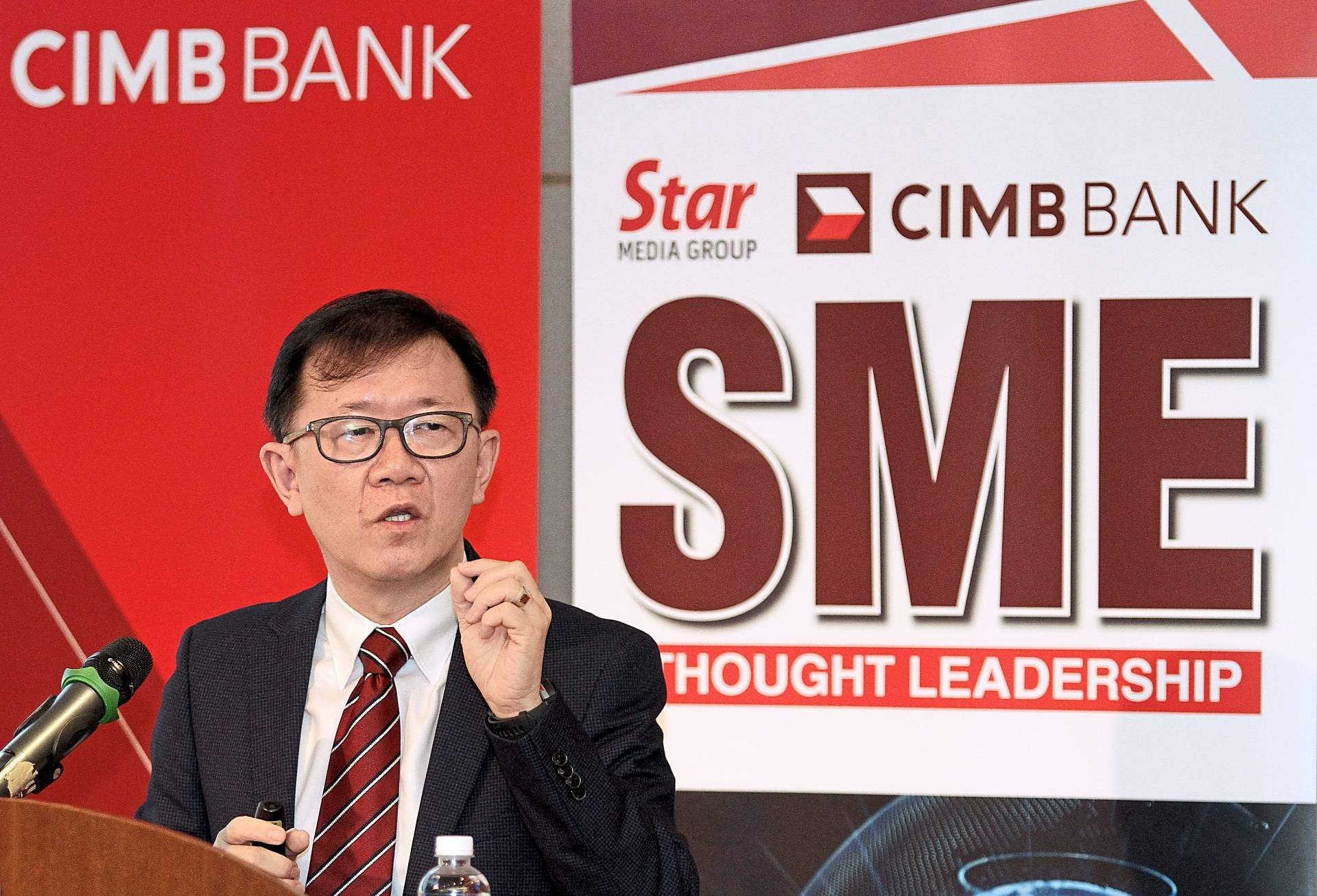 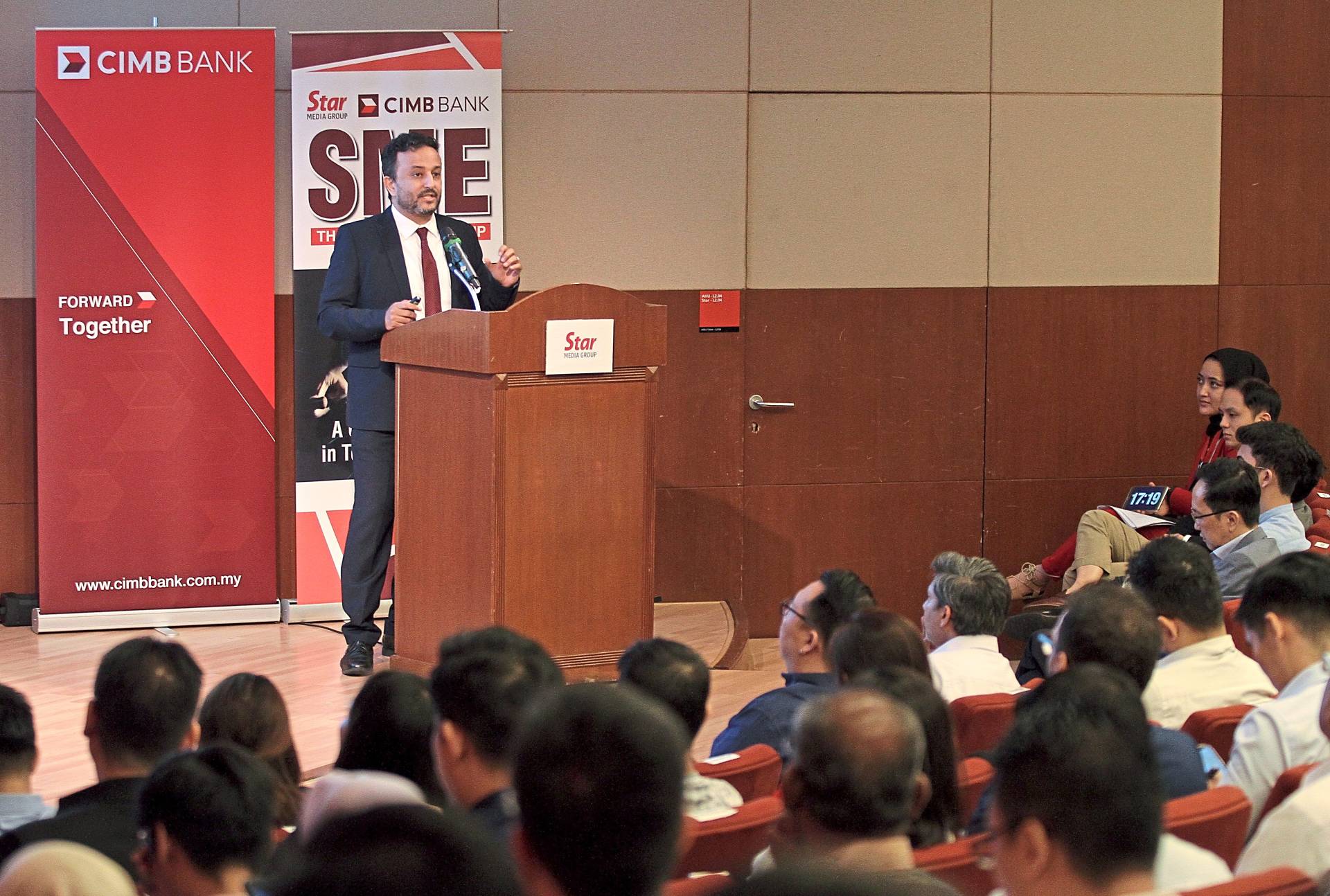 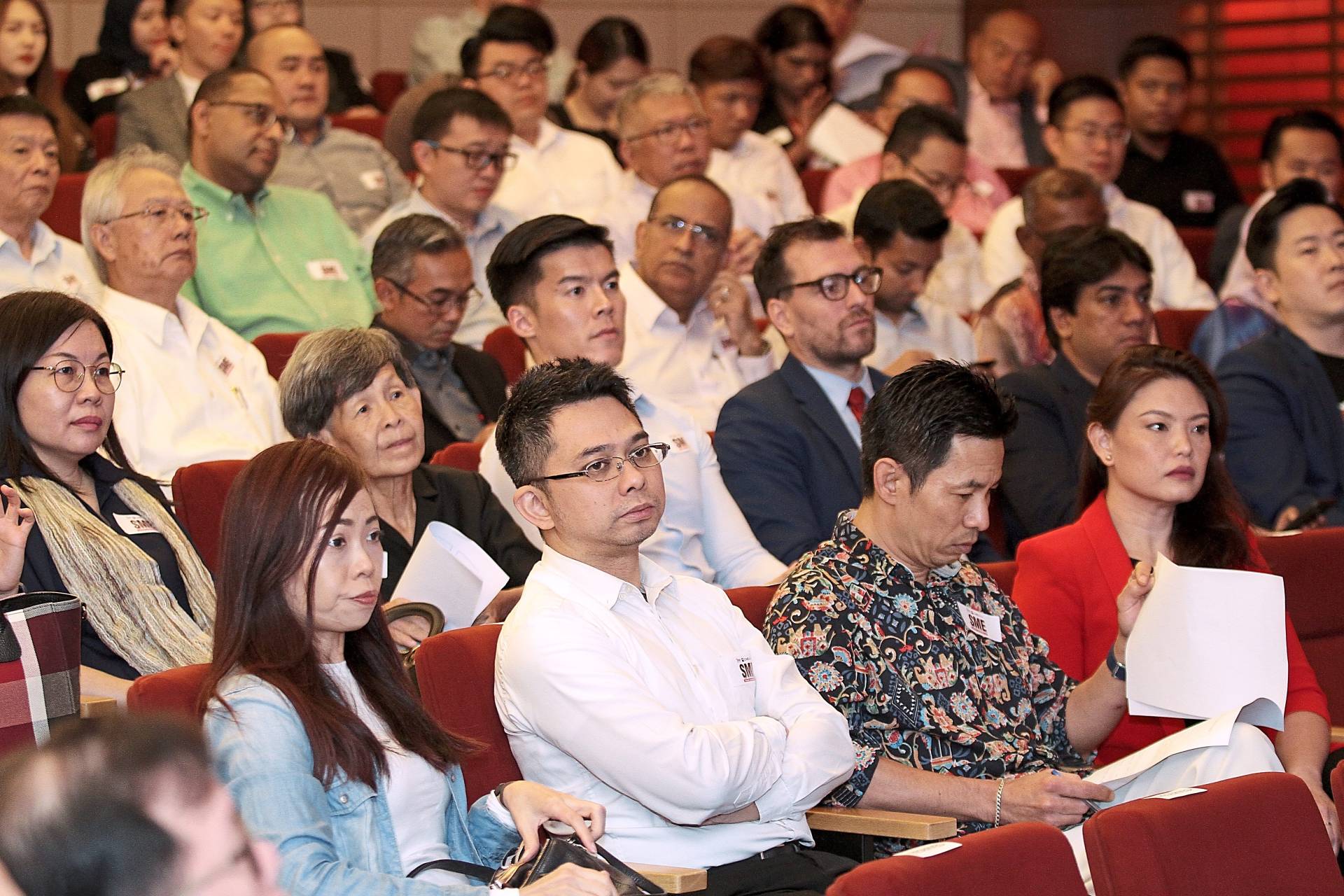 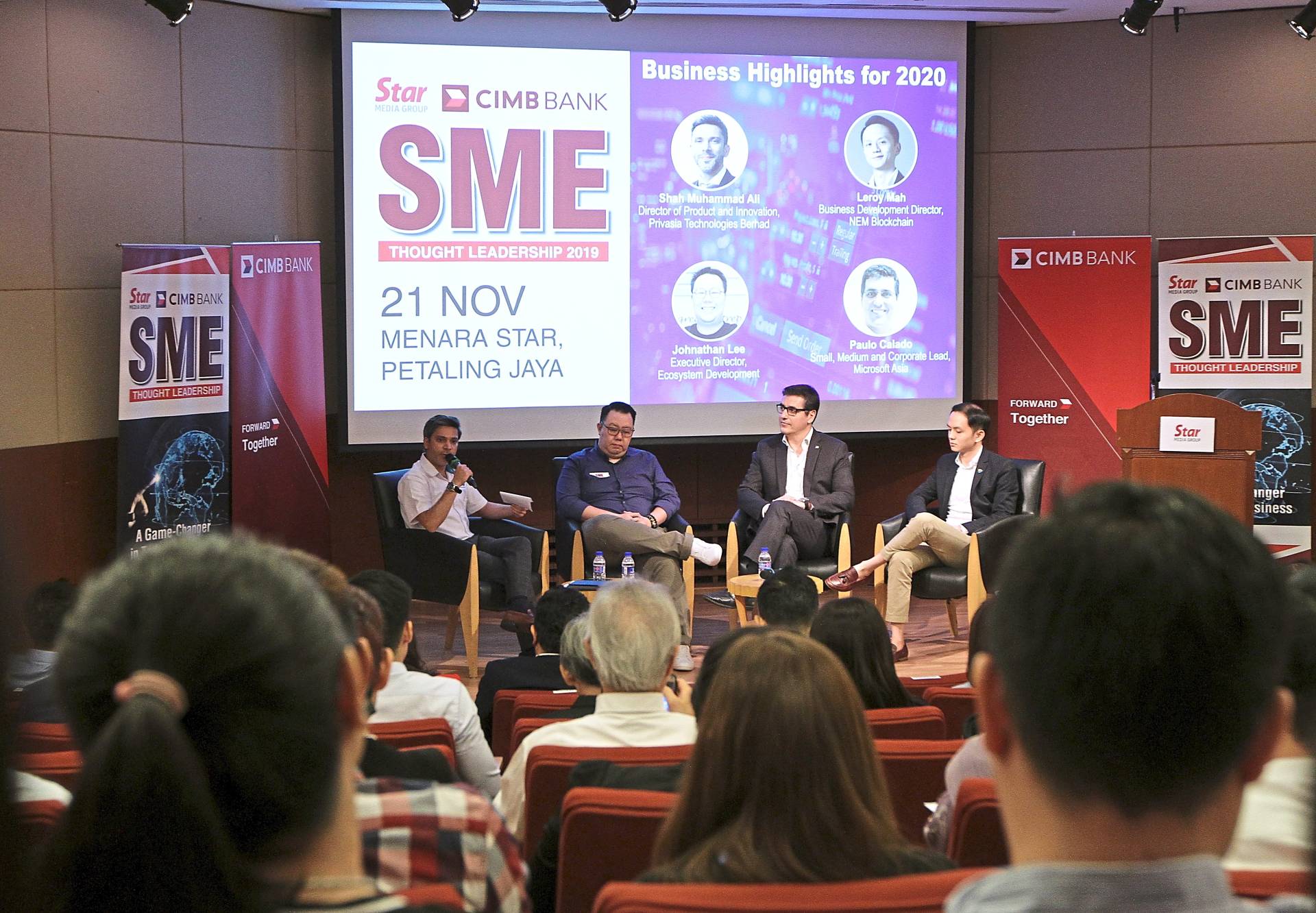 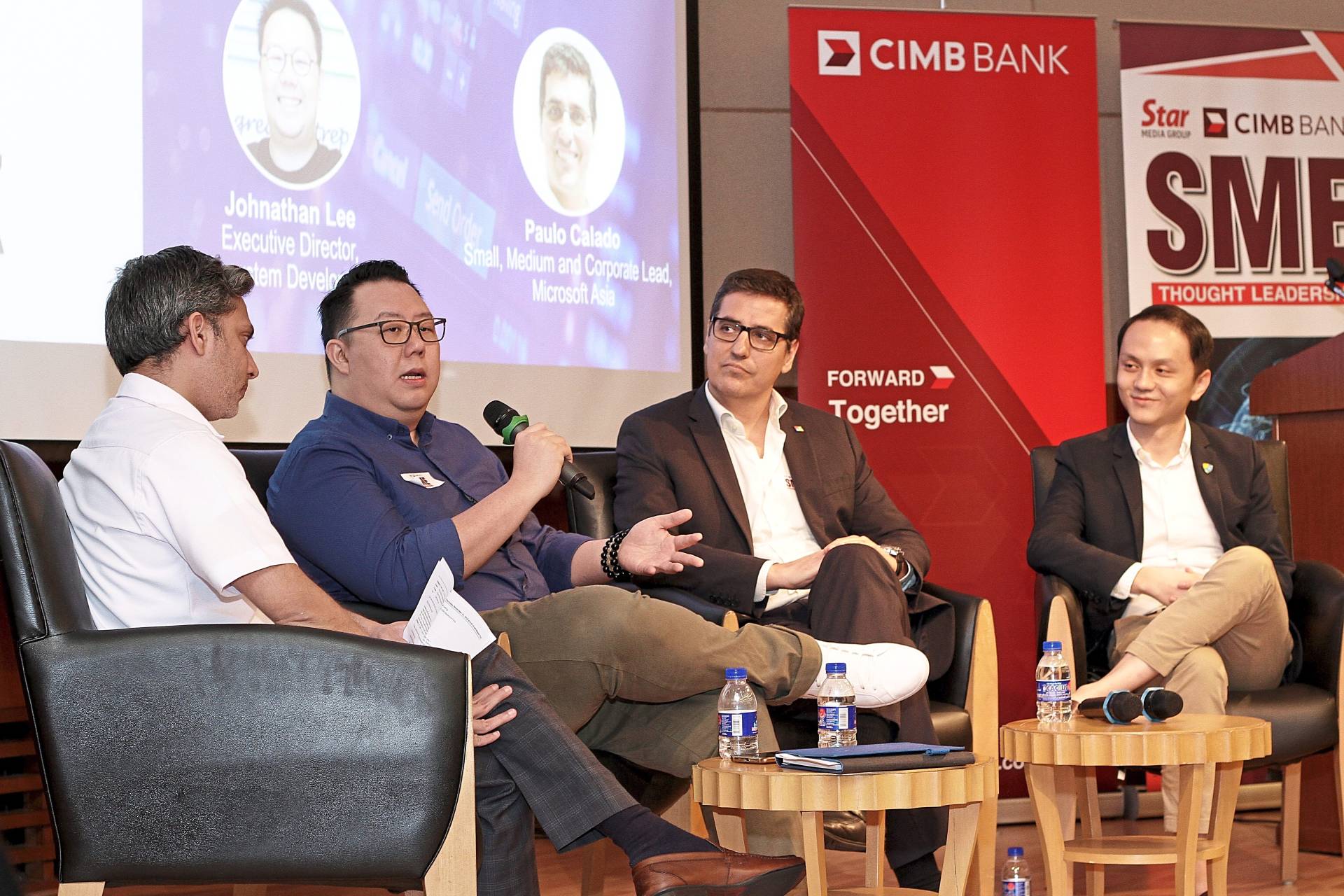 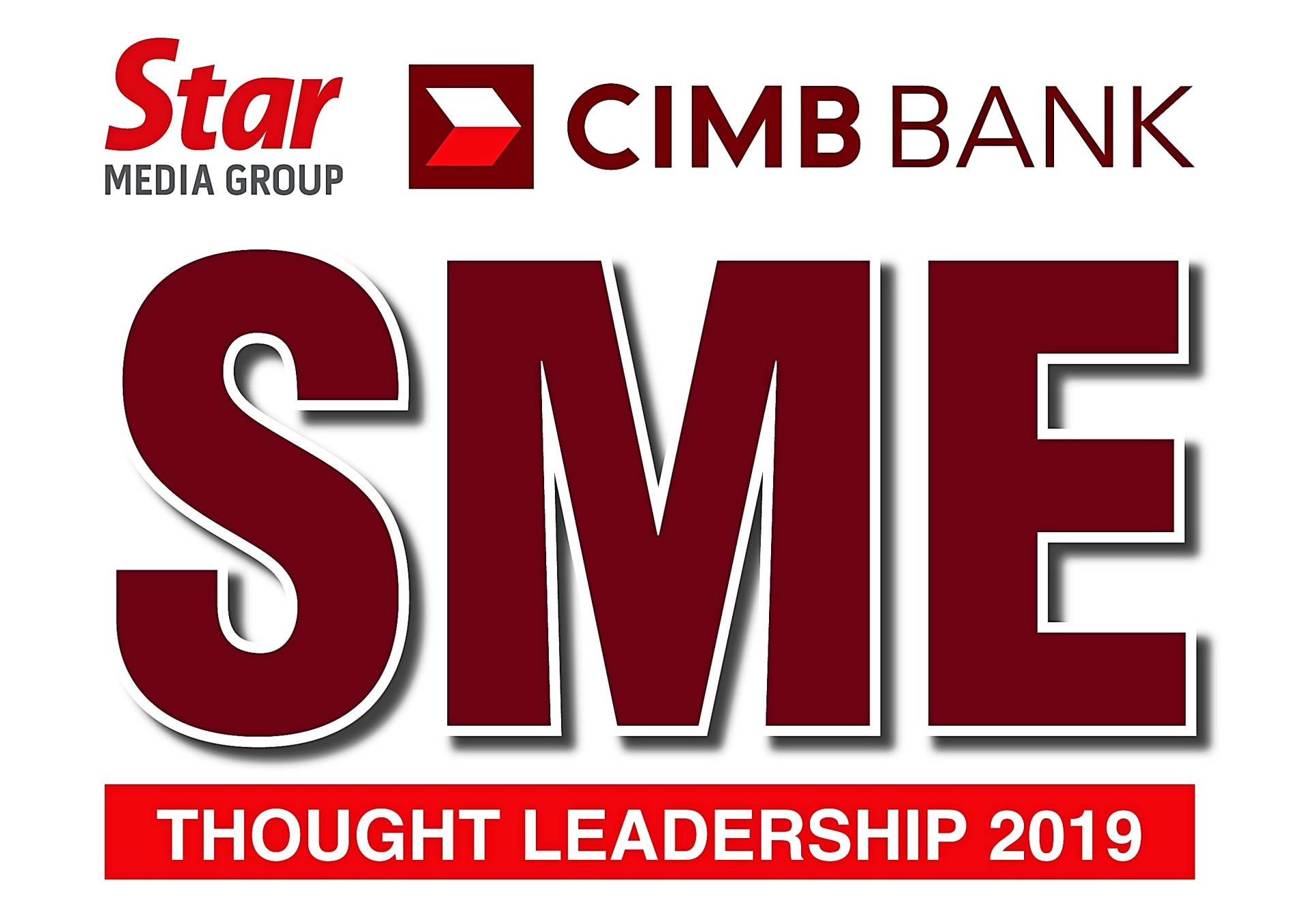 Beh: Data is the new oil; those that leverage it will prosper.

The half-day forum saw industry players and experts giving their take on the economic outlook and the initiatives under Budget 2020 to support SMEs.

Hussam: Malaysia can lead the way in Islamic finance and halal industries.

More than 150 participants came to glean insights to help chart a sustainable path for their businesses next year.

Lee: Headwinds will likely continue, but there will also be opportunities.