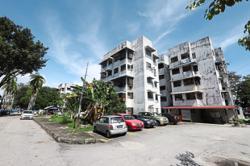 COMMUNITY-based urban regeneration organisation Think City and Kuala Lumpur City Hall (DBKL) are working together to repurpose the historical core of Kuala Lumpur into a creative and cultural district.

A portion of the funds allocated to Think City from Budget 2020 will go towards efforts to transform the city’s heritage core into the Kuala Lumpur Creative and Cultural District (KLCCD).

The Government had announced a RM10mil allocation to Think City, which its managing director Hamdan Abdul Majeed said would go towards its urban renewal endeavours.

“Over the last decade or so, we have progressively seen that the core of what is downtown Kuala Lumpur has changed. The administration, judiciary and financial markets have moved to different areas.

“As a result of that, there is a large amount of space available within the historical area of KL, ” he said, adding that the area’s boundaries were marked by Taman Tugu, Stadium Merdeka, Bukit Nanas and Muzium Negara.

By repurposing this area, Hamdan said KLCCD would create an interesting intersection of arts, design, culture and innovation.

“Great cities have historical downtowns that can be reinvented. From rivers and green areas to historical buildings, Kuala Lumpur has all the elements to make it a creative and cultural district, ” he said.

Asked to comment on KLCCD, Institute of Landscape Architects Malaysia president Associate Professor Dr Suhardi Maulan said: “The idea to turn the heritage core into a creative and cultural district should be lauded because the architectural quality of this area is already part and parcel of KL’s cultural landscape.

“By having creative and cultural activities within this core zone, it will help to conserve and preserve the cultural and heritage landscapes as well as buildings.

“With the right activities, vandalism and social issues can be controlled.

“As a key component, the landscape of these spaces should be designed properly to reflect the creativity and cultural essence of the area.”

Suhardi, who is also Universiti Putra Malaysia’s Design and Architecture Faculty dean, said Think City should work together with DBKL, landowners and the business and local communities to ensure the vision could be achieved through physical planning and suitable activities.

“Regenerating an area like downtown Kuala Lumpur to make it more vibrant will automatically upgrade the area, but the challenge is to balance the heritage aspects while giving it new life, ” said Malaysian Institute of Planners vice-president Datin Mazrina Abdul Khalid.

“You cannot make it too superficial or commercial, as you still need to give life and soul to the place.

“While tourism is needed for economic generation, there is still a need to maintain certain values, such as the elements associated with the cultures or practices of Malaysia’s multicultural people.”

She said some of the key elements to urban regeneration were maintaining heritage value, getting community feedback and ensuring stakeholders benefit from a project.

“Compared to Jonker Street in Melaka that is too commercialised, Armenian Park in Penang is an example of a good urban regeneration project as it still maintains the values of the park, ” said Mazrina.

Speaking at the launch of Placemaker Week Asean, a conference on placemaking, Deputy Housing and Local Government Minister Datuk Raja Kamarul Bahrin Shah Raja Ahmad said people were more able to identify with activities or a sense of placemaking if it related to their culture or heritage.

“We have pasar malam and pasar minggu (night markets and weekly markets) here in Malaysia, so these are the things we should build upon. They create a sense of belonging and community that bond people.”

Placemaking is the process of managing and designing or adapting public spaces to benefit a community. It promotes cultural identity, community bonding, inclusiveness and social equality and drives economic success.It was predicted that about 80% of the world’s population would be living in cities by 2030, said Raja Kamarul, so it was crucial to address the problems in urban planning from the early stages.

“The government is moving towards taking a ‘bottom up’ approach to engage the people and understand what they want.

“The Housing and Local Government Ministry also mandates that a social impact assessment be done for affordable housing projects.

“The B40 group needs to derive a sense of satisfaction of being in a place, despite whatever limited facilities there are. It can be something simple like a communal hall or mini library, but these are the things that mean a lot to them, ” he added.

Hamdan said: “Cities are always about people, and people make the cities.

“The challenge lies in how to democratise space by using placemaking as a tool towards empowering of citizens to transform the city into a place they love and want to be in.”

He said that for every ringgit that Think City had invested in (as catalyst funding), it got three ringgit back from other partners for its projects in Kuala Lumpur, Johor Baru and Penang.

He also estimated that for every ringgit invested by Think City, it created an economic impact of eight times from the cumulative effect of multiple projects. 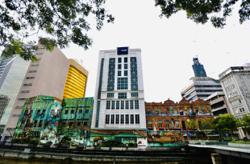