Chow (second left), flanked by Ramasamy on his left and Yew on his right, interacting with a robot after launching the Penang International Science Fair 2019 at SPICE Arena in Bayan Lepas, Penang. — MUSTAFA AHMAD/The Star

SCIENCE is fun with ice-cream, as shown by students using liquid nitrogen to make the frozen confection at the Penang International Science Fair (PISF) 2019 held at the SPICE Arena.

Under close supervision of laboratory experts to avoid injuries, they put on safety glasses and gloves before whipping up bowls of ice-cream made of milk, vanilla flavouring and sugar blended with liquid nitrogen using a wooden spoon.

It took only three minutes of hard work to produce a cone of ice-cream, since liquid nitrogen, a cryogenic liquid, is about -210°C under normal atmospheric pressure.

Thousands visited the two-day fair, taking part in 25,000 activity slots of more than 50 varieties to gain practical experience and have fun while learning through stimulating hands-on activities.

There were also virtual reality games, demonstrations on electromagnetism and microwave technology as well as solar kit assembly corners, software programming tutorials and greeting with robots.

This year, 10 secondary and six primary schools stepped in to set up their own booths to empower their students to run workshops for visitors at the fair.

Participating companies had set up booths to showcase their technologically advanced products and explain the science and technology behind them.

“Through practical experience, students will see the connection between what they learn at school and the innovations happening in the real world, ” he said.

Chow said apart from supporting the fair and providing allocations to schools to set up their MakerLabs, the state spent RM2mil yearly to enable 100,000 primary and secondary school students to learn coding to spur their interest and develop new skills. 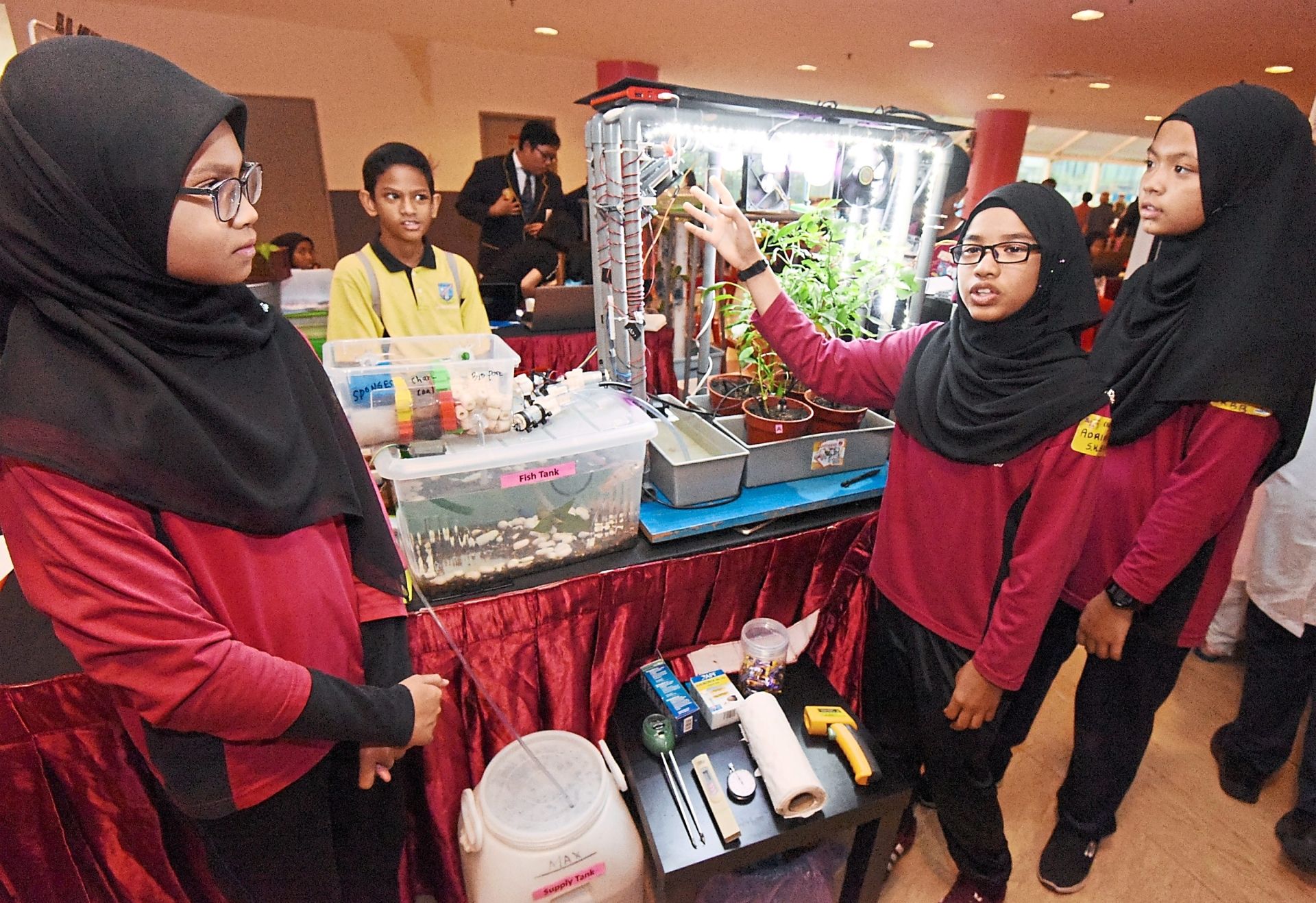 Chow (second left), flanked by Ramasamy on his left and Yew on his right, interacting with a robot after launching the Penang International Science Fair 2019 at SPICE Arena in Bayan Lepas, Penang. — MUSTAFA AHMAD/The Star

A view of the Penang International Science Fair 2019 exhibition booths at the SPICE arena in Bayan Lepas, Penang.

A pupil playing a hydraulic maze game as others cheer him on at one of the many booths.