A view of one of the rooms at the digital library while (right) is the lobby area.

THE latest Penang Digital Library is now open in Southbay Plaza in Batu Maung to bring reading and studying activities into the digital age.

Divided into three areas with a maximum capacity of 60 people, it consists of a registration area, the main library section equipped with wirelessly connected computers and a lounge area with tables and chairs.

Chief Minister Inc (CMI) deputy general manager S. Bharathi said at present, the digital library has about 4,000 e-books and it will increase to 24,000 by middle of next year.

“Once our system is hooked up to the National Library’s network, we will have access to 20,000 more e-books, ” she said at the library’s official opening last Saturday.

The library is open daily from 10am to 10pm.

Bharathi said for this year, the library is free for the public, thanks to Mah Sing Group providing the space and other sponsors supporting its operational costs as part of their corporate social responsibility initiative.

“From next year onwards, the rental will still be free but the state will bear its running cost of RM30,000 per month, ” she added.

She also said that the next digital library in Dewan Ria, Butterworth, is 85% complete and is scheduled to be launched in January.

“The place is formerly a food court and renovations are in their final stages.

“It will offer about 20,000sq ft of space, as big as the two digital libraries in Jalan Masjid Negeri on the island combined, ” she said.

Ho said: “Mah Sing is investing back into the Southbay City that we have created. Our kiosks will be utilised for the digital library, which will be extremely beneficial for the residents and local communities.

“With the opening of the digital library, we intend to inject more excitement in Southbay Plaza as we are positive that it will bring in more footfalls given that it is strategically located among schools, the free trade zone, and second Penang bridge.” 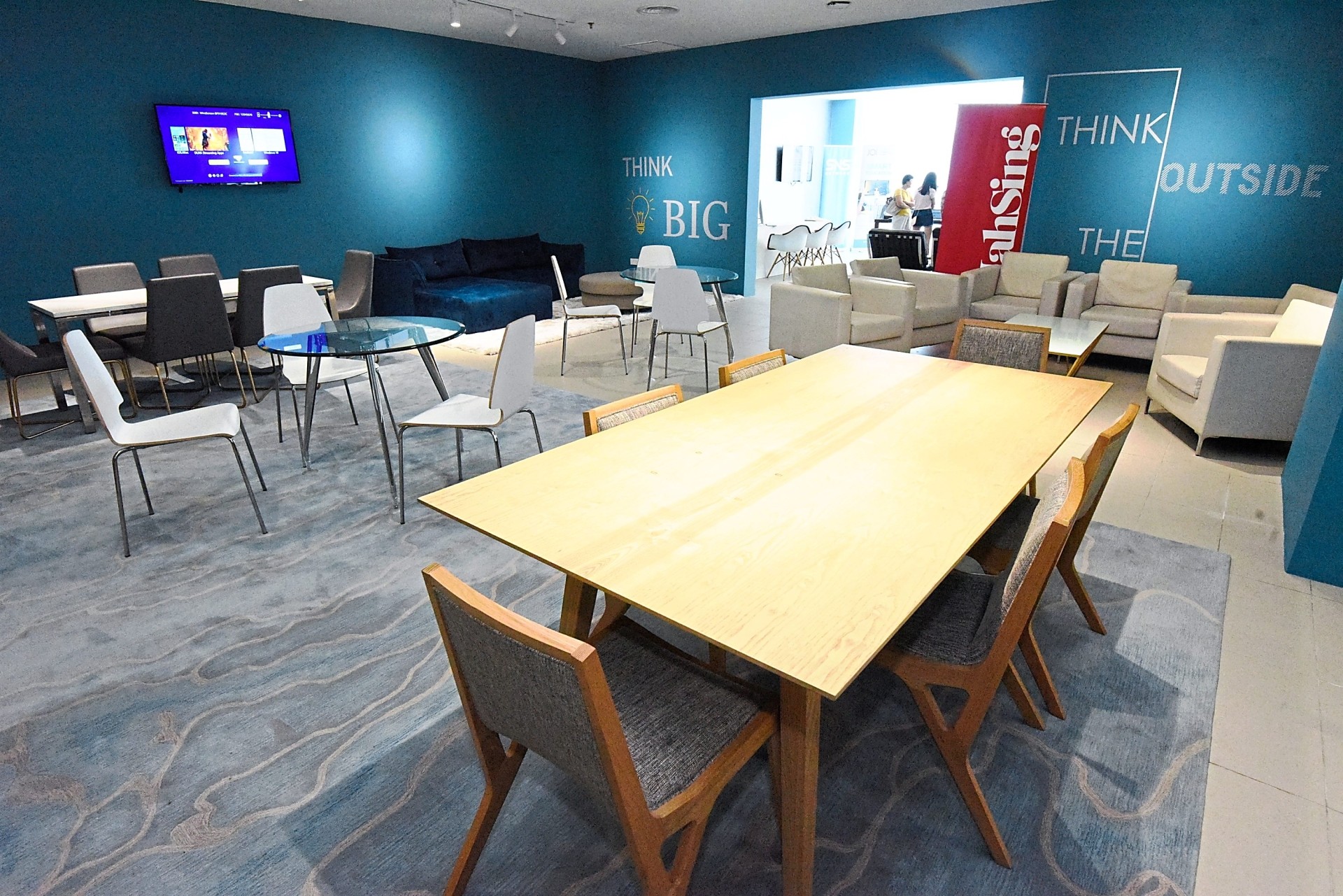 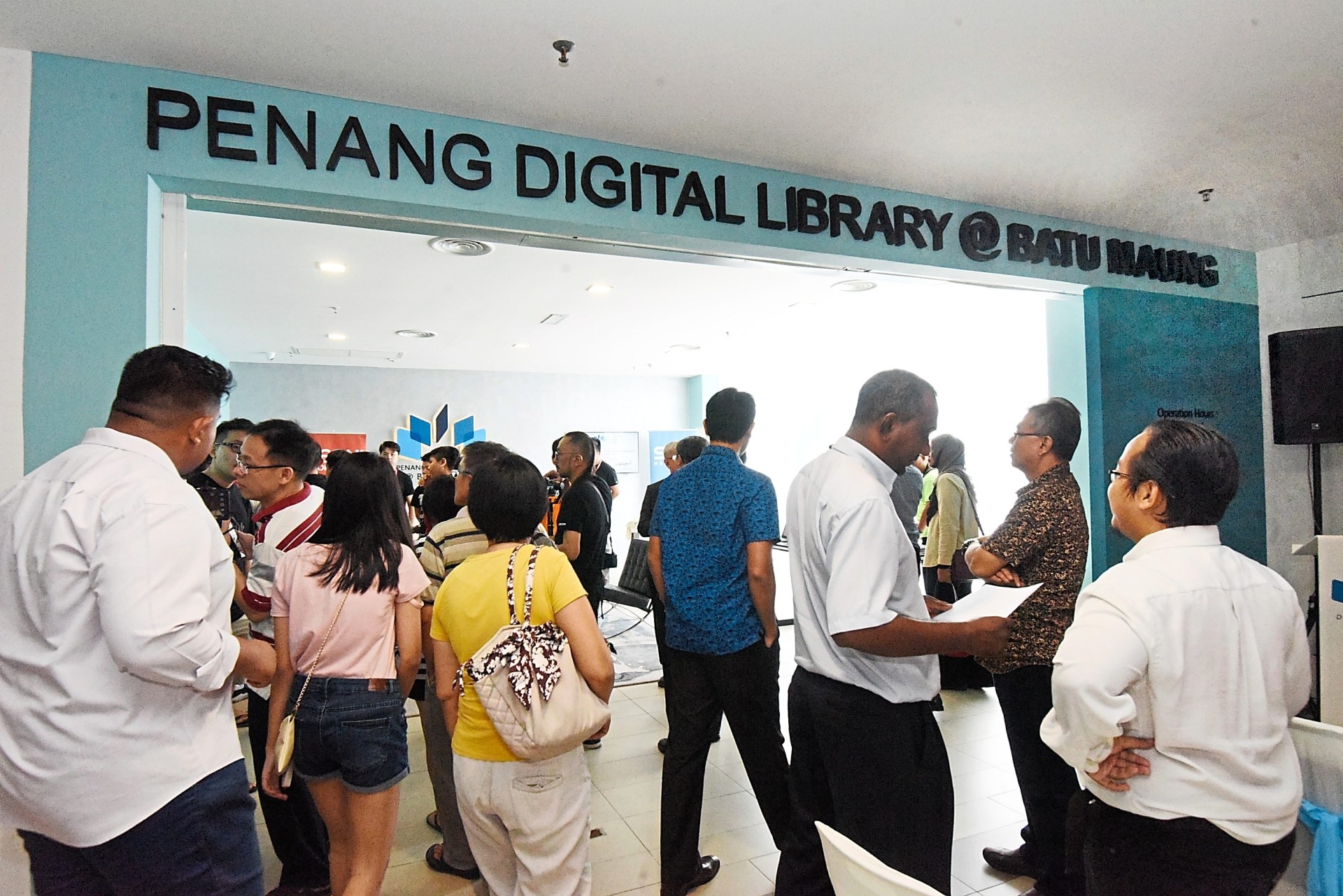 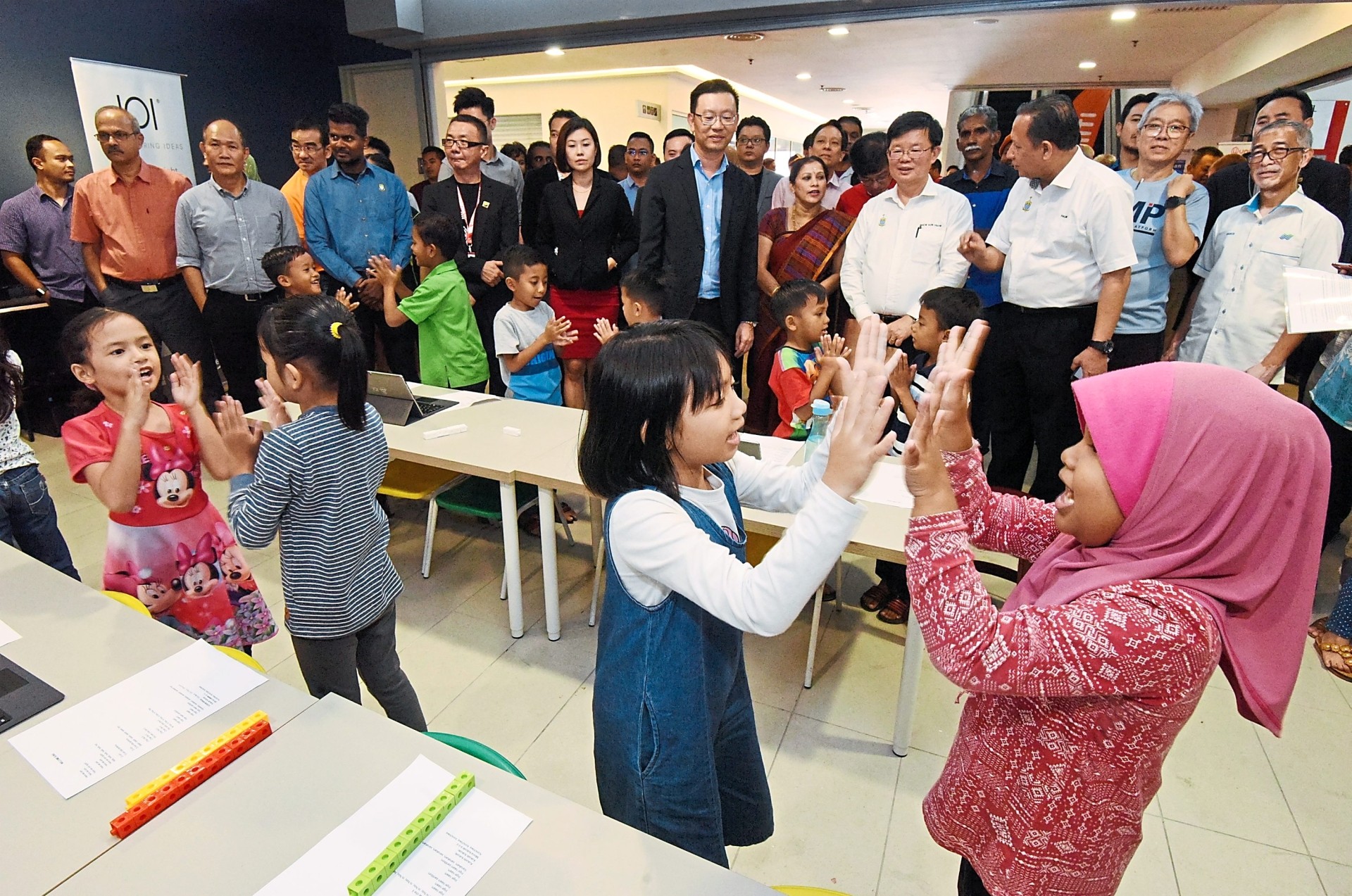 A view of one of the rooms at the digital library while (right) is the lobby area.

Visitors at the main entrance of the digital library at Southbay Plaza.

(From third right) Abdul Halim, Chow and Barathi with other guests and officials observing an activity by children at the digital library at Southbay Plaza in Batu Maung. — Photos: MUSTAFA AHMAD/The Star