Discovering the beauty of Labuan

Ask any Malaysian if Labuan is high on their list of places to visit, and they may likely say no.

It’s a shame because not only is this quaint island off the coast of Sabah serene and beautiful, it is also steeped in history and culture.

A majority of its people comprise the Kedayan ethnic group and Malays of Bruneian descent, and they live together peacefully.

If you get the chance, I urge you to consider exploring this beautiful island. From the peninsula, you can fly to Labuan Airport and if you are heading from Sabah, a boat ride from Menumbok will take 20 minutes.

Kampung Air Patau-Patau is a fishing village in Labuan with 150 houses supported by wooden stilts buried deep within the seabed.

The village has an interesting story; “patau” literally means stilts in the local dialect, and the houses are connected by an extensive network of wooden bridges.

The Malays and Kedayans settled here in the 1930s and made their living as fishermen, a tradition that is being continued until today.

“A majority of them are from the peninsula and Australia, though there are also tourists from other places.”

There are also plenty of interesting activities to look forward to.

“Visitors can fish here and have their catch cooked by the locals for a price.

“They can also rent a boat and experience first-hand how our fishermen catch fish and crabs.

Norlela charges her customers RM80 and RM65 per night for rooms with air-conditioners and fans respectively.

Another homestay owner, Ardillah Arsat, hopes a cultural centre can be built in the village soon.

“The Bruneian Malay has many traditional dances that offer great potential as a tourism product.

“A cultural centre is a good place to showcase our tradition and culture.”

The traditional food of the Kedayans is ambuyat. It is made by gently mixing sago with hot water, and it is eaten using a pair of small sticks called candas.

Ambuyat is consumed with a special sauce made by mixing bambangan, a local fruit, with belacan, salt, sugar, lime juice and some vinegar.

It can also be enjoyed with other dishes.

Ambuyat is usually served at weddings, to honour guests, and during the padi harvest season.

Some Kedayans still practise the merukun — where their men sing and dance, while the women play the drums and gong.

Hasnah Sambas, 77, of Kampung Tanjung Aru runs a local performance group and is active in promoting the performing arts.

“It is important that this tradition is passed down to the next generation so that it is not lost to time.

“We also receive regular invitations to perform In Sabah and Sarawak.”

There are however some taboos related to merukun — it cannot be performed on Friday nights, during Ramadan, or on the nights of Israk and Mikraj (night journey and ascension of Prophet Muhammad) and Nisfu Syaaban (15th day before the start of Ramadan).

Merukun can only be held after the daily night prayer (Isyak) and must end before the dawn prayer (Subuh).

The Chimney Museum in Tanjung Kubong provides great insight into Labuan’s history.This 32.5m structure was built at the height of the coal mining activity in Labuan in 1900 under the administration of the British North Borneo Chartered Company.

The name suggests that it was used as a smoke chimney but no traces of soot were detected inside the structure.

Some locals claim that back in the day it was built to provide ventilation to mining workers in the underground tunnel, but excavation works have also found no such tunnel.

Other locals claim it was a watchtower built to observe the arrival of ships.

To this day, its use was never established, making it somewhat of a mystery.

Feel free to take your pick.

According to the locals, the word kubong refers to flying lemurs which were found here.

Yet undisturbed by excessive development, Labuan beaches offer an idyllic escape from the hectic lifestyle of city folk.

One such place is the Batu Manikar beach.

The rhythmic sounds of seawater splashing against the rocks, coupled with the cool breeze, are all you need to calm your mind.

Stretching over nine kilometres, Batu Manikar is an ideal spot to relax and take part in recreational activities.

Couples looking for a honeymoon spot will find this beach an ideal place to catch the sunset.

Keep in mind that Labuan runs out of daylight faster, so it is advisable to plan ahead.

If you are feeling adventurous, hop on the perahu larai and sail to your heart’s content.

This recreational boating service normally operates from 8am to 6.30pm and costs RM15 per person.

The Labuan Bird Park is not just a zoo for birds, it also serves as a conservancy and research centre for endangered bird species.

“We breed some of the birds before releasing them back into the wilderness.

“On average, we manage to breed 30 birds annually.”

It was also reported in StarMetro last month (“Bird park rebranded as new tourism spot”) that this 6.1ha bird park would receive 230 new birds from the Federal Territories Ministry.

Between April and July, some migratory birds will fly and build their nest here.

Visitors will have an opportunity to feed them at the 1km bird trail here. 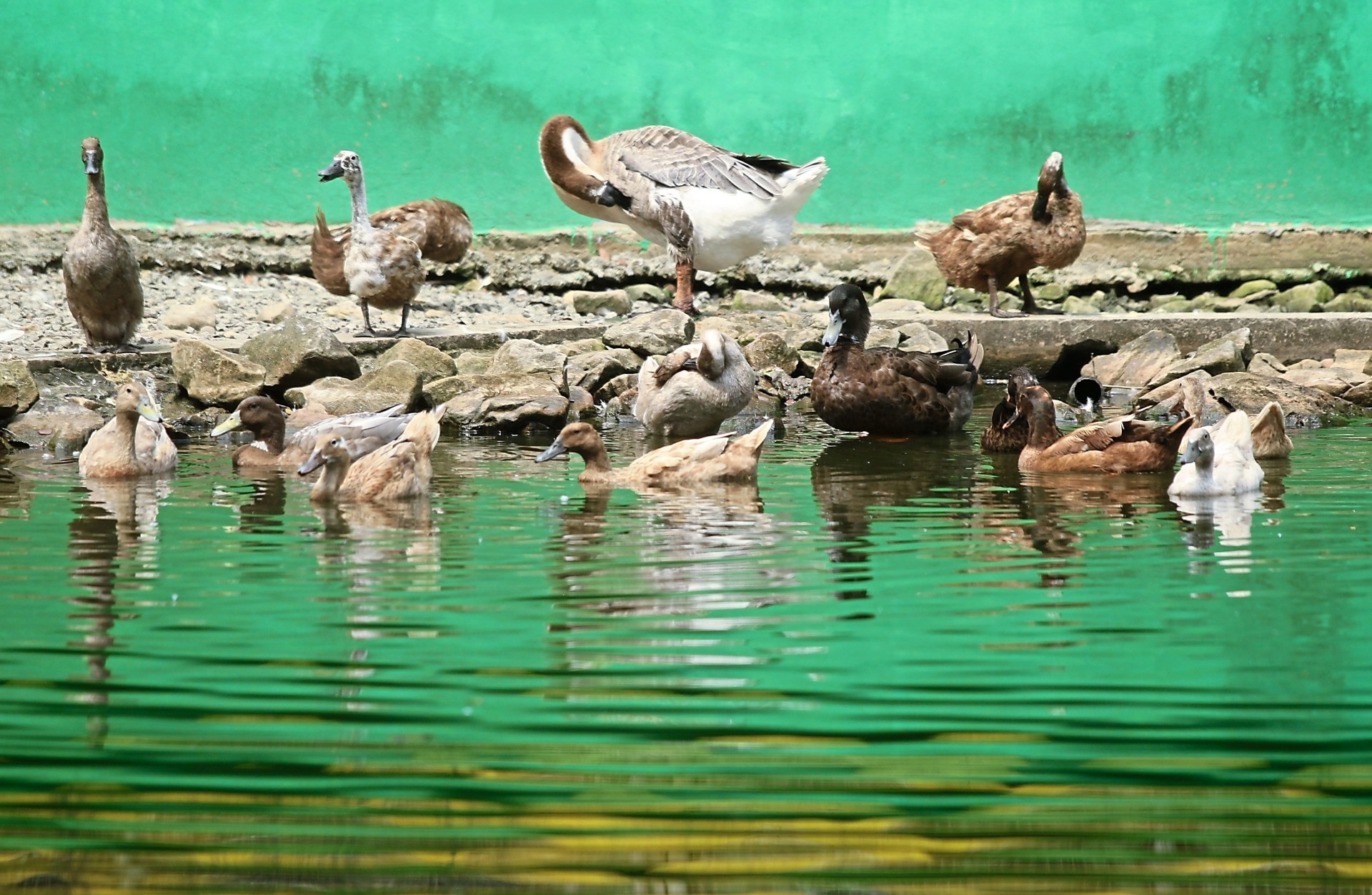 Ardillah hopes a cultural centre will be built in Kampung Air Patau-Patau soon.

Kampung Air Patau-Patau in Labuan offers a beautiful view of the sea while allowing tourists to experience the lifestyle of the locals.

Ambuyat is a traditional delicacy of the Kedayans and is eaten using two small sticks called ‘candas’.

Villagers of Kampung Tanjung Aru in Labuan still practise the ‘merukun’ dance at weddings and during padi harvest season.

Visitors to the bird park admiring the colourful chicks bred there.