Caring for pets with better diet 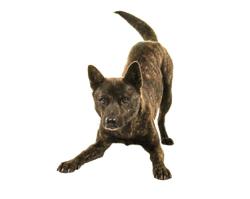 Seen here with his dogs, Tan says proceeds from the dog food sales will go towards canine welfare projects at the charity-driven event in Bandar Utama tomorrow.

NOTICING that his dog Kelly had serious skin issues, technopreneur Louis Tan knew the only solution was to change her diet.

He then spent thousands of ringgit buying hypoallergenic foods but Kelly’s condition did not improve at all.

“We opted for foods from overseas and paid as much as RM150 per kg, and that’s when I discovered that even imported foods had very low standards, used low quality proteins, excessive preservatives, colouring, chemicals and fillers, ” he said.

Tan, who is the chief innovation officer at Omesti Bhd, the company which built the eCourts System for Malaysia, then decided to formulate his own brand of dog food.

With research and numerous trials and error, Tan finally came up with a variant of dog food which he says helps solve many canine-related health problems.

“The quality of our food is unmatched, it is human grade made from fresh meat and produce sourced from local markets, and then gently air-dried for 24 hours, ’’ he explained.

Innovation being his core nature, Tan has packaged and branded his pet food calling it PledgeCare.

He has also decided that profits derived from PledgeCare will go towards animal-welfare initiatives in Malaysia as well as to further improve his product.

Seen here with his dogs, Tan says proceeds from the dog food sales will go towards canine welfare projects at the charity-driven event in Bandar Utama tomorrow.

“We intend to use our profits to either supercharge our products or to supercharge animal welfare, ” said Tan, who lived in the United States for seven years and worked for a startup before returning home in 2012 and launching a few more startups.

Tan will be launching his product tomorrow at a big-scale charity-driven event at Central Park, Bandar Utama, from 11am to 6pm.

Dubbed “Raise the Woof at Central Bark with MDDB”, Tan’s inaugural fundraiser is dedicated to canine welfare project Malaysian Dogs Deserve Better (MDDB) from where he had adopted a dog several years ago.

“I was first introduced to MDDB when I came back from the US and adopted a dog from them.

“They interviewed me and did a site visit at my home to see whether we were genuine adopters, and I was immediately impressed as it was a similar experience when I adopted a dog in the US.”

It was then that Tan decided he wanted to set up a social enterprise to help organisations like MDDB and he finally realised the plan with PledgeCare.

The event at Central Park tomorrow promises many fun-filled activities for adults and children with booths offering various products and services for both humans and their pets.

Games and competitions will also be held for children as well as pets in the day-long events.

“All of the proceeds will be channelled to MDDB to meet their operating costs as well as the expenses of moving into their new sanctuary in Rawang, ’’ said Louis. 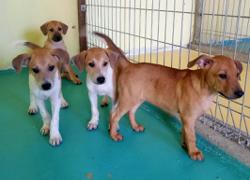