The connecting highway between China and Russia which was recently joined at Heihe, Heilongjiang, China.

PEOPLE say travelling expands one’s horizons. When we visit different countries and experience their unique cultures, we gain insight on how to improve ourselves and the place we live in.

During my trip to Harbin, China, I learned how entrepreneurship is cultivated in university, how technologies change lives, how a city is being planned, why cultural heritage should be preserved and how the relationship between two countries is maintained.

Here are the highlights of my trip:

Founded in 1920, Harbin Institute of Technology (HIT) has developed into a multidisciplinary, research-oriented, leading national university with science and engineering as its core encompassing management alongside liberal arts, economy and law.

They have more than 20 schools offering different courses in three campuses, namely in Harbin, Shenzhen and Weihai.

One thing special about the university is that it believes in allowing students to start their businesses when they are still studying.

Various working spaces are prepared for young entrepreneurs to experiment with their products so they can own a business when they graduate.

At the working spaces, you will see passionate students trying out their robots and building new technologies after school hours.

At the Harbin campus, our Malaysian undergraduates were among 3,300 international students from 128 countries. 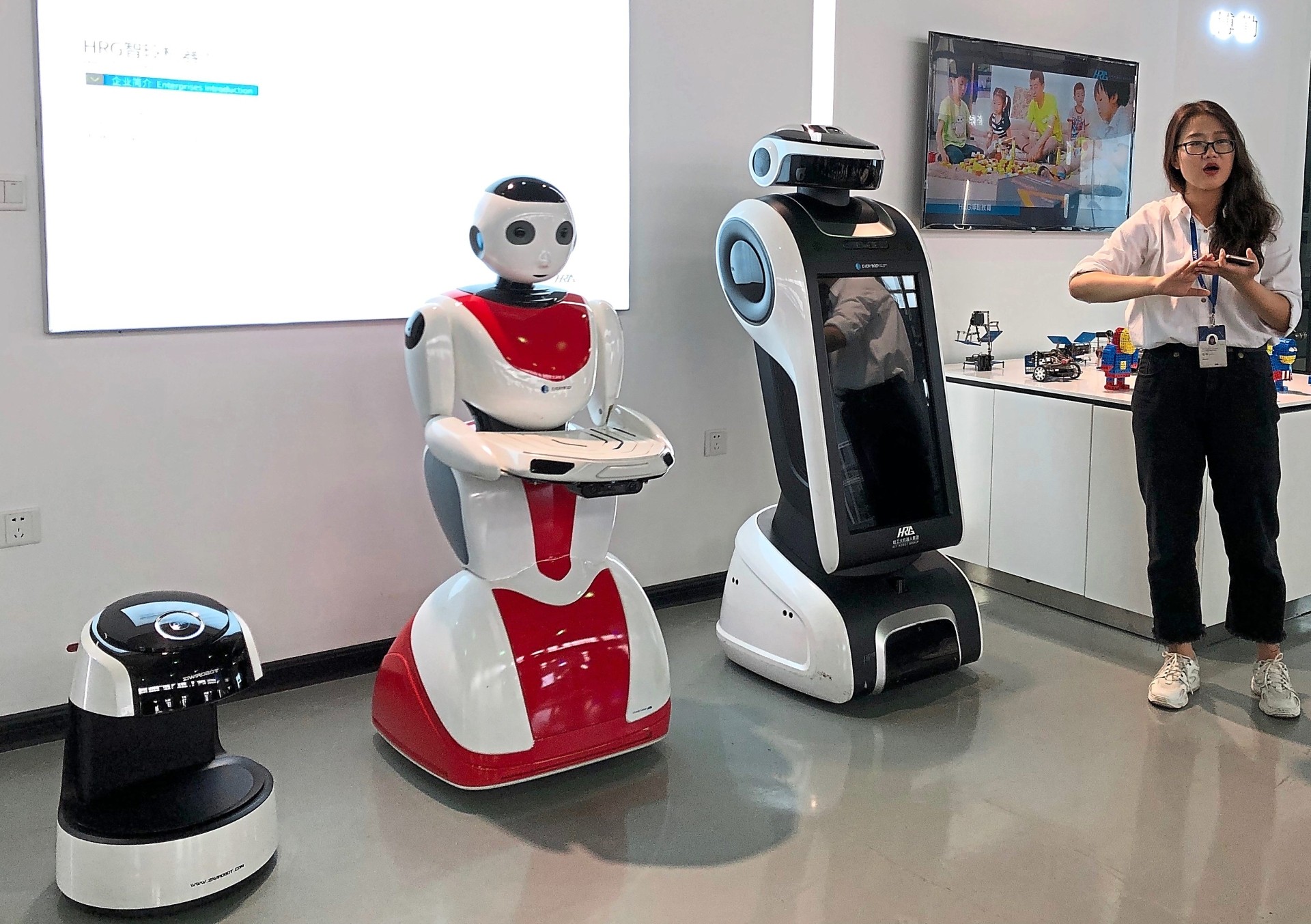 Some of the equipment created to improve patient’s lives at HIT Robot Group.

Malaysia Students Association in Heilongjiang (MSAH) president Chan Kok Yue said the society was set up early this year to support Malaysian students and to help them bond with each other.

“We have around 80 members in the society and I believe the numbers will increase as more students from Malaysia are coming to pursue their studies here.

“Most of us have taken the scholarship from China Campus Network (CCN) and did our foundation in Shanghai.

“After graduating from our foundation studies, we applied to continue our studies at the local universities here.

“We chose to pursue our degree studies here as the technology here is very advanced and the university offers a lot of different science and business courses.

“Although classes are conducted in Mandarin, we still manage to grasp what was taught by our lecturers, ” said the 22-year-old nuclear physics undergraduate.

Upon graduating from HIT, some of the students will begin their career path at HIT Robot Group (HRG).

Founded in December 2014, HRG is a platform operator and service provider for technology innovation and startup building in emerging industries, especially robotics industry.

Their technologies have indeed made lives easier and more comfortable.

Imagine walking into a bank and being greeted by a robot which will assist you and bring you to a specific counter if required. A robot ‘performing’ for visitors at Harbin Institute of Technology in Harbin, Heilongjiang, China.

At the restaurant, you will see robots serving food to customers after its staff members have taken orders.

A win-win situation is created when staff can still interact with customers while robots deliver freshly-cooked meals to them.

At homes or hospitals, patients who are immobile are assisted by beds created by HRG. The beds utilise air pressure to help patients move their bodies while lying on them.

These innovative technologies do not only enhance lives but also maintain the business eco-system.

The Harbin Planning Exhibition Hall, which covers an area of 8,800 sq m, has three floors and 29 pavilions.

The first floor has 12 exhibition areas and mostly explains the history and culture of Harbin to enable people to further understand the footprint of the city’s rapid development.

On the second floor, which has nine pavilions, one will understand the city’s master planning and development strategies. On the third floor with eight pavilions, one will see the new urbanisation, ice and snow culture, mapping of geological information, and digital model of the city.

The pavilions on the third floor display the Harbin city master planning, construction situation and also the future development blueprint of the city from multiple angles.

This exhibition hall is an example that good and solid urban planning will bring a city to greater heights as seen in Harbin and its revolution from a production industrial city to a national historical and cultural city and now, a modern regional centre.

At Bei An City in Heilongjiang, silk embroidery is one of the highlights of the town.

Silk embroidery is a traditional embroidery technique from the northeast of China and is believed to have started during the Jin Dynasty more than a thousand years ago.

This art is also listed as one of Heilongjiang’s non-material cultural heritage.

Wang ChunYan, a fourth- generation artiste of this cultural heritage, said she needs five years to finish some masterpieces which are three-dimensional and have a lot of details.

“There are 32 strings in a silk thread.

“To make the embroidery look real, we need to alternate the number of strings to create depth.

“Some of the easier pieces take about 18 months to be produced.

“We have more than 20 people working here and every masterpiece takes a lot of time and effort, ” she said.

Russia is just a river away from China.One can easily spot smoke coming out from the chimney of a factory in Blagoveshchensk in Russia from Heihe city in Heilongjiang, China.

I was told that the Chinese staying at the border can understand and speak fluent Russian, while the Russians too can speak perfect Mandarin.

The relationship between both countries is so close that they have swimming events across the river several times a year.

Recently, the first highway connecting China and Russia across the Heilongjiang river was built.

As the weather in Heilongjiang is bitterly cold and can drop to -40 degrees Celsius during winter, the 1,284m long and 14.5m wide bridge has steel girders that withstand as low as minus 60 degrees Celsius.

Besides, the bridge was designed and constructed with green features to minimise the impact on the river’s eco-system.

With the new bridge, the two cities will see more vibrant exchanges in human capital and trade ties.

The highway bridge was first proposed by China and Russia in 1988.

Construction began in December 2016, and is expected to be completed this month.