TINY Pulau Aman is set to shine with the state preparing the island for Experience Penang Year 2020 and Visit Malaysia 2020.

Facilities on the island will be upgraded including its jetties and chalets which have been in a dilapidated state for some time.

Bukit Tambun assemblyman Goh Choon Aik said the island, which has been marked as an eco-tourism destination, needs at least RM2mil for repair works.

“I have been allocating money from my constituency allocation, which has a budget of RM180,000 annually for repair and upgrading works, since last year.

“However, my present funds have to be allocated equally to other areas in my constituency and as such, we have requested state and federal funds for upgrading.

He was visiting the island with Deputy Chief Minister I Datuk Ahmad Zakiyuddin Abdul Rahman and senior officers from the Implementation and Coordination Unit (ICU) of the Prime Minister’s Department and state agencies.

Goh said the island had potential to be a good tourist destination, adding that the facilities would be upgraded by the first quarter of 2020.

“We will have the ‘Fiesta Pulau Aman’ on Oct 19, a one-day carnival which will feature traditional sports and games, fishing and kayak competitions and other attractions.

“State and federal agencies will be taking part in the fiesta.

“There are only 300 residents on the island, who are mainly fishermen who run small seafood restaurants, kerepek and belacan outlets, with some offering homestays, ” he said.

He said the project costing RM5mil would be completed at the end of 2021.

“The project, which will also consist of a Muslim burial ground, will be built on a 1.6ha plot which belongs to the Penang Development Corporation.” 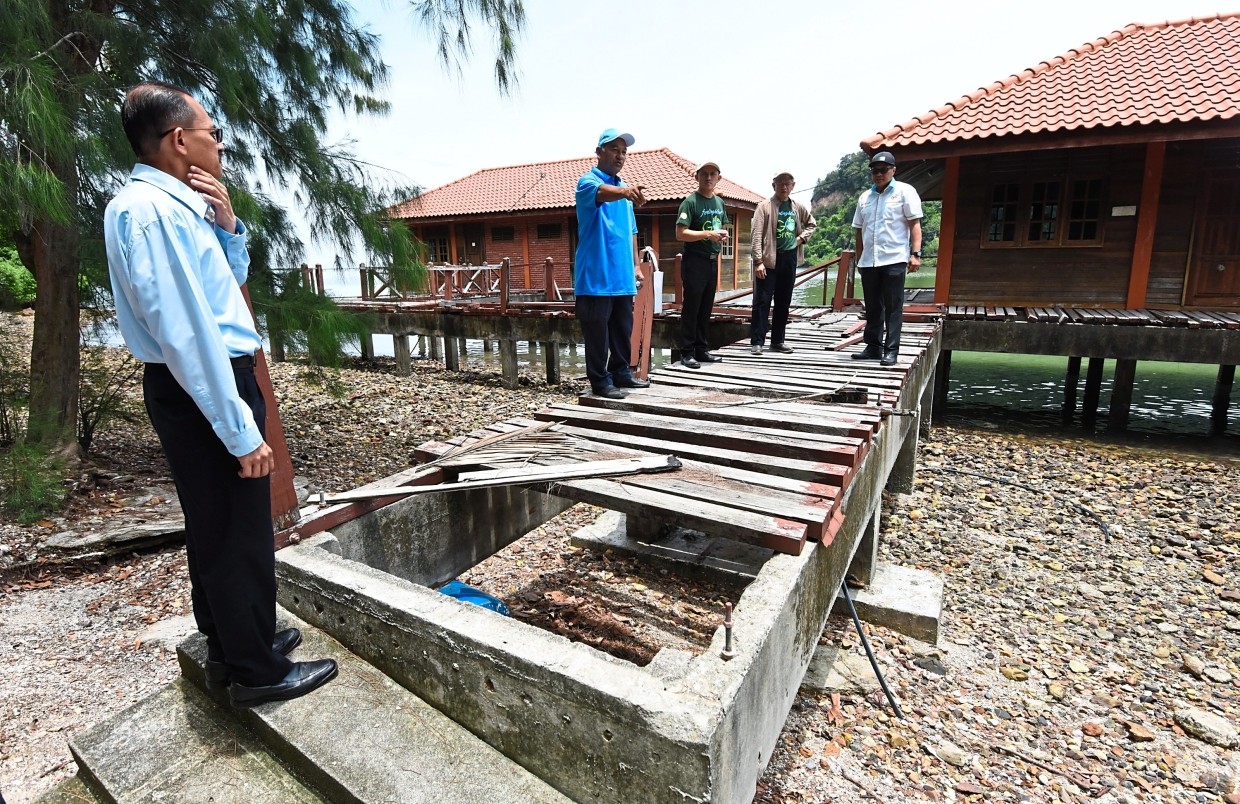 Visitors enjoying the food at a floating seafood restaurant.

A view of the floating seafood restaurant.

An aerial view of the idyllic settlement of Pulau Aman on the northern tip of the island sheltered by the uninhabited Pulau Gedung (not in view). — Photos: ZAINUDIN AHAD and MUSTAFA AHMAD/The Star