On fast track to expansion 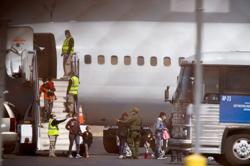 The brand’s mascara and eyeshadow palette.

WITH four stores under its belt, Duck Cosmetics plans to open another five branches in various locations in Malaysia this year.

Its founder and creative director, Datin Vivy Yusof, said there are currently two stores in Pavilion Kuala Lumpur, one in Suria KLCC and one in Singapore.

“We have identified four to five malls in Malaysia (for the new locations), and we also want to expand via Sephora,” said Vivy, a social media influencer, entrepreneur and mother of three.

Duck is one of the first local brands to be sold in Sephora stores in Kota Kinabalu, Sabah, Johor Baru, Ipoh and Putrajaya. In Kuala Lumpur, it is available in Sephora Suria KLCC.

“My dream is to work closely with Sephora and get our stock into the United States, other countries in the Middle East as well as the United Kingdom.

“Sephora’s acceptance of a local brand is a big step for us and we are very thankful for this opportunity,” she said.

Vivy debunked the notion many people had of “things falling easily into her lap.”

“A lot of people thought I paid my way (to get into Sephora stores).

“I had to present Duck Cosmetics and its potential. Entrepreneurs need to chase. Vivy with one of the brand’s foundations.

“After a few attempts, they (Sephora) invited us for meetings,” said Vivy, who co-founded e-commerce platform – FashionValet – with her husband Datuk Fadzaruddin Shah Anuar in 2010.

After learning the ins and outs of the business, she founded the Duck brand in 2014.

Duck and FashionValet are two separate companies, she said.

“Duck became popular very fast because it’s in a league of its own,” said Vivy.

All products from Duck Cosmetics are formulated in specialised labs and comply with stringent European Union regulations to ensure safety.

They are also paraben and animal cruelty-free.

As an entrepreneur and mum, life can be quite hectic for Vivy.

“With three kids, my life is chaotic,” said Vivy, adding that she is also in the midst of growing her YouTube channel which currently has 140,000 subscribers.

“It is not about the number of subscribers you have, it’s about creating more content.

“I try to put out two videos a week,” she said. 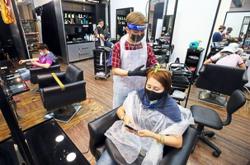