IT WAS more than about building properties for the winners of the fourth StarProperty.my Awards 2019 as they walked away with trophies, including for six new categories introduced this year.

This year’s awards saw a total of 24 categories with 45 entries on projects contested, including new categories like The WOW Award (Public Building), The Luxury Series Award, The Big Heart Award, The Art of Life Award and The Creative Touch City Hotel Awards.

The categories covered various aspects in the region’s property industry, encompassing not only infrastructure and aesthetic excellence, but also sustainability and integrated developments. 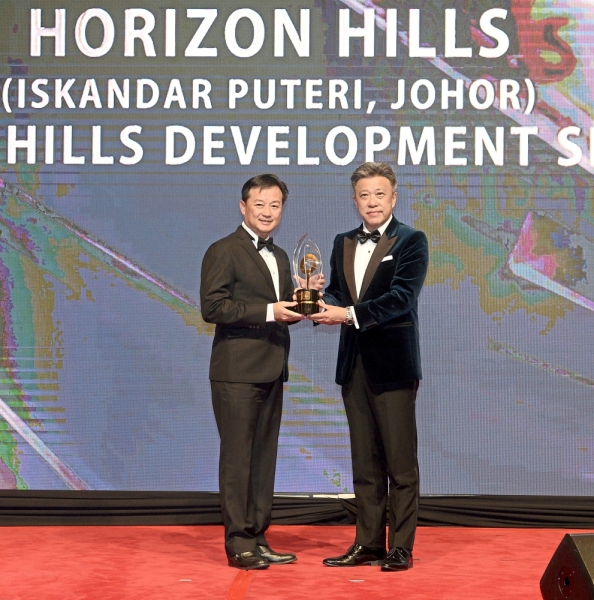 “At Gamuda Land, our vision as a responsible town-maker is to create places that people will call home, want to be a part of, grow up and grow old in.

“Key to this is mindful planning to create a sustainable community in townships that stand the test of time.

“To achieve this, we are driven by our values and development principles in all that we do. “By respecting nature and planning our towns with our community in mind, we are able to look into even the smaller details which will eventually benefit the community.

“Continuous innovation allows us greater efficiency and to work in a more sustainable manner to improve quality and reduce waste,” he said.

“Anything we do must be sustainable and measurable. One of these is entrepreneurship training targeted at the B40 group. 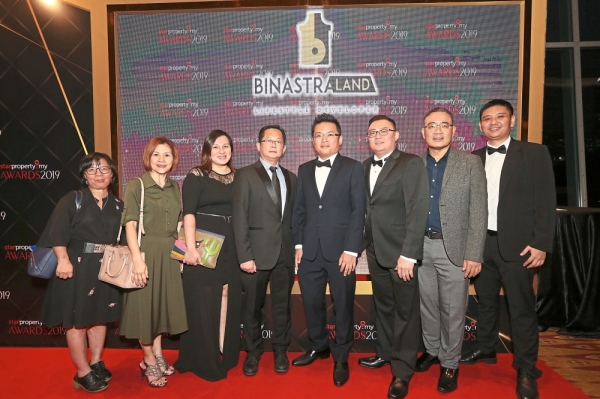 Binastra Land Sdn Bhd project director Tan Jian Shen (fourth from right) with his team at the awards ceremony. The team went home jubilant as they were awarded The Art of Life Award (Best Lifestyle Development) for the Trion @ KL project.

“Through this programme, they can make a living in a more sustainable way instead of having to rely on outside help,” she said.

The Creative Touch City Hotel Award was introduced to acknowledge and celebrate the best interior design for hotel development.

The award had two subcategories – Timeless and Contemporary. 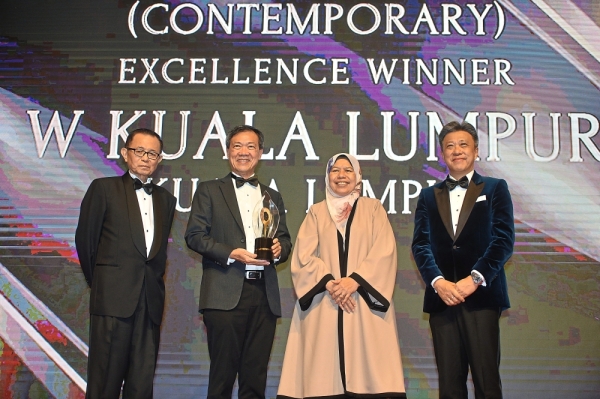 “Four Seasons is fortunate enough to have beautiful interiors by our design partners AB Concepts out of Hong Kong and Wilson Associates from the United States,” he said.

The Art of Life Award (Best Lifestyle Development) was awarded to Binastra Land Sdn Bhd for its Trion @ KL project.

Organised by StarProperty Sdn Bhd, the event was aimed at recognising developers that made significant impact on the growth of the property industry while recognising the growing need for sustainable development and social consciousness. 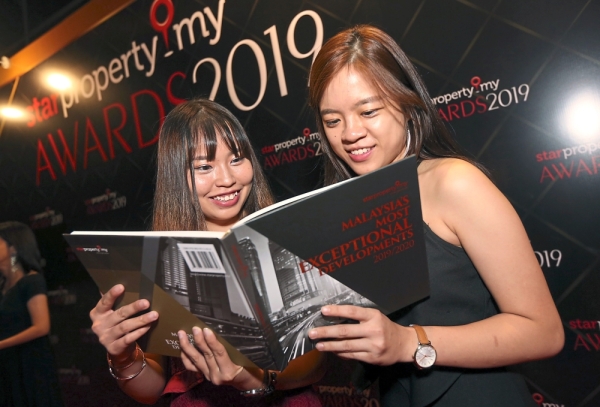 Mah Sing corporate communication executive Emilia Mok (left) and Mah Sing internal audit executive Paris Ng having a look at a coffee-table book which is a compilation of outstanding projects by award-winning developments in StarProperty.my Awards 2019. 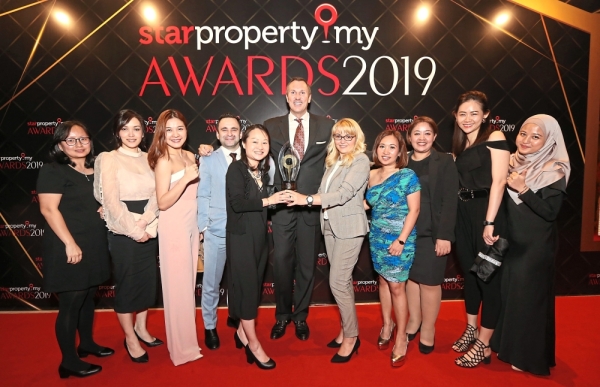 The StarProperty.my Awards 2019 showcase will be held at The Curve, Petaling Jaya, from March 14 to 17, featuring the winning developers and their award-winning projects.

The awards are sponsored by Eastern Decorator. For details on the award programme, visit http://awards.starproperty.my/national/2019/