Saffron Cream Risotto presented by Repetti during the Homage to the Italian Tradition of Genuine Cooking event held at the Four Seasons Kuala Lumpur in conjunction with the Italian Cuisine Week in the World.

THE Malaysian edition of the third Italian Cuisine Week in the World saw renowned Michelin chef Daniele Repetti cooking up a storm during a week-long extravaganza.

Organised by the Italian Trade Agency - Kuala Lumpur, the events were aimed at promoting Italy’s agri-food industry and

the tradition of high-quality food and wine, which is central to Italian identity and culture.

Italian Trade Commissioner Samuele Porsia said in the last three years, the agency had promoted the spread of the typical ingredients of the Mediterranean diet through large retailers and in hotels, restaurants and cafe markets. 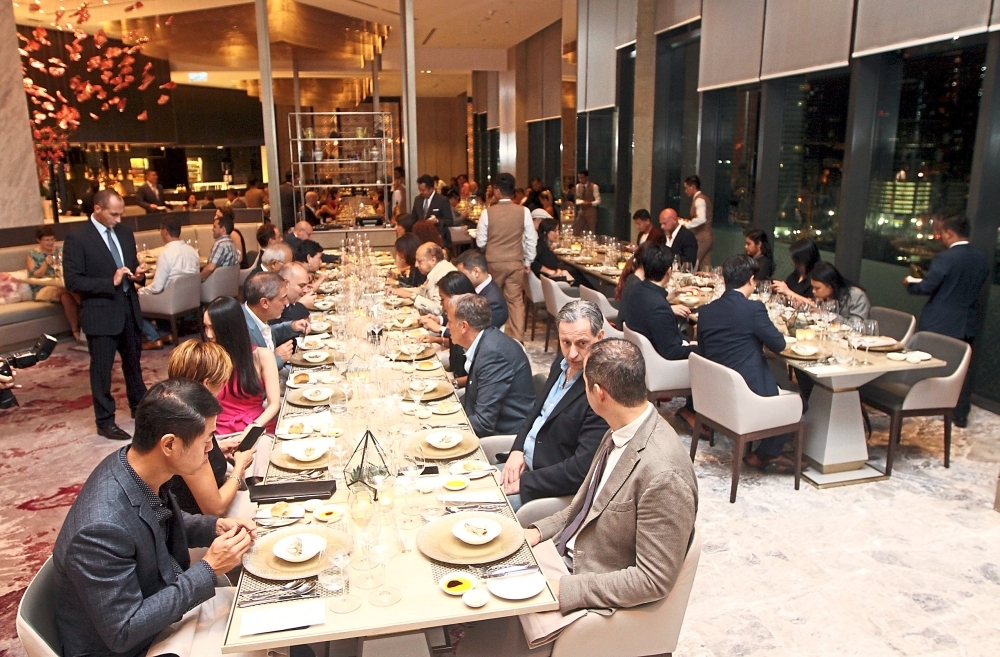 “The Mediterranean diet has been discovered and applied by the consumers in South-East Asian countries,” he said.

The first in a series of the week’s programmes included Repetti’s “Homage to the Italian Tradition of Genuine Cooking” held at the Four Seasons Kuala Lumpur.

Focusing on Emilian cuisine and the Mediterranean diet, Repetti and his team curated a five-course pairing dinner featuring the best of Italian products and produce.

“It is not about having the most ingredients, but taking the best quality ingredients and honouring the place where it came from. Braised veal Cheek with creamy potato and rosemary, popular mashrooms and shavings of truffle were one of the high-lights at the event.

“We have used everyday ingredients but presented them in a contemporary style,” he said.

He added that the tasks of chefs as the ambassadors of taste was to support the story and the tradition of Italian cuisine.

“Italians know all about the cultural value of food, but I personally would like to go to an Italian restaurant abroad not only for authentic cuisine, made of precise and honest tastes, but also for the social aspect inherent in sharing a meal.

“This is part of our culture and it would be essential to transmit it to those who want to know us better,” he added.

Elaborating on the Mediterranean diet, Repetti said it emphasises eating primarily plant-based foods, such as fruits and vegetables, whole grains, legumes and nuts as well as replacing butter with healthy fats such as olive oil. 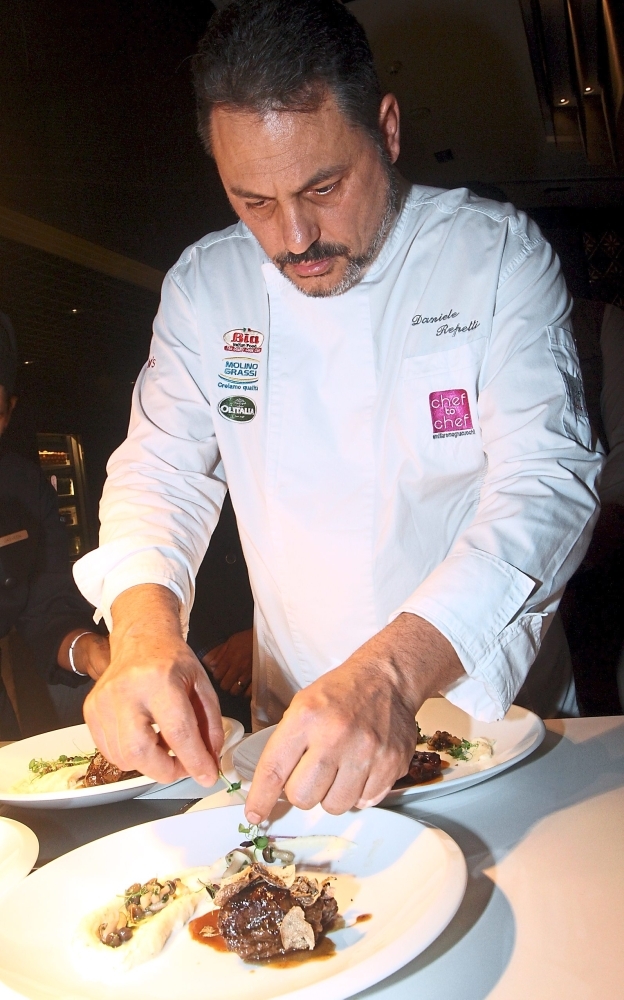 Repetti putting the finishing touches to one of the courses.

With that, guests were served a starter of parmesan cheese terrine, pickled vegetables, puffed tapioca chips and balsamic vinegar gel, followed by tomato-filled ravioli in a seafood soup.

As an entrée, Saffron Cream Risotto with almonds and deep-fried artichokes was served while the main course consisted of Braised Veal Cheek with creamy potato

The third edition of the Week of Italian Cuisine in the World, which ran from Nov 24 to 29, took place at Cicchetti di Zenzero, Kuala Lumpur, Marini’s on 57, as well as at the residence of Italian ambassador to Malaysia Cristiano Maggipinto.

The Extraordinary Italian Taste brand, launched by the Italian Ministry of Agriculture and the Ministry of Economic Development, was created with the objective of curbing imitations of Italian products.

This agreement has resulted in the establishment of the Week of Italian Cuisine in the World, also known as the Extraordinary Italian Taste.

Italian institutions around the world will each be spearheading various activities in line with the week-long celebration of Italian cuisine within their own regions.