Beautiful green lung in the north

It not only provides an exquisite green lung for Aspen Vision City but also forvisitors and the people in the northern region to relish.

Aspen Vision City is Aspen Group’s flagship multi-phased and multi-faceted development and it will house the first IKEA store and regional integrated shopping centre in the northern region. 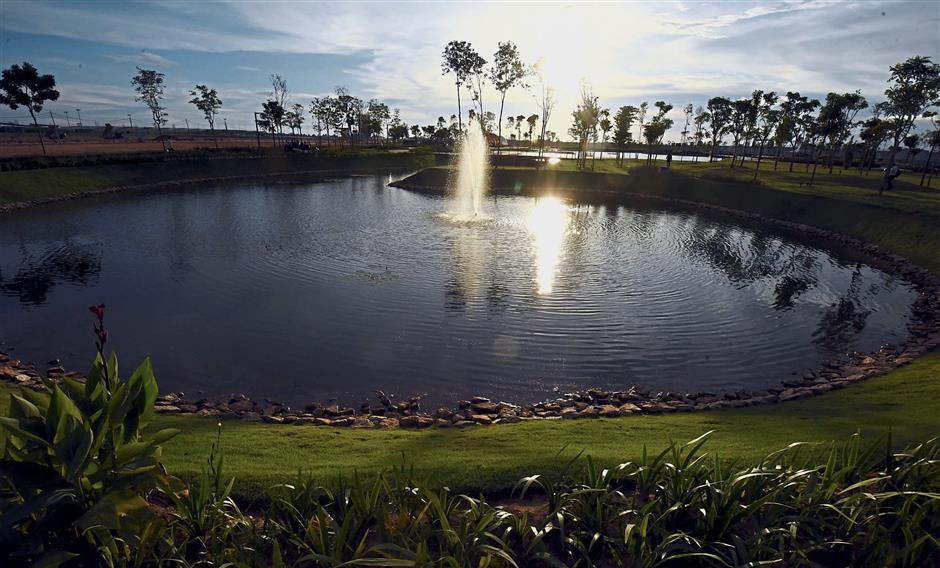 A general  view of the 10ha Central Island Park at Aspen Vision City in Bandar Cassia.

Aspen president and group chief executive officer Datuk M. Murly said that the opening of Central Island Park marked the culmination of a wonderful transformation of abrilliant idea into reality.

“I am glad that the development progress of Aspen Vision City is well on track and ahead of schedule.

“As of today, we have invested more than RM2.3bil in Aspen Vision City together with IKEA Southeast Asia and more substantial investment will be made especially in the commercial properties,” he said during the recent opening of the park.

“Vervea shop offices, the first development of Aspen Vision City, will obtain the Certificate of Completion and Compliance (CCC) by December this year and will open for business together with the IKEA store on March 28 next year.

“We have also invested RM105mil in the first phase of Central Island Park, which includes the land cost and the construction cost consisting of softscape and hardscape.

“Access to green spaces is an important aspect in our vision. 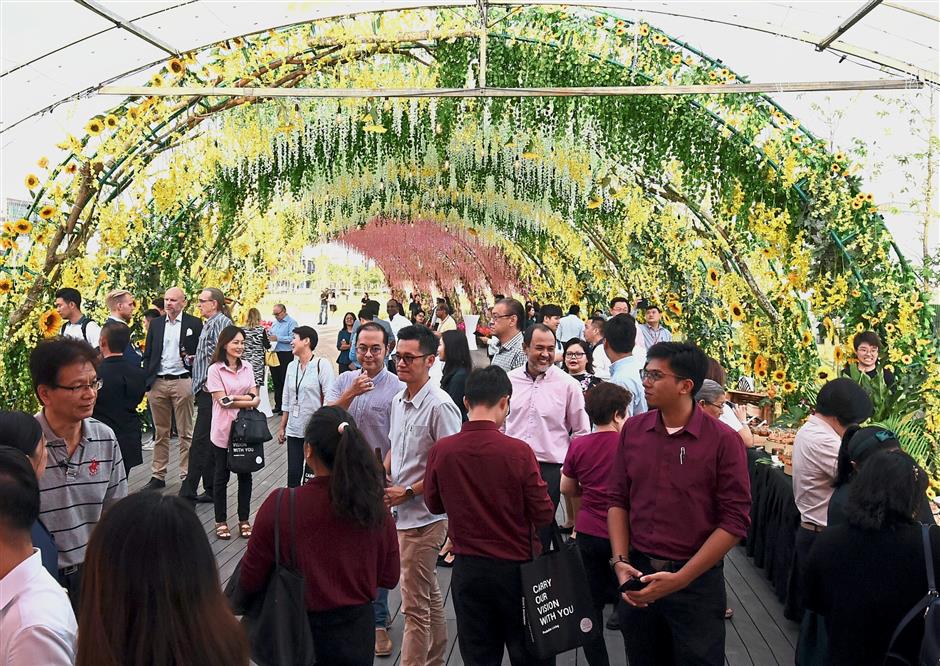 Guests mingling during the launch.

“We hope the park will be the place for visitors to spend quality time with their loved ones and enjoy beautiful moments,” he added.

Penang Works, Utilities and Flood Mitigation Committee chairman Zairil Khir Johari, in his speech, said Batu Kawan was envisaged to be a sustainable eco-city and therefore it was not just about putting in the best infrastructure but also ensuring the development of a liveable, green and environment-friendly city.

“This is in line with the Penang government’s agenda of becoming the greenest state in Malaysia by 2030, driven by a green economy built on the 4P partnership of public, private, people and professional sector.

“I applaud Aspen Group and their joint-venture partners for their willingness to invest a total of up to RM80mil on Central Island Park,” he said.

Guests were wowed by a 50m-high water jet display followed by fireworks display.