MELAKA: Red flag has been raised on the Hand, Foot and Mouth Disease (HFMD) situation in Melaka with an accumulative 1,522 cases reported as of July 28.

The endemic recorded a 76% increase or an additional 659 cases for the first seven months of the year, compared to the corresponding period last year.

A pre-school in Alor Gajah was ordered to close last Wednesday and should reopen tomorrow if condition permits.

State Health and Anti-Drug committee chairman Low Chee Leong said it was the latest of 10 nursery schools ordered to close for a period of 10 days since January, the others had resumed normal operations.

Low noted that the Melaka Tengah district was still the worst hit, followed by Alor Gajah and Jasin. 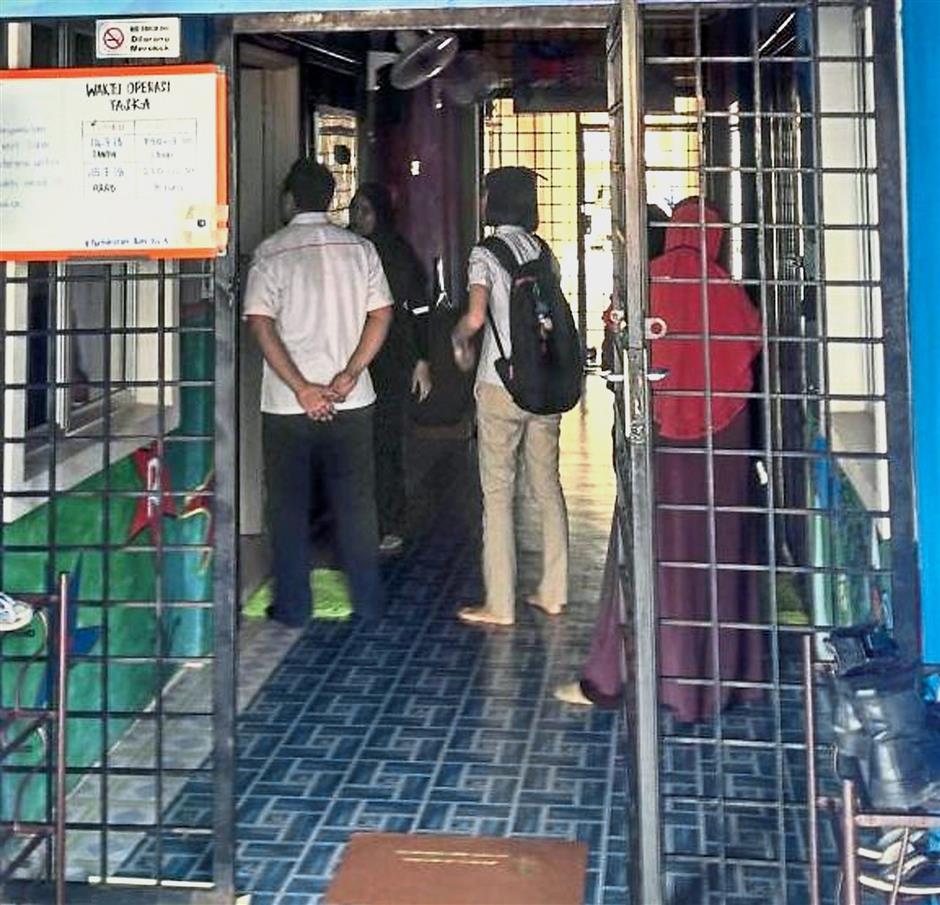 Officers from Health Department inspecting a nursery school for traces of HFMD in its efforts to contain the spread of the disease.

No school in Melaka has been asked to close.

“This is in accordance with the standard operation procedure set by the Health Ministry,” he said.

“Various initiatives have been taken by the Health Department to contain the disease’s spread and to raise awareness among the locals, including urging them to practise good hygiene,” he added.

He said 80% of those affected were children below the age of seven years old.

He advised parents with children showing symptoms of HFMD not to send them to school or take them to public places, to prevent the disease from spreading.

It is also learnt that letters ordering disinfection exercise of equipment, playgrounds and premises at all relevant institutions, markets and departments have been sent out. – By R.S.N. MURALI