IPOH, the birthplace of the iconic “white coffee”, has earned a place once more in Lonely Planet’s hall of fame.

Earlier this month, the travel guide’s latest publication, Global Coffee Tour, features one of the things Ipoh is famous for other than bean sprouts and chicken – its good old coffee culture.

According to book: “Ipoh’s signature white coffee is famously hot, sweet and almost buttery in taste, and has spawned a chain of cafes that has found its way around Malaysia.

“For the authentic stuff, Sin Yoon Loong is adored for following the traditional recipe.”

Sin Yoon Loong is the traditional coffee shop located in Jalan Bandar Timah in the older quarter of the city that is featured in Global Coffee Tour.

The book is an in-depth read that helps coffee lovers around the world to learn and explore what different regions have to offer in terms of coffee.

Several media websites and blogs have reported that according to the book, Ipoh made it to the cut as one of Asia’s top-three coffee towns after Chiangmai and Tokyo, receiving much praise from Lonely Planet’s team of travel writers in search of the world’s best coffee.

This is the second time Ipoh has gained recognition from the world’s largest travel-guide publisher. The first time was in 2016 when the city was listed as one of the best Asian destinations to visit. According to Lonely Planet’s Global Coffee Tour book, Ipoh’s signature white coffee is famously hot, sweet and almost buttery in taste, and has spawned a chain of cafes that has found its way around Malaysia.


No one is happier about the news than the operator of the Sin Yoon Loong coffee shop, Wong Meng, who first expressed disbelief but was soon beaming with pride.

“I would really love to get a copy of the book and frame up the page on Sin Yoon Loong when it is out.

“Making the best white coffee using traditional methods for our patrons is all we know and have been doing all these years.

“I am glad that not only do the locals love our signature Ipoh white coffee, but foreigners are also spreading good words about it,” said Wong, 61, one of the proprietors of Sin Yoon Loong.

Wong said he and his partner, who stopped running the storefront following his retirement some time ago, had their humble beginnings in 1937, sourcing and roasting their own coffee beans.

“We perfected the recipe over the years and our small coffee shop was where most workers gathered for their pick-me-up before heading for work, and also their afternoon tea-break.

“During the golden tin-mining era back in the 1950s and 1960s, our coffee shop was also where many big bosses and their supervisors hung out,” he recalled.

Today, Wong said that his patrons are mainly regulars, locals and tourists from all around the world. 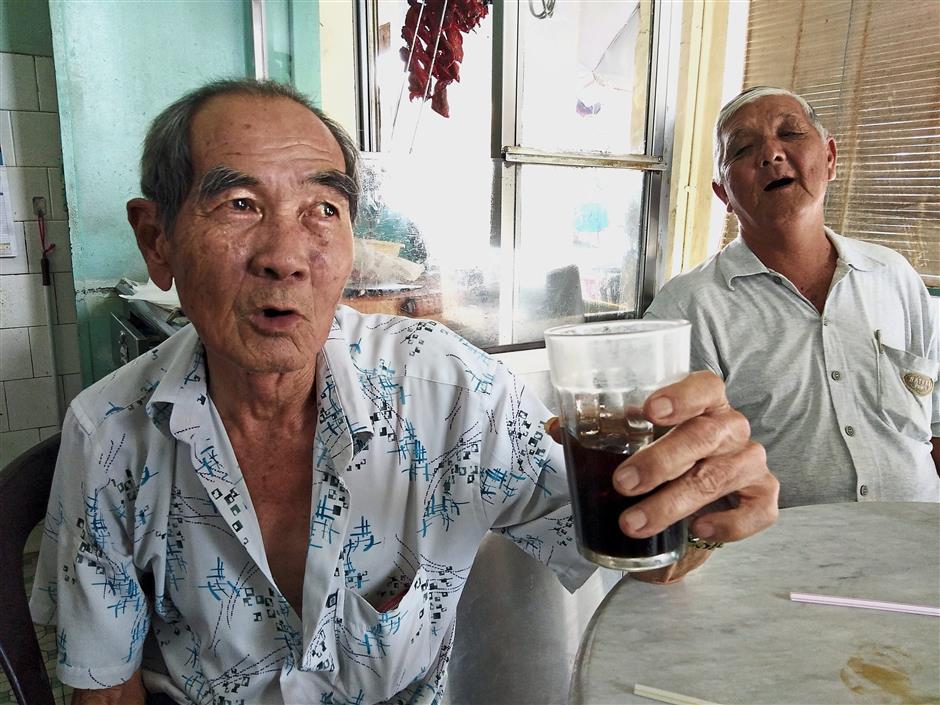 Fong (left) and his friend Kong, who are regulars of Sin Yoon Loong, usually opt to have their coffee with ice in the afternoon but will always enjoy a hot and aromatic cup of white coffee as their morning pick-me-up and also in the early evening to wind up a day


“I started coming here for coffee in 1969. Many things changed over the years, and yet that familiar taste and kinship are what I keep coming back for at Sin Yoon Loong.

“Apart from that perfect cup of hot white coffee, this is where I meet and catch up with my friends every day.

“It is really awesome for this age-old coffee shop in this city to make its name internationally.

“It deserves this special recogni­tion because they it follows the traditional way to freshly brew each cup of Ipoh white coffee.

“As a true-blue Perakian, I am happy and proud of this,” said Kong.

Kong’s friend, Fong Peng Seng, 73, who also patronises the coffee shop almost every day, revealed that they usually opt for cold drinks in the afternoon due to the warmer weather.

“The hot and aromatic white coffee is meant for that important first cup in the morning.

“And then we will usually have another one in the late evening before the shop closes to wind up the day,” said Fong, in between sips of his ‘kopi-O peng’ (iced coffee without milk). Judy and her husband Louis enjoying coffee together at Sin Yoon Loong, a place they have been frequenting since their dating days over three decades ago


For couple Judy Daniel and her husband Louis Dnanapragasan (pic above), Sin Yoon Loong was one of the places they frequent when they started dating some 30 years ago.

“My parents used to bring me and my five other siblings here when we were young.

“I just simply love the taste of the coffee here, the indescribable goodness that I do not get at other coffee places,” said Judy, 58, from Canning Garden.

Louis, who prefers his coffee without sugar, said that itis “the bittersweet and rich taste that lingers” in his mouth that he enjoys most with every sip.

“Even after we are married now, we still make it a point to come back here for coffee whenever the cravings come.

“It feels good mingling with the familiar faces while reminiscing about the good old days,” he said, adding that Sin Yoon Loong’s recognition by Lonely Planet is indeed a feather in the cap for the traditional coffee shop.

“I hope more people, especially foreign visitors will come and taste for themselves the authentic and unique Ipoh white coffee because it is really good,” he added. 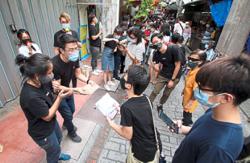 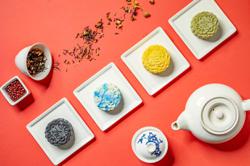