DESA Home, a company that specialises in home entertainment systems, opened its newest store at One City in Subang Jaya with great fanfare.

The store, which is Desa Home Theatre Sdn Bhd’s second branch, occupies a 1,394sq m space on the ground floor of One Space, The Square, One City.

Tan also presented a donation of RM18,000 to Wawasan Old People Caring Centre during the event.

In his speech, Tan expressed gratitude to the company’s suppliers and partners for their support and trust in a small company. 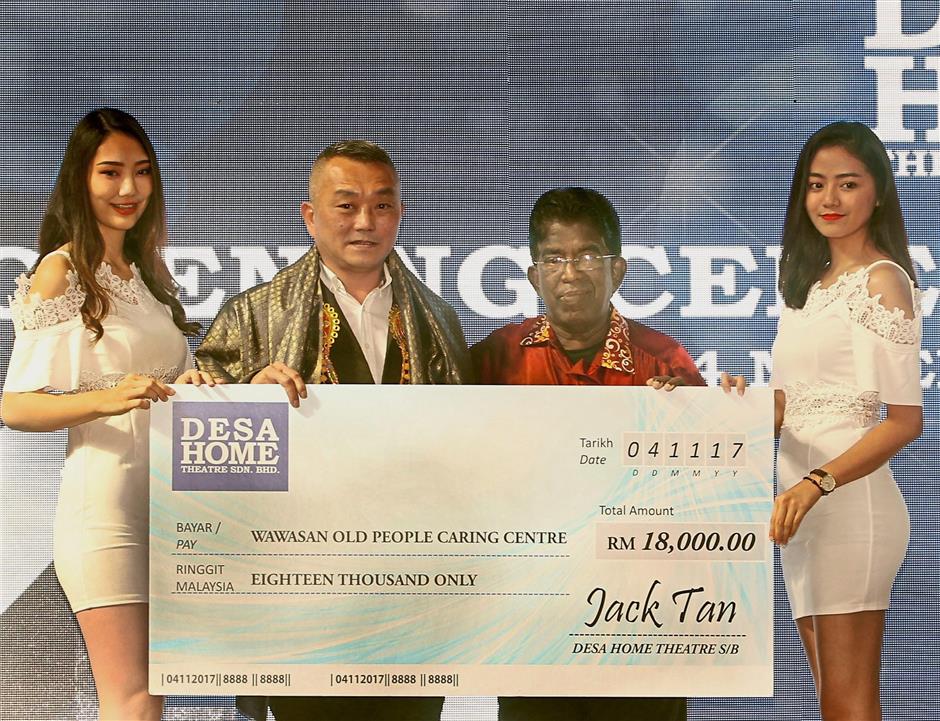 
“This store at One City is a relocation of our earlier store in Plaza Low Yat. We needed to move out of the previous venue because of the limited store space and high rental.

“Our second store offers bigger space for nicer showrooms and a ‘shop in shop’ concept by brands such as Electrolux, Haier, Hisense, LG, Philips, Pioneer, Samsung, Sharp, Sony and Toshiba,” said Tan, adding that it cost about RM5mil to renovate and set up the newest store.

He said the team at Desa Homes can help customers design and personalise their home entertainment system.

“Our store has everything to suit a customer’s need – whether for a nice home entertainment system or something fancy that sets them apart from other homeowners,” added Tan.

He said the next step was to renovate Desa Home’s first store in Kepong to have a dedicated showroom space on the ground floor and office on the upper floor. Tan (fifth from left) with representatives of the company’s suppliers and partners at the ribbon-cutting ceremony to mark the opening of Desa Home’s second store at One Space, The Square, One City in Subang Jaya. — Photos: IBRAHIM MOHTAR /The Star


Desa Home’s grand opening at One City included special deals of up to 80% discounts, free gifts, voucher rebates and purchase-with-purchase gifts over a four-day weekend.

Meanwhile, MCT Bhd Retail and Office leasing director Teoh Eng Poh said One Space was being positioned as an “experience centre”, rather than a shopping mall.

“It has several open-concept showrooms and Malaysia’s biggest eSports centre at the topmost floor.

“The opening hours have also been changed from noon to midnight, so visitors, particularly the younger generation, have more time to hang out here,” he said.