Mulberries farm was set up as a research and model silk farm that has grown to accommodate 3,000 farmers, weavers and artisans from more than 200 villages.

SOUNDS of suppressed laughter are audible in a small farm called Mulberries in Xiangkhoung, Laos, where a group of women huddle over a boiling cauldron of natural dye.

The bashful ladies are endearing, but so is Kommaly Chantavong, despite her matronly demeanor giving out instructions in a firm but kind voice as she ushers a group of visitors from Maybank Foundation to explore the farm.

Kommaly is a testament to the women at the organic silk farm that has helped revive and preserve the Laotian art of silk fibre production in addition to providing a sustainable income to impoverished families.

Her story began in 1976, when she gathered 10 internally displaced poor women weavers from her home in Hua Phan province to fund the Phontong Handicraft Cooperative before setting up Lao Sericulture Co Ltd (Mulberries) farm in 1993. 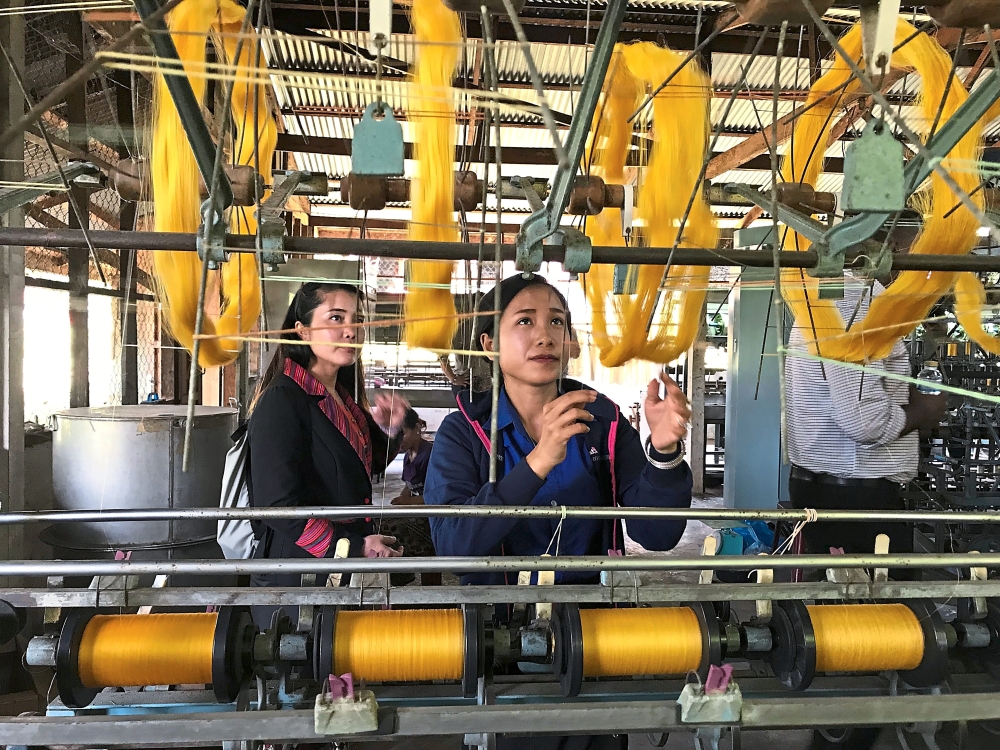 Farm staff working on natural gold silk threads which are worth more than the white silk threads.

The farm was set up as a research and model silk farm. Today, the cooperative has grown to 3,000 farmers, weavers and artisans from more than 200 villages.

“Each member of the cooperative is involved in the end-to-end production that involves silk worm rearing, white and gold silk thread production, organic dyeing of the threads, weaving, as well as mulberry by-products including soaps, shampoos and creams,” she said.

Kommaly, who is a Nobel Peace Prize nominee, said nothing goes to waste on the farm and they spend many hours researching natural dyes made from various plants to bring out colourful hues for the silk threads.

But having a big workforce comprising staff from remote villages is a challenge in itself, especially since some of the trainees walk more than two days to reach the farm located in Xiangkhoung, 386km away from the capital Vientiane. Representatives from Maybank, Laos government and bank, and Malaysian embassy at the hostel launching.

He said they invested RM350,000 to build the hostel, including a 15-day training programme for the women.

Fifteen weavers have started their training and they have supported 50 mulberry farmers as part of the programme where they intend to upgrade the weaving centre in the next phase, says Shahril.

The hostel, which can accommodate up to 20 people at a time, was designed pro bono by Malaysian architect Johann Nawawi to mimic the prehistoric site of the Plain of Jars located nearby the farm. 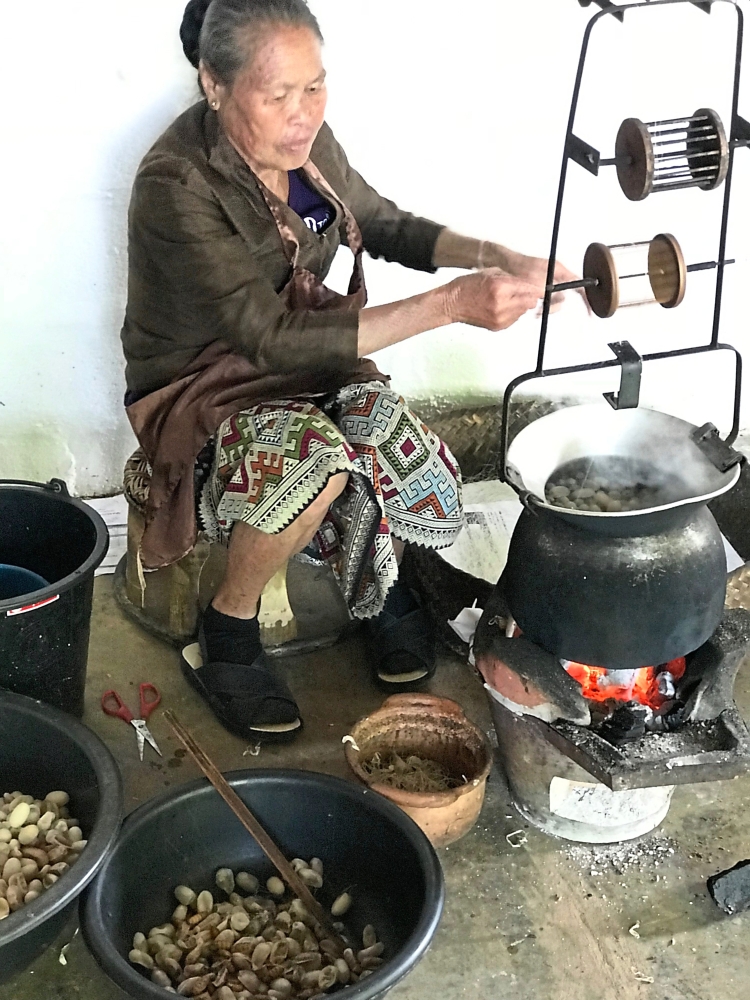 A woman extracting the silk from the cocoon that will be processed for weaving.

The Plain of Jars is a megalithic archaeological landscape in Laos that consists of stone jars scattered around the upland valleys and the lower foothills of the central plain of the Xiangkhoung Plateau.

“Plain of Jars is something that is unique to this region and in their backyard. Working on this was a great way to explore new places,” said Johann.

The hostel was launched by Maybank and Maybank Foundation chairman Datuk Mohaiyani Shamsudin.

Mohaiyani is proud the hostel will help the women overcome travelling and accommodation problems. 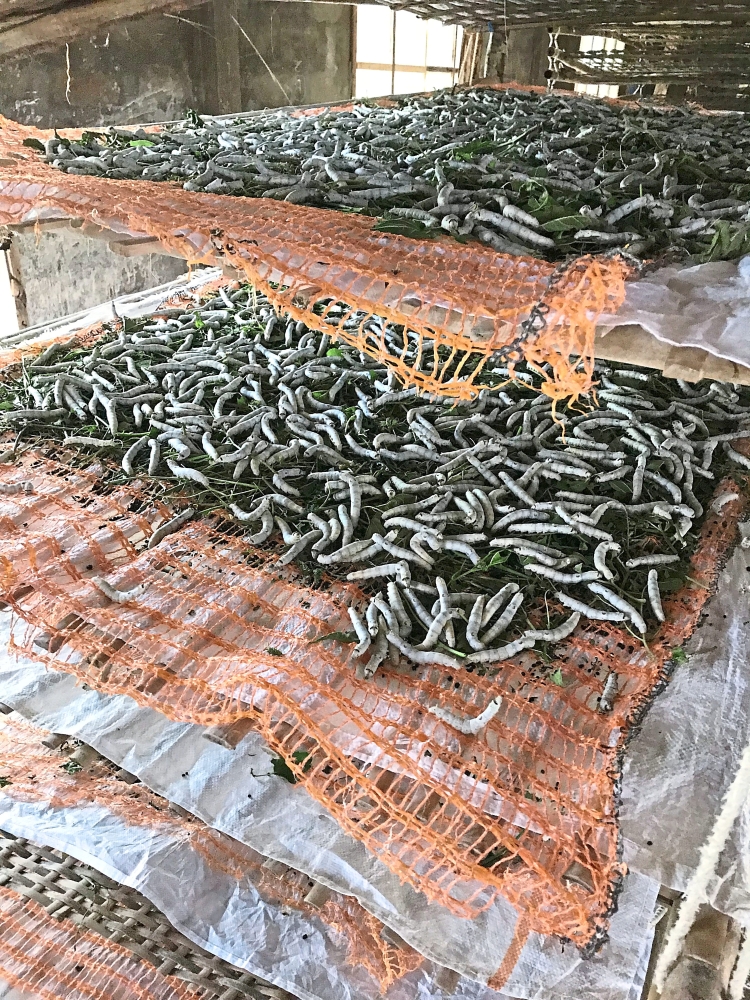 The silk worm rearing house on the farm produces the cocoons with silk that is later processed before it is weaved into material.

“With this new hostel, our trainees can learn and live in a safe and conducive environment. The initiative by the foundation is not only exceptional in its objective to preserve, sustain and promote traditional textile-making techniques highlighting the Asean identity, but it helps disadvantaged women achieve economic independence,” said Mohaiyani.

Maybank Foundation, the CSR arm of Maybank Group, wants to positively impact communities they operate in and humanise financial services.

Maybank has been in Laos since 2012 and currently has 32 employees and two branches in Vientiane and Nongduang.

“Laos has been ranked the second fastest growing economy by Gross Domestic Product (GDP) in the world.

“While economic growth and poverty reduction has been impressive, rural poverty and women empowerment remain a major challenge,” added Shahril.

To top it off, Maybank announced they have opened accounts for the weavers, where each will be given a savings book.

Kommaly says the women feel empowered with the assistance provided by Maybank. 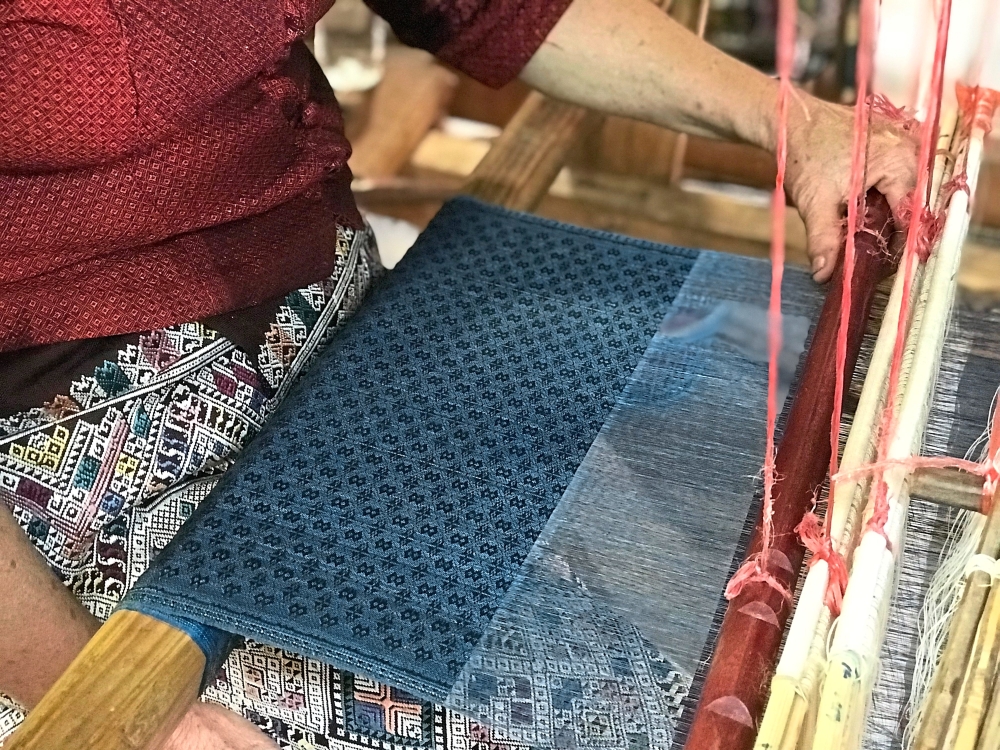 Funding to preserve art of weaving