Kampung Morten still retains its traditional Malay kampung charm even though development such as high-rise buildings (in the background) and the Melaka tourist monorail (left) are creeping up around it. — Photos: A. MALEX YAHYA/The Star

Sandwiched in the heart of the modern historical city of Melaka is Kampung Morten, an urban Malay village that still preserves its rustic charm.

Although it now nestles amid modern infrastructure such as the Melaka tourist monorail and a skyscraper, the village along the Melaka River has managed to retain much of its traditional heritage.

The village was named after British Land Commissioner, Frederick Joseph Morten who was part of the then Malayan Civil Service before retiring as Colonial Secretary of the Straits Settlement in 1938.

According to history, the 96ha land was settled by a group of people after nearby Kampung Jawa made way for development during British rule.

Before moving into the village, community leaders led by village head Datuk Othman Muhammad Noh and his brother-in-law Demang Abdul Ghani sought Morten’s help to procure the land from its owner – The Hindu Mohammad Endowment Board for the price of 10,000 Straits Dollars in 1920.

Morten helped to secure the loans and turned the swampy mangrove forest into a new settlement for the villagers.

Grateful for the British officer’s help, the villagers decided to name their new land Kampung Morten and it remains until today. 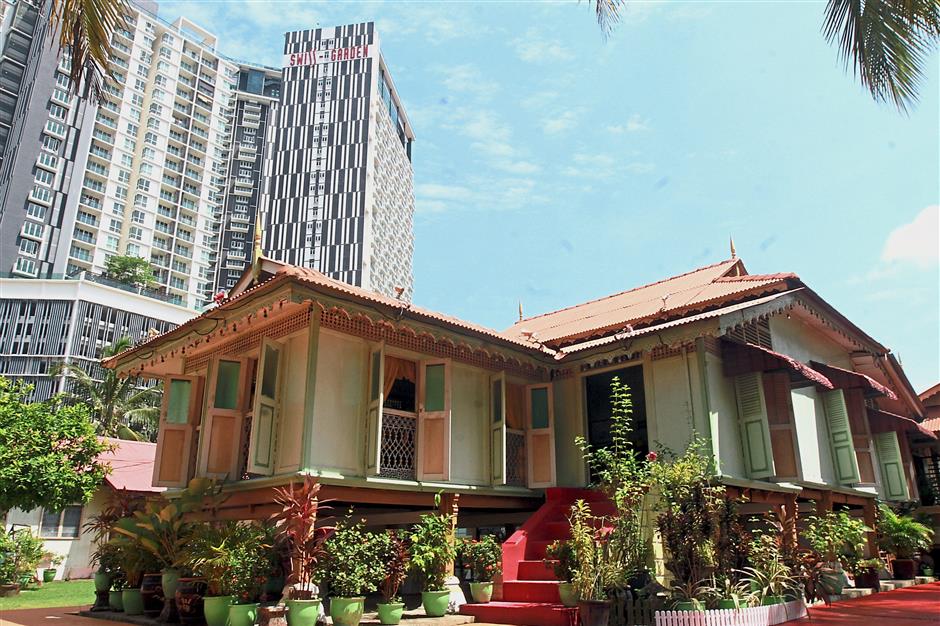 Villa Sentosa, the oldest traditional house in Kampung Morten, looks dwarfed juxtaposed against the high-rise building in the background.

The village has evolved into a tourism icon and was declared a heritage village under Melaka’s Preservation and Conservation Enactment in 1989.

The majority of descendants of the first settlers have turned the houses they inherited into homestays or kampung-style accommodation for tourists to experience the traditional Malay way of life.

Among the descendants of the pioneer settlers is Othman’s grandson, Ibrahim Hashim, 74.

Ibrahim loves regaling visitors to his ancestral kampung house, now called “Villa Sentosa”, about what life was like in the village in the old days.

He has preserved all the relics inherited from his grandfather, including the ancient Majapahit artefacts at a private museum in the house that has been turned into a tourist attraction.

The retired veterinarian gives visitors an insight into how the past generations lived by giving them a tour of the interior of the house while giving a commentary on the traditional wear, musical instruments and antiques kept there.

Ibrahim does not charge any entry fee and relies on donations to maintain the house. 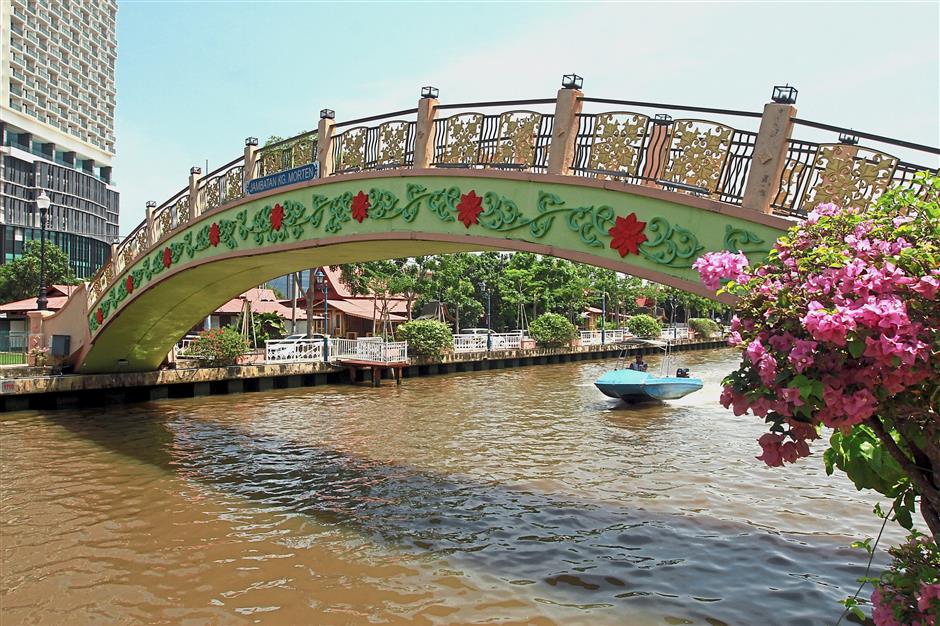 The Kampung Morten bridge over the Melaka River is another popular attraction in the village.

Recalling life in the 1960s, Ibrahim said the village used to be a quiet settlement away from the hustle and bustle of the town.

“Kampung Morten still maintains its charm despite the modernisation along its fringes,” he said.

Ibrahim said he used to get busloads of tourists who wanted a taste of kampung life and his house offers a living museum experience for the visitors.

The house was built in 1921 by Ibrahim’s late grandfather and was turned into a museum in 1991. It is currently the oldest traditional house in the village.

“I have received thousands of visitors to Villa Sentosa from all over the globe.

“Some stop by while walking along the pedestrian walkway that fronts the house,” he added.